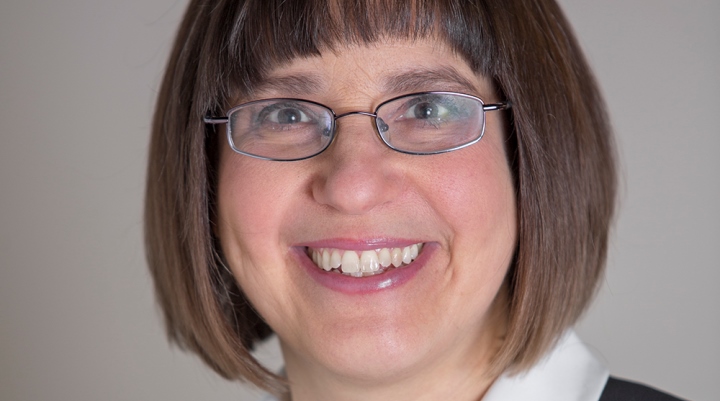 Dr. Tammy Movsas dates back her determination to accomplish goals to her preschool years. For her third birthday, her parents bought her a small, shiny blue bike with training wheels for her birthday.  Though she appreciated the gift, she did not like the idea that the bike had training wheels on it. Her six year old sister’s bike did not have any training wheels, and if her sister could ride a bike without training wheels, so could she.  She convinced her dad to remove the training wheels and from that day forward, she would fly down the sidewalk pedalling as hard as she could until she would fall and then get up and try again and again.  Within a few weeks, the little 3 year old girl was proudly and successfully riding that two wheeler down the street.

Over the years, her passion for innovation allowed her to successfully pursue a wide variety of research endeavors. In 1982, she was the recipient of one of the prestigious Westinghouse Science Talent Search Awards (now called Intel Science Talent Award) for her work in cancer biology for which she received an invitation to the White House to meet with Vice President Bush as well as a letter of commendation from President Reagan. Following that, she worked in several basic science research laboratories; one highlight of which was an internship during the summer of 1982 at McArdle Laboratory for Cancer Research under the phenomenal mentorship of Nobel Prize Winner, Dr. Howard Temin. Other awards received for her lab research have included the American Veterinary Association Biomedical Research Award and 4th Grand Prize in Biochemistry at an International Science Convention.

After graduating in 1986, cum laude in Biochemistry and Molecular Biology from Harvard University, Dr. Tammy Movsas attended the Washington University School of Medicine in St. Louis where she pursued her medical studies. She then completed residency training in ophthalmology at the Washington National Eye Center in DC, followed by a fellowship in pediatric ophthalmology at St Christoper’s Hospital for Children in Philadelphia and then another fellowship in neuro-ophthalmology at the University of Pennsylvania. She then practiced ophthalmology for 12 years before deciding to leave clinical practice to focus her career on research endeavors and public health. To acquire the skills for her career advancement, she participated in a preventive medicine residency at University of Michigan between 2008 and 2010. This residency training enabled her to become board-certified in preventive medicine as well as earn a Masters in Public Health (MPH) degree in epidemiology. In 2012, she completed a perinatal epidemiology fellowship at Michigan State University. During these aforementioned years of training, she became adept at study design and statistical analysis.  Over the years, she has lectured at many meetings and her work has been published in prestigious peer-reviewed journals. In 2012, filled with entrepreneurial spirit, she launched Zietchick Research Institute (ZRI) to develop new therapeutics for ophthalmic disorders such as diabetic retinopathy and retinopathy of prematurity.

The novel concept that hormones produced by the placenta and by the pituitary may influence eye development and eye disease was inspired by my unique, multidisciplinary background in ophthalmology, perinatal epidemiology and preventive medicine.  About 5 years ago, I became determined to investigate my new ideas so that I can develop effective, new treatments to prevent blindness in millions of people.  For example, diabetic retinopathy is the leading cause of blindness in working age adults. Over 100 million diabetic adults around the world suffer from visual disability from diabetic retinopathy.  In the pediatric age group, retinopathy of prematurity is the leading cause of blindness in children in the U.S. and abroad. There are currently no preventative agents available for either of these disorders.  We, at Zietchick Research Institute, are currently developing new hormonal-based agents to both prevent and treat both of these horrific diseases.

In how long will your company become profitable?

Drug discovery is a long process that can take a decade or longer.  At this time, we, at Zietchick Research Institute, are identifying candidate treatments for a number of potentially blinding eye disorders. We are in the midst of pre-clinical safety and efficacy testing for some of our new treatments in our laboratory. After this process is completed, we will formulate our drugs for human clinical trials.  During this process, all money acquired by grants, by personal investment and/or by outside investors is invested into the research and development of our intended therapeutics. Assuming that our therapeutics are successfully shown to be both safe and efficacious, our new eye treatments will eventually be marketed and ZRI will become profitable. I expect for Zietchick Research Institute to become profitable in 5-8 years time from now.

Over a 2 decade period of time, prior to my founding of my private research institute, I read a large, amount of diverse, published medical literature dating back to the 1920’s and extending to the present time and  systematically integrated as much information as possible from these readings in my mind. Because I was able to piece together so many different clues from almost a century worth of published studies. I was fairly confident that I could solve the problems that I had been contemplating. All that said, there is a huge difference between theoretically solving a problem in one’s head and proving that it works through laboratory investigation.  As to be expected, many of my initial experiments yielded unfavorable results. However, I knew that I was on the right path and I made sure to learn something from every failed experiment. By making careful observation from each and every experiment, I persisted and re-thought and re-designed and then repeated many different experiments until I were successfully able to move forward with my work.

I like to think of myself as a virtual mountain climber.  I wake up each morning thinking about what goals needs to be accomplished and what I need to do to move closer to the summit of a virtual mountain top. I also contemplate all the things that can possibly go wrong which may make things slide backwards down the slippery slope.  I think that what makes me most successful is that I do not get discouraged by setbacks. To me, success as an inverted form of failure. When things do not proceed as planned, I remain optimistic and I re-think, re-plan and re-experiment until I get it right.

What has been your most satisfying moment since beginning your company?

It was a thrilling moment when I learned that I was awarded my first federal grant from the National Institute of Health (NIH) to pursue my research endeavors. I started my company, Zietchick Research Institute, with a distinct vision for how I can improve eye health for large populations of people by developing novel treatments for eye diseases.  However, to move forward with my work, I needed funding. I  decided to write an grant application to the NIH. Applying for an NIH grant is not an easy process. The grant application involved several months of work.  It consists of a multi-paged application that includes well thought out descriptions of the significance and potential impact of the proposed work as well as a detailed plan as to how the hypothesis will be tested and how the results will be analyzed. Less than 15% of grant applications are funded. When I learned that a team of scientists reviewed my application and agreed that that I have valuable and novel ideas to share with the rest of the world and that my work would be funded by the federal government, I was overwhelmed with excitement.

What do you dream about achieving with your business?

Diabetes mellitus affects >380 million individuals worldwide and its incidence is increasing at alarming rates. Diabetic retinopathy , the most common complication of diabetes, is the leading cause of new blindness in working-aged persons in the U.S. Unfortunately, existing therapies are limited to advanced forms of diabetic retinopathy. While current therapeutic approaches treat some of the sight threatening complications, efficacy is inadequate as the disease has already progressed. There is a critical need for therapeutics which would enable initiation of treatment before visual deterioration. I am most excited that at Zietchick Research Institute (ZRI), we are investigating a potentially transformative therapeutic approach to addressing early stage diabetic retinopathy. I am optimistic that we will soon develop a new therapeutic that will visual disability in millions of diabetic adults.

A drug discovery research institute such as ZRI is a very costly business to run and I am in the midst of investigating different avenues of financing and funding (in addition to federal grants) for my company so that we have the funding we need to develop our therapeutics to prevent blindness.  I am currently devouring as much knowledge as possible about traditional sources of funding such as convertible debt and equity as well learning about new  new-kids-on-the-block such as crowdfunding.   Some of the business books that have helped me evaluate difference ways to raise capital, attract angels and venture capitalists and develop a great pitch deck have been “Venture Deals” by Brad Feld and Jason Mendelson, “Get Backed” by Evan Baehr and Even Loomis and “Angel” by Jason Calacanis.

My company has recently purchased 21st century quantitation equipment called the meso-scale discovery (MSD) platform. This technology utilizes a technique called electrochemiluminescence to allow the measurement of multiple molecules in biological samples as small as a TRILLIONTH of a gram (picogram). Our acquisition of the MSD platform will allow us to profile biomarkers (such as signaling proteins) in our samples and I am certain that this will directly advance our drug discovery which will ultimately lead to improvements in eye health.

How have you tried to excite your own family about scientific discovery?

All four of my now-grown daughters can attest that scientific discovery was an everyday experience in our household.   One of my favorite examples pertains to observations we made by watching the fish in our aquarium. Several years ago, we awoke one morning to see hundreds of dot-sized baby cichlids in our tank.  In an attempt to block a large, predatory parrot-fish from gobbling up the babies, the 2 parent cichlids formed a V-formation and tried to keep the babies behind them within the V. However, this strategy was not successful and within 24 hours, every baby cichlid was devoured by the parrotfish. Approximately, 8 weeks later, the same situation occurred and once again, every baby was devoured.  Then approximately 8 weeks later, the same situation occurred for a third time but this time round, the parent cichlids re-strategized. Instead of forming the V formation around the babies, they formed the V-formation around the parrot fish to keep it from accessing the fish fry.  Low and behold, this new strategy actually worked. Hundreds of baby fish survived! This was an incredible life lesson for my children to see how re-strategizing is critically important for survival for all of us.