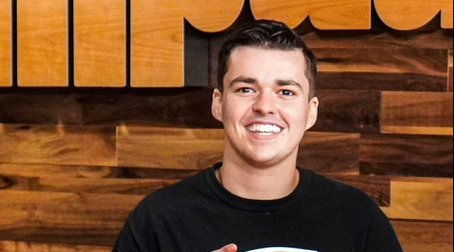 At the early age of 17, Zach Hirsch was the most accurate sports handicapper in the world before even leaving high school. In 2019, Zach picked an unprecedented one hundred percent of all his FBS college football games correctly – including the SEC Championship, the College Football Semi Final Game and the National Championship Game. This would be the first recorded perfect season in sports handicapping history, with 21 out of 21 games picked correctly.

Zach’s incredible intuition into sports also led to him choosing the right winner in over 90% of all NFL, MMA, Boxing and ATP Tennis picks correctly – including the Super Bowl, the French Open of Tennis, the US Open of Tennis and several UFC Championship bouts and several Boxing world title fights.

With his experience and expertise, Zach has launched two of his own websites, IPickWins.com and pickwins.com, which offer insights into sports and betting. Zach also has been active in both Logan and Jake Paul’s boxing careers, training beside them and offering real time analytics based on their performances.

In his free time, Zach has helped raise money, and supplies for Haiti and the countries relief efforts. He has also visited the country. built a house for a homeless family and volunteered at a local orphanage.

How did you get started as a sports broadcaster?

I always had a passion for it, but never really had the opportunity to unlock it until 9th grade when I was allowed to take over my high school’s Facebook account and do a live presentation on sports every week.

How do you generate revenue as an entrepreneur?

I have a pick service launching for NFL week 1 on ipickwins.com and offer insights on fantasy sports prop betting. While I’m only doing football now, I plan on expanding into all sports in the near future.

How long did it take you to start making money as an entrepreneur?

When I was just 10, my dad stopped at a smoothie shop one day and learned that the shop was hosting a sports pool with a $500 reward to whoever got the most bets correct. He bought us both tickets and weeks later he had learned that I had guessed all 16 games correctly and had won the $500.

I had a 15-0 start to my career with picking the right winners, but my prediction that Logan Paul would win against KSI in the second fight was my first loss. Since this was such a high-profile bet, I faced a lot of backlash that made me doubt myself a little. Rather than get bogged down with negativity and doubt I continued to move forward and learn from the experience, knowing that I’m only human and mistakes are inevitable.

My first interview as a sports broadcaster was actually an audition for the broadcasting company DAZN. I was only 17 at the time and interviewed the world champion boxer Dimitrius Andrade.

What is one marketing strategy (other than referrals) that you are using that works well to generate new business?

I believe that you should have at least 1 major differentiator between you and your competitors and do what you can to really set yourself apart. Having a unique name and good branding will help with that.

I wanted to make a documentary on Jake Paul, but I only had one week to make it happen. Deciding to follow through on it was extremely stressful and demanding – sacrificing sleep with editing, filming, creating – but I got it done and it turned out great.

I’m truly my authentic self and I don’t portray myself to be anyone else. I do my best not to pay attention to anyone else to avoid being influenced and remain as unique as possible.

I’m most excited about Ipickwins.com and launching Pickwins.com so I can finally show everyone what I’ve been working on.

Invest in Cryptocurrency – But also, be yourself and don’t worry so much of what others think. Just focus on becoming the best version of yourself.

Yes – I would love to help anyone trying to break into the interviewing business. You can DM me at @Ipickwins on Instagram or on Facebook at https://facebook.com/iPickWins.