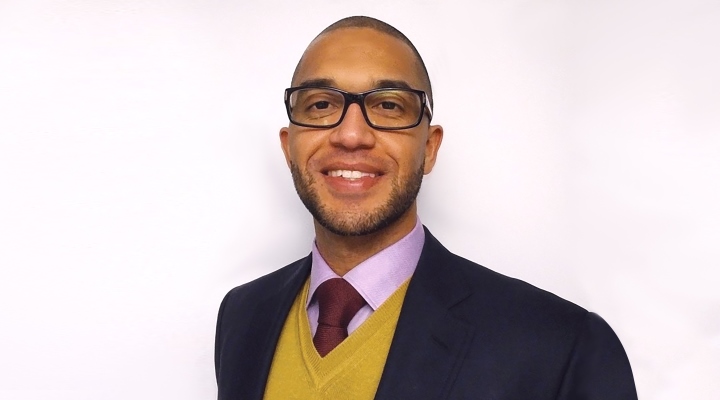 Yelian Garcia was born in Havana, Cuba in September 1981. Yelian was the second child born to Mercedes Valdes and Alfredo Garcia, he has one older sister. Both Mercedes and Alfredo are university graduates; Mercedes studied psychology in Havana and Alfredo studied medicine and later went on to obtain a Ph.D. from the University of Rostock in old East Germany. The family immigrated to Toronto, Canada in 1994 and has called Toronto home ever since.

Yelian attended elementary and high school in the west end of Toronto (Rexdale area). During high school he focused mostly on sports like baseball and track and field, he also was very active in the school band, studied trumpet and to this day remains an avid jazz fan.

Academics were also among Yelian’s interests and he obtained top grades in his grade 13 algebra, calculus and chemistry classes in high school earning him recognition upon graduation. He obtained an academic scholarship and attended York University for his undergraduate studies in biology and chemistry. Yelian Garcia then went on to study medicine at S.U.S.M (Saba University School of Medicine), an off shore American school in the Caribbean. Yelian managed to obtain the highest grade in school history up to that point on the rigorous USMLE Step 1 exam, a standardized medical exam which is rumored to be the most sophisticated standardized test in existence, he scored a 262 which placed him in the 99th percentile.

Upon graduating medical school Yelian got admission into the orthopedic surgery residency program at McMaster University in Hamilton, Ontario; a highly competitive program and at the time the second largest orthopedic surgery program in the nation. Yelian Garcia completed almost two years of his 5-year orthopedic surgery residency when he opted out of the program to complete the much shorter family medicine residency. In early 2015 Yelian and a small group in the insurance industry profession got together and their entrepreneurial spirits led them to form Legal Expense Canada, an insurance broker start-up which is poised to change the insurance industry and the legal landscape in Canada with their eye on the American market. In late 2015, Yelian Garcia decided to pursue his profound interest in the financial industry and completed the Chartered Investment Manager designation as well as the Derivatives Market Strategist certificate through the Canadian Securities Institute. In 2018 he took things to a higher level by enrolling in the International MBA program at Schulich School of Business and undertaking the CFA program. He is currently a CFA level 2 candidate.

I had the great opportunity and good fortune of being friends with Rick and his father Byron Messier; I have always found that friends and those we keep close make the biggest impact in our lives…for better or worse. Rick is a long-time insurance professional and Byron is a retired and well-known insurance industry CEO. Long story short, Rick approached me with the idea knowing that I was ready to exit medicine and interested in entrepreneurship and wanted to educate myself in all sorts of financial matters from corporate finance to capital markets. We discussed the business plan and essentially went to work…countless sleepless nights later and lots of Excel spreadsheets come and gone and before you knew it, we had Legal Expense Canada ready to go. Byron was not as actively involved but he did provide us with great insight and moral support; needless to say the whole LEC team is forever grateful.

DAS Canada, our insurance underwriter has exclusive access to LEC proprietary products which are then distributed to the mass market including retail. LEC has also negotiated contracts with some organizations and financial institutions.

To be honest I would not say we’re profitable yet, we have very clear metrics and ambitious profitability metrics which we’re working hard to achieve and I’m happy to report that fiscal year 2019 is likely to me a milestone for us and our profitability as we define it. My apologies for not getting into more specific financial details but LEC is a private company and we have opted for a minimalist disclosure. We don’t need the fame nor the glamour, we simply want to serve our customers, improve their quality of life, give them peace of mind and help them get through any and all legal nightmares with not sleepless nights.

Not just a time, all the time *laughs and smiles*. Entrepreneurship is not for the faint hearted, it is always a high-risk proposition and you must be sure of yourself and be confident in what you’re doing and in those you’re working with. I was fortunate that the LEC team came together and we all lived and breathed confidence and level-headedness…but of course that does not guarantee success, it just lets you sleep better at night as you rest on that bed of uncertainty.

Rick would be much better than me at answering such a question, but long story short we simply leveraged his existing relationships in the industry and his solid reputation. Re-inventing the wheel is great, but one should certainly avoid doing so if possible. Human capital is scarce and should be subject to strict and efficient capital allocation guidelines.

We meet with organizations and corporate clients face to face, answer phone calls, return phone calls, reply to emails and we’re consistent and reliable. Sounds simple, and not at all like the complicated marketing strategies I study in business school, but the world is often simpler than it seems.

I feel like my first semester of the MBA/CFA was one tough decision after another. It has not been easy to carry such a work load and still attend to some LEC matters. Most candidates study for CFA exams for 6 months to a year, I prepared for level 1 for 3 months while also looking after my MBA workload without much over lap between the two. I’m happy to report I passed CFA level 1, which had a 45% pass rate for my cohort. But perhaps I digress a little, the hardest decision in the past few months has been to put aside family and friends as well as my partner Marie who has been extremely supportive throughout.

My formula is simple: IQ x EQ x CQ where CQ is what I call the curiosity quotient and the other two are the familiar and empirically established intelligence and emotional quotient. You need to be curious about the world around you and the possibilities that are one decision away, one sacrifice away or one dream away.

The text messages and middle of the night or day phone calls from Rick and other members of the LEC team saying, ‘we got this deal done!’ or ‘we are off to the races!’. I love the energy, sense of satisfaction and enthusiasm that comes through on those calls. I was also quite excited when LEC was accepted into RIAD membership (International Association of Legal Protection Insurance) and we were invited to their first North American meeting in Montreal.

We’re working on some significant deals with large financial corporations, I can’t discuss names with one exception, MasterCard. I’m most excited about seeing the full potential of LEC and seeing a change in the Canadian legal landscape and I am absolutely excited about expansion plans into the American market and seeing what effect we have in that sort of litigious environment.

I will have to digress somewhat on this. I can’t say LEC has made any recent strategic purchases but I have decided to venture into Cuban real estate, have purchased property on the island and I am working on establishing more contacts on the ground as I fully expect the Cuban market to continue to open up and for continuing opportunities to reveal themselves.