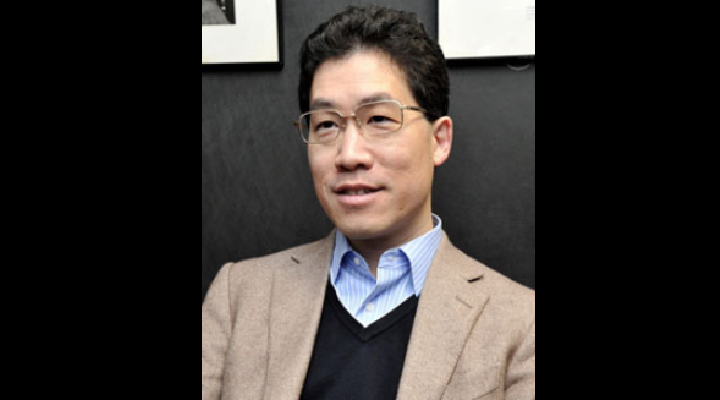 William Saito was an early innovator of software technology and created an entire company out of his dorm room at the University of California, Riverside. He went on to be named Entrepreneur of the Year in 1998 by the NASDAQ, Ernst & Young, and USA Today.  He has since become a principal investor in more than 25 startup companies, establishing himself to be both critical to a business’s success, and keen to understand the needs of many startup companies.

He’s been on the forefront of leadership within the technology sector having held many leadership positions serving as an advisor to Pricewaterhouse Coopers, the Chertoff Group, and the World Economic Forum. William Saito also was a key advisor to Prime Minister Abe and his Japanese Cabinet.

For decades, William Saito has been at the forefront of disruptive technologies both within the C-level G2000 and to cloud computing and network security. He is regarded as one of the foremost authorities across international platforms on cyber-technology and is a thought leader.

Saito believes that the real test of a company is to search for failure from the start. By taking a risk and failing, he believes that what is learned can translate quickly into success. He is a professor at UCLA’s Anderson School of Management and the University of California, Riverside.

What is the best advice you can give someone just starting out and wanting to learn more about this industry?

I think that our education systems don’t tend to lend themselves to support active and purposeful failure. Which is a shame, because honestly, you can spend years, decades even, sitting in classrooms and absorbing information and acquiring degrees. But the real way of learning, I’ve found, has been from doing the business, failing at it, and doing it again.

Get on the exchange, go overseas, get an internship, start a company, do something that makes you stand out and differentiates you and your skills from any and everyone else who is trying to make it.

On a broader scale, if our education system was set up that students set out to create opportunities, and fail, that it would not ruin them financially or creatively.

That being said, yes, being able to walk into a prestigious program or university is difficult, and it’s also extremely, but it’s also essential that you check your attitude when you get there.

Your university accepted you based on your potential. Don’t think of it as a vacation where you already know everything. This is the most important, formative time for you to experiment, network, start things, fail, start other things, fail again, and have none of it affect your permanent record or your resume.

When you graduate, when you step out into the business world, you won’t be able to have the luxury of time to experiment quite like you do when you’re at school. Use your time wisely. Invent, create, explore, fail, learn, fail again, learn some more.

This is what makes the people who start companies exponentially successful. I hope that universities support this concept as well, and I tend to push it on my students when I present.

How do trends in politics and international policy affect the success of startup entrepreneurs?

After the 2008 financial crisis, we were seeing a lot of trends in startups where new businesses were popping up, often in response to what was happening on a national or international stage.

When bubble eras are in a process, the barriers to getting funding get lower. It seems any and everyone is willing to jump on the bandwagon to get a piece of the action. We’re seeing a lot of this now with the disruptive technologies, particularly in the financial technology sector.

But truthfully, I think a startup has the potential for exponential success when they begin in an era of financial stress. Access to money isn’t as prevalent during those times, and how to maximize a budget becomes a priority when you’re pitching to investors and asking for trust and equity.

I think if you’re starting a business or if you’re searching for investors, know that everything is cyclical. You will have peaks and valleys, and for those who survive the valleys, they do so because they’ve spent the time honing in on their fiscal responsibility. This makes a company smart enough to handle the bad years, as well as the good.

What are the things that you evaluate when choosing to invest in a start-up?

I look for many things when it comes to where I choose to make an investment. Often, I will meet with the team and establish if there is potential for collaboration beyond investment. I love working with entrepreneurs and students to exchange ideas and find that that kind of setting is best for creativity and innovation.

I also look to see if they’ve had a point of failure already occur. And if not, how open and prepared they are to handle a significant failure in starting their business. If they haven’t or if they aren’t capable then it’s a no for me. I find success is directly correlated to failure and how that failure translates into growth.

I also, honestly, look at the diversity in a team. If a start-up is supported by a variety of genders, sexes, ages and how this has impacted their growth thus far. I believe that diversity allows for a particular kind of conversation and growth where you are able to expand what you know, or what to expect when it comes to identifying pressure points within your business.

When teams limit their diversity, they limit the scope of what they know could go wrong (and in some cases what could go right as well!).

How do you foresee the global entrepreneurial environment changing in the coming years?

I do a lot of my work in Japan and have for many years. I believe that this generation faces many challenges that really should be considered opportunities. What the people of Japan are experiencing, currently, is an aging population, and also a decreasing population. This is what many other countries can anticipate in the coming years as well.

To mitigate this, I think it’s crucial that entrepreneurs recognize their limits within their own borders and adapt to the global culture. Global leaders have a tendency to bring a specific entrepreneurial spirit to nearly all of their interactions.

The quality and specialties of young global leaders are essential to today’s society. By soliciting different ideas, different ways of thinking, and from different people, it becomes a baseline for a global context that can inform and help establish the trajectory of the entire scope of a business venture.

I believe young entrepreneurs should choose to work with the less fortunate and not forget that the next generation will be able to take these concepts and improve upon them in their own time.

Leaders may find themselves forced to engage with other global entities to establish relationships and build up industries beyond their own country and borders. This is how the world will shift in the coming decades, and it’s essential that as we continue to see this kind of shift in population and growth, that we also adjust our expectations of what is possible.