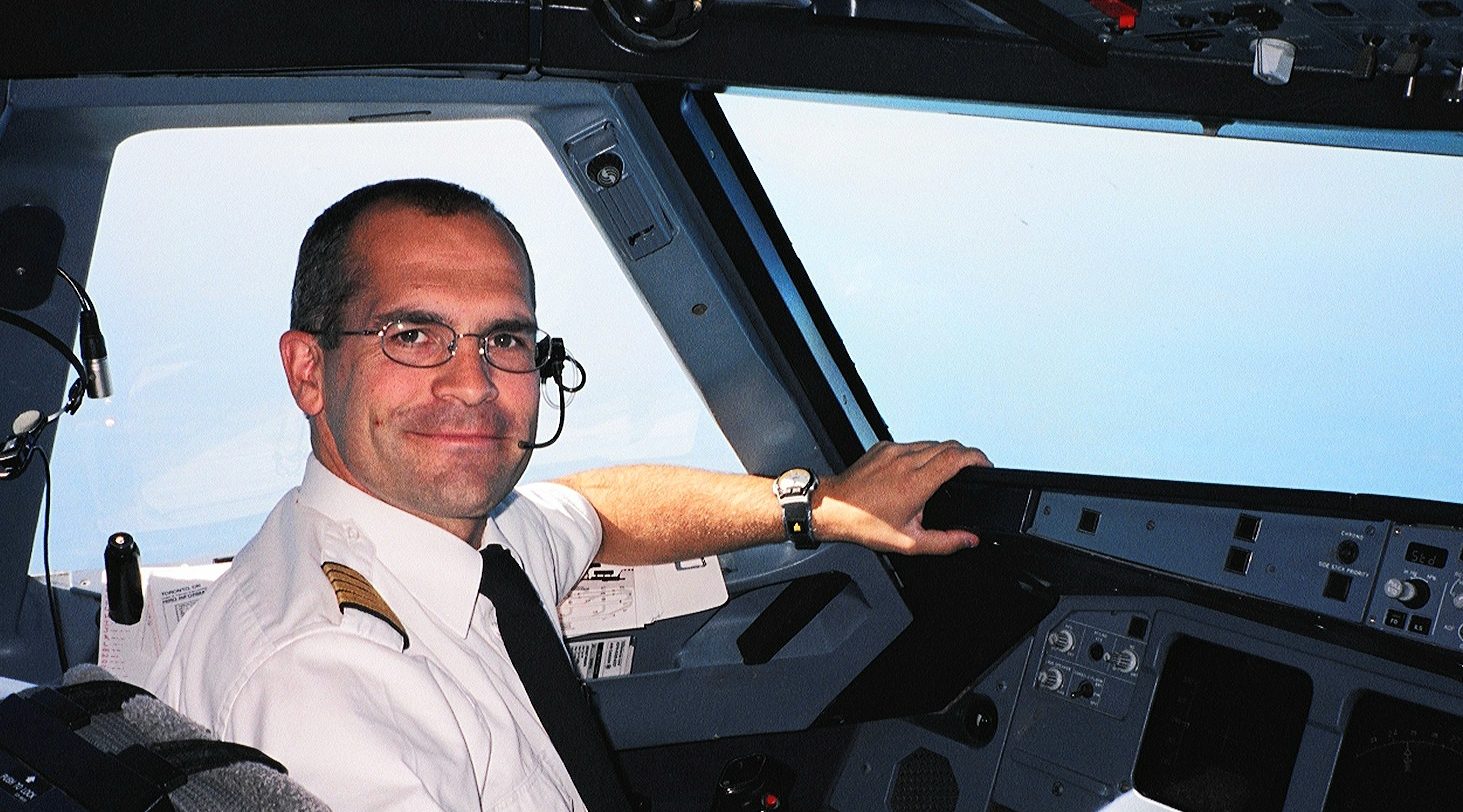 William Matheuszik is an Airline pilot with more than 18,000 flight hours in his career. He has flown all size planes, from small propeller to Boeing 767 jets. Born in Montreal, Quebec, William is both a Canadian citizen and German citizen.  William found his inspiration from his father who was also a pilot. In fact, one of the planes that both he and his father had Captained at different times is on display at the Aviation Museum in Ottawa.

When first starting, William flew cargo and charter passenger flights throughout Eastern Canada. As he gained more experience, the planes got bigger and the flights got longer. William is an adventurer and flying has allowed him to experience all the beauty the world has to offer. He sees his career as a hobby he is fortunate enough to be paid for.

My inspiration was my father. He was a pilot and I fell in love with traveling at a young age. The funny thing is, I didn’t want everyone to think I wanted to be just like my Dad. He gave me the idea to be a pilot, but I wanted to be my own person. The desire and drive is all mine. This is a career you have to have an overwhelming passion for. This can be a 24-hour, seven day a week job with all the scheduling.

You’re flying through different time zones; you can be exhausted at the end of a day. As you get more experience, the reward gets higher in regard to pay, but it’s still an all-encompassing career. You’ll be flying day or night and you’ll be flying in constantly changing weather. There has to be that passion or it’s not worth the time and energy you put into being a pilot.

My hobby is my income-generating career. I get paid for flying. I’m fortunate that I was able to turn something I love to do into something that supports myself and my family. Not everyone can say that.

The flight training took about two years. My first job was an apprentice-style job and I made barely more than minimum wage. I would say at least ten years before I made it to a level where I could comfortably say was profitable. Flying has such a large range of income levels, I honestly don’t know of any other field that has such a wide gap between beginners and those with more flight hours.

When I was flying for Voyageur Airways, it was during the recession in the late eighties. I was laid off and had to work at Avis Car Rental driving a shuttle car for two to three years while waiting for the economy to pick back up.

There were so many unemployed people it wasn’t easy finding work, especially something you really loved. I just kept listening for that opportunity and soon as I could, I got back into the pilot seat. I think every field has the potential to go through some rocky times. The best way to handle it is to hold on to that passion and commitment that started you in the career. Things will turn around as long as you work hard and keep working to achieve your goals.

How did you get your first flight?

My first job was acquired through networking. One of my former flight instructors was working for the company that first employed me.

Networking in any field is a great resource, and the pool for flying isn’t a huge one. It just so happened that when I reached out to him, the company was looking for a pilot. I was able to interview and was offered the job.

What is one marketing strategy, other than referrals, that you have used?

Every pilot has to market themselves because we all have different experiences. We fly different planes and in different environments.

You have to market your strengths and it helps to have great interpersonal skills. It’s like a salesperson selling a product. You have to present yourself as the product and show how your specific experience makes you the right person to be hired.

I actually haven’t had anything personally that was a tough decision lately. In aviation, there is a lot of problem-solving. For example, if you’re getting ready for a flight and there are storms in your expected path, you may have to change the flight plan to reach the destination. That is a constant process.

You need to make sure you are getting your passengers or cargo where they need to be, but of course you need to do it safely. Sometimes, the original plan isn’t the right one for that particular day.

My drive and my passion. I am stubborn as a mule and I am always pushing forward. My Dad always used to tell me, when things get tough just put one foot in front of the other and keep walking until it becomes easier.

That has been something I have followed throughout my life. Even when things have been difficult, I didn’t deter from where my passion is. I would just hold on until things calmed down.

What has been your most satisfying moment in the industry?

When my father and I got to fly together, that was a great moment for me. He was my inspiration for my becoming a pilot.

He was the captain and I was the copilot. I also really loved when I became Captain of a large aircraft with the responsibility of up to 200 people behind me. It’s such an absolute thrill to have that opportunity and that trust placed in you as a pilot.

What does the future hold for your career and what are you most excited about?

I am excited about the new opportunities. I look forward to seeing new environments and new cultures. I have always loved the adventure that flying brings naturally. It’s such a rewarding career and you are constantly exposed to different things. I expect more of that as I continue in my career.

I read books as a source of entertainment. They help take me away from the day to day and put me into a different world. I primarily read science fiction and they can really get you thinking about the what ifs in life.

What’s a recent purchase you have made that has helped with your career?

I bought custom ear plugs for my headset. I didn’t like the ones that came with my headset, so I had them specially made almost like hearing aids, so they’d be more comfortable.

What are some of the amazing things you have seen while flying?

I have witnessed several amazing things in my time as a pilot. One of my favorites was the Northern Lights. They are usually different variations of green, but I have seen them when there has been an array of colors, like a rainbow after a storm. Just awe-inspiring to see in person.

One flight I took, I left southern Ontario at 30 degrees celsius and landed at Iqaluit, which is in the Canadian far north at 4 degrees celsius. When I take southern routes, I’ll leave with ice and snow on the ground and land in St Lucia, West Indies where it’s much warmer, then back to the snow in just a few hours. I’ve seen the glaciers over Greenland. One night, I saw a line of lights in the ocean almost like Christmas lights.

We looked with binoculars, and we figure it was a fleet of fishing ships working. I have flown several celebrities over the years and have had the opportunity to meet such a variety of people and see so many different cultures. It has been the most amazing experience for me, and I have loved it so much.