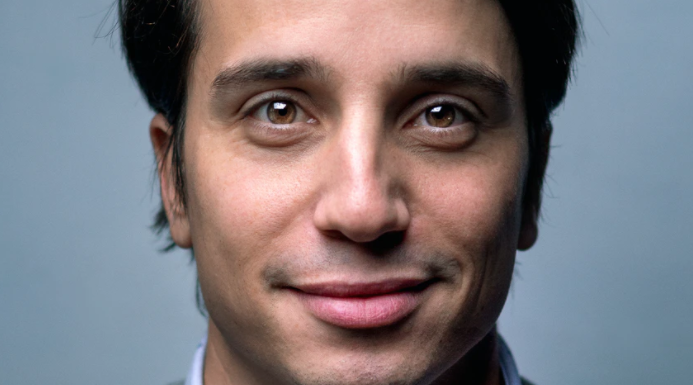 Vincent Celebrado is the founder and CEO of ClouGaming, where he directs and oversees all ClouGaming’s product’s creation, design, production, and distribution.

Celebrado is a San Francisco-based businessman who was born in the United States. He earned a Computer Sciences degree from the University of San Francisco and worked as a programmer before turning his passion for gaming into a large corporation. Under his guidance, ClouGaming has earned a reputation for its work ethic, efficiency, sincerity, consistency, and meticulous attention to detail.

Some of the company’s high-profile projects is the creation of a cloud-based gaming service that, along with its large pool of video games, allows the player to experience playing hardcore games without being limited by the hardware of their computer.

Vincent Celebrado is also very concerned about the newer generation of video game developers, which is why he has been contributing effort and money in order to jumpstart new developers’ aspiring projects. Because of his love of video games, Celebrado also makes time for monthly guiding sessions where he meets up with anyone who is shares his passion for games so that he could guide the ones that are interested in joining the development of such games.

How did you get the idea of starting a gaming-related company?

I’ve had a strong desire to play video games since I was a child. Still, there has always been an unfair side to the video games sector, which takes form in the inability of the people with limited budget to get high-end hardware to keep up with the latest games. I had the impression that there was an unmet demand and that gamers were being overlooked.

ClouGaming was created on the spur of the moment, and it posed numerous obstacles in the beginning. We were entering a brand-new field that had never been examined before. As a result, we were having serious reservations about the project’s success.

Nonetheless, everything came together in the end, and the rest is history.

ClouGaming was formed as a result of my passion for gaming and video games. ClouGaming creates products for the gaming community, which contributed to the creation of the cloud-based gaming industry as we know it today. We’ve built one of the world’s largest gamer-focused cloud services over the last few years. To sum it up, we’re simply trying to make gamers content.

How long did it take for your business to take off?

We have been able to make money since the beginning of our company. However, in recent years, we have begun to invest in a wider range of cloud gaming services, which has culminated in our company growing stronger.

Did you ever doubt your company’s potential? And if yes, how did you handle that?

We were aware that there was a growing need for alternatives to traditional hardware-based gaming, but this was uncharted ground for us. Naturally, there were a lot of concerns. We kept pushing forward as enthusiasts because we still believed in the community. ClouGaming is currently one of the world’s top gaming businesses as a result of our tenacity.

It wasn’t one specific first customer, but the gamers’ community overall was waiting for it. The success was overwhelming when we launched the first version of our cloud-based gaming service. That pushed us to develop better variations of our cloud service, in addition to very affordable but optional complementary tools to maximize the gaming experience.

What is one marketing strategy (other than referrals) that you’re using that does the job of generating new business?

By forming a network of people who are all related. ClouGaming products are popular among youngsters and millennials, and we’ve established ourselves as a well-known brand. I believe it is because we have always been really enthusiastic about it and have always adhered to values and customer satisfaction.

Our brand relies heavily on community engagement. ClouGaming has a large number of social media followers with whom we engage on a regular basis. It’s a type of engaging interaction, and in today’s world, being close to your customers is critical.

We have a dedicated set of fans who queue up for hours for new downloaded content, as well as 24/7 for new store openings, even in harsh heat or rain. People frequently inquire as to why we place such a high value on engaging with our fans on social media. It’s clear that ClouGaming has created a family-like group that is truly priceless.

What is the hardest decision you’ve had to make during the recent hard times?

The economy has taken a hit as a result of COVID-19, which has affected several firms particularly hard. Even though ClouGaming was lucky in that it was able to continue operating with little to no constraints, administration had to undertake several difficult decisions about how to handle the company in order for it to hold steady.

I, together with my executives, agreed on a pay cut early in 2020 to conserve money and support our staff throughout these difficult times.

What do you think it is the secret behind your success?

Love, that is the secret. Working in the gaming field never stopped me from playing video games myself. Whether it is a few casual games of Among Us or playing God of War 4 on a long exclusively video game-based day. While knowing one’s audience is important, being part of them is an even better option. My company basically operates on a specific moto, “made Gamers for fellow Gamers.” And that is exactly the basis of our most important choices.

I have had many satisfying moments throughout my journey with ClouGaming’s. Every new product we release, every new member our company gains, and every satisfied client provides us with great joy. It’s difficult to say since, as a corporation, we’re constantly striving for the next big thing.

What does the future hold for your company?

Gaming is a multibillion-dollar business in today’s world, particularly because young people all over the world play video games. ClouGaming is one of the most well-known providers of cloud-based gaming services, hardware, and software that accompany the gamer’s path, and we are dedicated to exceeding all of their expectations and demands.

What business-related books have inspired you?

One of my major motivations in life is reading biographies of various businessmen and entrepreneurs; it is really fascinating to learn from their experiences and perceptions.

Everything in existence, I feel, can present us with new experiences, which is why it is critical to use those experiences to better oneself in many other aspects. I’d tell my younger self not to be scared to try new things, especially if they aren’t directly related to his goal. Most of the time, you will realize that you are accumulating information and also that your encounters will aid you in all you have to do.

But, most crucially, never lose sight of your passion and allow it to motivate you all across your career.

While working hard might yield positive results, to be genuinely outstanding, you must be enthusiastic about and have trust in your decisions. This will help us stay inspired while also motivating those who share your enthusiasm.

I would really like to be a mentor. In fact, I have been doing numerous sessions over the years in order to help and guide the younger generation, but I stopped due to the ongoing Covid19 pandemic and its effects on my life, my business, and society in general. Still, I would post updates regarding the mentoring and guidance sessions as soon as this current pandemic stabilizes, which is why I would suggest to anyone who is interested to just check my or he company’s social media page for any possible updates.