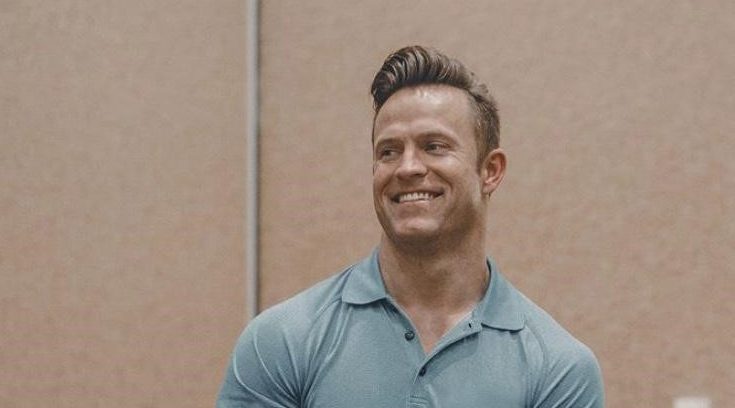 Travis Zipper went to college on a football scholarship and planned to study engineering. He quickly learned that was not the path for him. In his 20s he ventured into a lot of different things and felt he was primarily money driven. A series of events, including losing what had been his highest paying job, helped him to look deeper and consider what would be a better choice for him. During that transition he got into healthcare and began seeing how he could make a difference in people’s lives.

Travis got involved in healthcare initially by working as a health coach at a medical weight loss clinic. That opportunity gave him the experience of working with people, helping them to make changes, and he learned how to communicate as a coach. Through that job he also had the opportunity to attend medical conventions and bring that information back to the clinic. He ended up following his passion and earned his education in nutrition, hormones, genetics, and other topics that he was interested in.

Travis used that knowledge to become a functional diagnostic practitioner and a health coach. He helps clients to get results that don’t revolve around taking drugs or pills. He continues to coach clients with difficult health challenges. He is also an owner and certification instructor at the Nutritional Coaching Institute, a program that teaches entry level health coaching. This year he has created Wellfitz Mentorship, a more advanced health coaching program providing one-on-one mentorship. He is also working on his doctorate in clinical nutrition through the Maryland University of Integrative Health.

Through Wellfitz Mentorship, I teach health coaches. When you coach you reach other people, but by teaching, you reach even more. Everyone you teach goes out and touches that many more people. The reach is a lot farther in terms of paying it forward.

I am also involved with a company called Nutritional Coaching Institute (NCI). I founded it with another person and that is entry level coaching. We transitioned to an online platform with modules and were no longer offering one-on-one sessions. When that change happened, I still wanted to work one-on-one with coaches and I decided to create Wellfitz, which is a more adaptive and advanced program than what was offered at NCI and included mentorship for health coaches.

I continue to provide health coaching to clients with difficult and underlying health issues. I am the owner and an instructor at the Nutritional Coaching Institute as well as a health coach, mentor, and educator for the Wellfitz Mentorship Program.

How long did it take for you to become profitable? When you were starting out, was there ever a time you doubted it would work? If so, how did you handle that?

For two or three years I was living paycheck to paycheck when I first became a health coach. I decided at that time to stop chasing money and I was also staying busy as a competitive athlete. If I paid my bills, it was okay. I enjoyed what I was doing. But over time the revenue from coaching grew and then I was able to move on to even larger endeavors.

I never doubted whether I would be successful, but for some time I doubted the process it took me to get there. I wasn’t sure working at the medical clinic was the best route because I was using medications to help people. I began to question the pharmaceutical model, and that is what led me to becoming a functional diagnostic practitioner and learning to identify the root causes of health problems.

I have coached a lot of health coaches in the past. When I decided to take on people and start one-on-one mentoring through Wellfitz, I reached out to about 25 of the people that I had worked with in the past and asked if they would be willing to consider it and 23 out of the 25 said, take my money right now.

My best marketing strategy is being an authority content wise. I create content that people want to read and are excited to see because it is directly applicable to their health issues and their lives. People don’t want hard selling tactics being pushed on them.

The toughest decision was allowing people to use payment plans or use the honor system to bring people onboard when I knew times were tough for them. I was very flexible with a lot of people, but ultimately reduced my income a good amount. It was done for the greater good, but it put me on a bit of shaky ground.

I have always been a grinder and had no problem putting in long hours and working towards something when I feel motivated. In terms of coaching and being an educator, I say my superpower is the ability to take difficult concepts and break them in simple terms so that they are easily understood and applied.

My most satisfying moments are when business and personal gratification fall in line together. When I have been thanked for how I’ve changed people’s lives or how I’ve shown them something that was holding them back health wise, it helps me to know that what I am doing is making a difference. Those are the things that are the most rewarding.

I am excited that I have a mentorship program in place. It is very rewarding to have created that income stream and that it is running smoothly. There are 12 different modules in place that are like college courses. Now I can focus on working directly with clients and providing one-on-one mentoring through Wellfitz.

The 4-Hour Workweek by Tim Ferris inspired me. I am inspired by books that talk about specific health issues or problem areas that people just don’t understand that need to be brought to their attention. I enjoy the books written by doctors who are teaching but still working with clients. Examples would be The Metabolism Reset Diet by Alan Christianson, Dirty Genes by Dr. Ben Lynch, and Inflammation Spectrum by Dr. Will Cole.

Find something that is rewarding and that you love doing. Don’t chase money. Money will come if all those other things are dialed in.

Yes. I am definitely willing to be a mentor. I am already providing mentorship through Wellfitz.com. I also have a content site with information for health coaches at TravisZipper.com. Those are two sources where they can learn about what I have to offer and if working going forward would be a good option or not. Both sites have a Contact page to reach me.