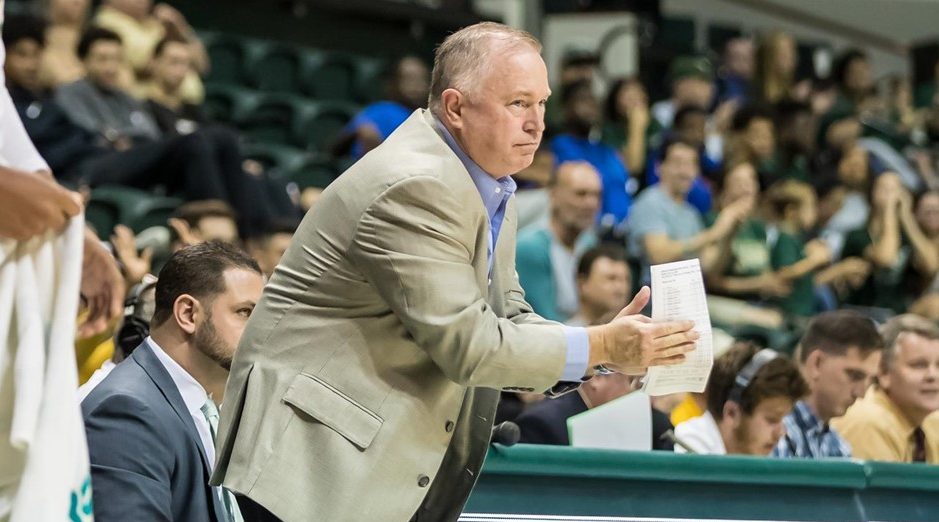 Associate Basketball Coach at the University of South Florida August 24, 2021

Tom Herrion has become the associate basketball coach at the University of South Florida. Herrion was born in the town of Oxford, Massachusetts. Herrion earned a bachelor’s degree in psychology from Merrimack College in 1989. As a Merrimack undergraduate, he played basketball and baseball and served as a student assistant coach in 1986–87. He also spent two years as the junior varsity coach at Cambridge Ridge and Latin High School in Cambridge, Massachusetts.

At Oxford High School in Oxford, Massachusetts, Herrion was a three-year letter winner in basketball and baseball.

In the past, he has also served as the main basketball coach at Marshall University and the College of Charleston.

During his undergraduate coaching career, Herrion served as an assistant coach at the University of Virginia (1999–2002), Providence College (1994–98), and NCAA Division II Merrimack College (1989–94). He played for Pete Gillen’s teams at Virginia and Providence for eight seasons. In four seasons, Herrion helped Gillen lead Virginia to a 70–50 (58 percent) record and three postseason games. Among his responsibilities were obtaining student-athletes, organizing and evaluating opponents, assisting with conditioning and improvement, and game strategy. The Cavaliers’ recruitment classes were ranked in the top ten in the country in three of his 4 seasons with the team.

Throughout the 2006–07 season, Herrion functioned as a television commentator for both ESPN Regional and Comcast, providing analysis for Conference USA matches. He served as a college recruitment and selection consultant at the Nike All-American Camp and the Michael Jordan Flight School before joining Pittsburgh as an assistant head coach.

Herrion is an ardent champion for family and community to understand and prioritize autism patients, especially young people, despite his busy schedule as a coach and athlete.

Ever since I was a kid, I was really interested in sports. Coming from a long line of coaches, I grew up in a household were sports and coaching were a major point. In fact, that whole atmosphere that my father and older brother had around them due to their coaching jobs inspired me to do better and to have pride in my family’s chosen profession. Throughout the years, I did my best to keep myself in the field and gain as much experience while keeping the flame of my passion burning.

What helped you to pursue your passions and reach your career goals along the way?

Staying focused and defining a viable strategy for oneself is crucial, from my viewpoint. When I faced challenges, having a plan in place helped me stay motivated to keep pushing. It also helped me to stay open to new opportunities, which enabled me to further my training, broaden my horizons, and meet some wonderful role models along the way.

Speaking of challenges, how do you deal with stresses that may arise while working in your field?

As a coach, you aid athletes in two of the most important areas of their careers: training and game planning. It can be stressful to realize how much of a duty you have. Similarly, my job as a university assistant basketball coach came with its own set of challenges and concerns. In all facets of my life, I deal with obstacles by keeping a feeling of balance. I work hard, but not at the expense of other important aspects of my life, such as family and society. I also make it a point to eat well, get plenty of rest, and stay as healthy as possible. If your health habits are well-balanced, you will indeed be able to think more clearly.

What is one of your most significant memories?

This was something that I had experienced outside of my coach work. The campaign that Pat Skerry and I had launched for awareness to autism was a huge success. In fact, many people showed interest in our cause and gained more information regarding the whole condition through our campaign. What is really heartwarming about this whole experience is that it served as a voice that reached a lot of people, and that helped us show some support toward autism patients.

What do you think it is the secret behind your success?

I believe that it is passion. The fact that I love what I do, in addition to it being something I was immersed in as I was growing up is what keeps the flame inside of me burning. In addition to that, ethics are another secret to where I am currently. I believe that for a coach, the success of his team is a medal of honor that accompanies them. For that, I make sure to put my heart and soul into providing my team with all the support and assistance that they need in order to be in best shape for every game. In fact, the relationship that I share with the teams I coach is one of family, and not just a simple coach-team interaction.

I would advise my younger self that the world would be a happier place if you just set of all the negativity aside and enjoy the moment since life is too short to live on the brink at all times. Not giving up on your goals, ambitions, and initiatives, no matter how harshly others condemn you. It will all work out in the end, and you will be satisfied with the results.

What does the future hold for you and what are you most excited about?

I plan to keep doing what I do and helping my team reach out to their utmost potential. In addition to that, it intrigues me just to see where life takes me. We’ll see if my team and I would be able to reach greater heights during my career with them and, if possible, even break some records.