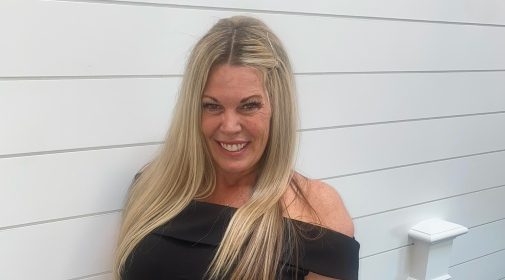 Tiffany Walden grew up in Brevard County. As a child, her mother left her father to raise her and her brother. Because her father was busy, she was regularly left unsupervised. She was taken advantage of on numerous occasions. When she’d finally had enough, she attempted to run away. By this time, Tiffany was about 12 or 13 years old. She was caught, and her father shipped her off to a facility in Orlando, Florida. During the three years she spent in that facility, she was kept in a windowless warehouse and subjected to a variety of verbal, emotional, and physical abuse. She never attended school or engaged in any other form of academics.

At the age of , Tiffany became ill due to Crohn’s disease and pulled from the facility. By then, she was old enough to begin high school.

In 2004, Tiffany moved to Eagle Mountain, Utah with her son for a fresh start. She took a job as a waitress to support herself and her son and began establishing herself in the Mountain West. It was hard work, but motherhood and her father’s legacy kept her motivated and inspired her to push on.

In 2008, Tiffany’s father brought her on to manage 50 former spec homes he was forced to rent out due to the recession, and Tiffany began teaching herself the ropes of real estate. In 2012, she set up her first LLC and began handling property development finance and bookkeeping. At the same time, she continued learning the ins and outs of real estate, quizzing herself on things like sewer pipes, easements, and anything and everything her dad was already an expert on. Noticing her commitment to the business, her father began including her in meetings and introducing her to local government officials, state legislators, and other developers.

In 2017, her father passed away from pancreatic cancer. It was in the hospital that he formally designated Tiffany as his replacement. In addition to grieving his loss, she was now responsible for continued land development, was left responsible for seven lawsuits, and given a lot of responsibility for the City of Eagle Mountain.

Since then, she has realized significant success. Some noteworthy milestones include orchestrating a deal with Facebook for the purchase and sale of 1,000 acres, building about 80 homes a year, and having continued to develop and design all the necessary utilities, roads, parks, infrastructure, stores, etc. to maintain a functional city that residents can be happy and proud to live in. She has managed to quadruple her financial inheritance and is responsible for the employment of roughly 250 people through various entities.

In addition to Tiffany’s real estate endeavors, she’s committed herself to volunteering through the Utah Domestic Violence Coalition. She specifically looks forward to helping those women and children, similar to her, who have been subjected to various forms of violence and abuse and hopefully offer the support and inspiration they need to get themselves out of tough situations.

Family. My dad inspired and helped me get to where I am now.

My money just makes money. Through the market where I am I have seen many opportunities to grow.

An introduction from family.

Shutting things down when it’s time.

I think the land and the fact that I’m strong.

Market always comes back.
Having a break in this down market.

Don’t take yourself too seriously, enjoy the little moments, you’re not going to be young
forever.