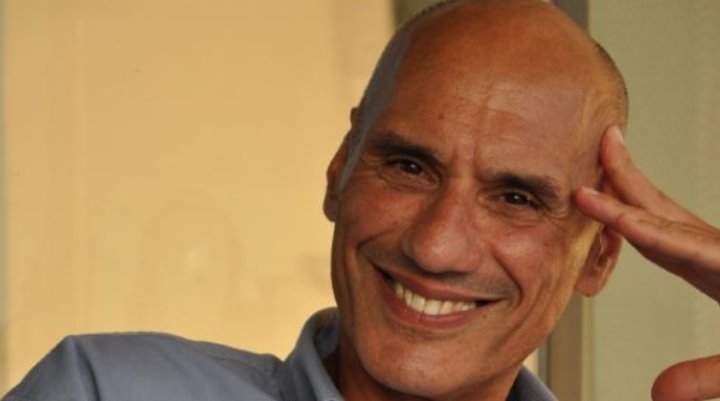 Thomas Gionis was born in Long Island, New York during the baby boom. After graduating from Oceanside High School, he accepted a scholarship to play collegiate football.  His athletic career was cut short by a knee injury, so Tom attended NYU, where he received a BFA degree in Film and Television production. Sponsored by the Long Island Tourism Commission, his senior film was a documentary entitled, “East of the Apple” a historical, panoramic travelogue of Long Island.

Tom moved to Weston, CT while he was completing his MBA at Hofstra University. He achieved his degree by completing a thesis entitled, “Television Programming and New Media Technologies”. After graduation, Tom worked as an independent contractor at NBC, assigned to a variety of programs including “The Today Show”, WNBC, “The Macy’s Thanksgiving Day Parade and sporting events.

During his time at NBC, Tom also worked as a contractor for IBM, where he was instrumental in developing marketing and communications material for the software group. He produced materials that ranged from print to electronic media.

Tom moved from NBC and IBM to be a part of a launch team for a significant start-up network, Fox News. At Fox he contributed to all program day parts and accepted assignments at Fox Sports. He continued his career as a start-up producer/director with a variety of clients such as Comcast, Al-Jazeera, and Bloomberg TV.

Tom continues to be active in the media, contributing to a variety of productions. He is currently involved with the morning news team at WPIX. Tom has also accepted assignments as an adjunct professor at Fairfield University and Hofstra University.

What are you doing now?

After a long and distinguished career in live news and sports television production, I am currently evaluating my next chapter. I’ve taught at the university level and mentored young adults interested in pursuing a career in the medium – and while they are erstwhile pursuit – I still feel the need for the energy and excitement that is so unique to live television. That energy, of course, is difficult to recreate, especially with advances in new media technologies. Most millenniums are consuming media through personal devices, presented in short segments for short attention spans, pre-produced and digested through time shifting.

I fell in love with the television industry at a very early age. As a baby boomer, I was a child of early TV programming. My defining moment came when my father brought our family to see a live taping of Johnny Carson’s Tonight Show. Back then Carson was still in NYC, going into the city, walking to 30 Rockefeller Plaza and settling into studio 6A was an experience all in itself – but as they say in show business – once the lights came on, the music played and the announcer bellowed “Here’s Johnny”, I was hooked!

From that point on I could not get enough, devouring everything television. The academics of the industry did not really exist back then, there was no formal courses or study of the medium. That is what made it more exciting, it felt it like (and was) a start-up industry, being invented and formulated as it began to grow in popularity and social significance.   I began researching the industry and learning all I could. Eventually, I would major in Film and TV production at NYU and write a thesis on television programming to earn my MBA.

In this industry as in all facets of life, nothing can take the place of hard work, persistence, and determination. There is a saying in the industry that 95% of success is showing up. While this is true (this is not a telecommuting career), you still have to outwork your competitors. The paradox here is that it is still a communication industry, so the true key to success is to compete while collaborating. Working with a variety of skilled professionals over diverse disciplines – creative, programming, production, technical, distribution – while maintaining leadership skills and fostering cooperation is the key to success.

What media inspired you most?

To best chart the path to success, I have always been drawn to biographies of leaders – both in and out of the communications industry. These real-life stories have always offered insights into success. From Vince Lombardi to Roone Arledge to Ken Burns to Roger Ailes – they all have a methodology which allows you to cherry pick and interpret ideals. These ideals can be married to your own personal philosophies, creating your style or “brand” that can carry you through a career.

Trying to break into the industry in the 1970’s was my biggest challenge. Keep in mind it was the before the proliferation of cable television, hand-held devices, YouTube, on-demand options and personal media consumption. In fact, the Walkman had not yet been introduced. There were essentially three networks (NBC, CBS, ABC) where you can ply your trade. Without a strong contact in the industry, it was very tough to break in…that was the bad news. But every cloud has a silver lining… the good news was once you break in there was a whole new industry of opportunities! I found it analogous to an inverted triangle, if you can make your way through the narrow funnel, you would find unlimited expansion and growth.

It took me a couple of years of knocking on doors, doing projects, volunteering and literally hanging out. Remember persistence and determination…I found my way in through an internship at ABC which led to a contact at NBC. That contact gave me access to 30 Rock (where I first fell in love with the industry), where I would go after class and most of my free time (remember 95% of success is showing up).

I was hanging around NBC so often, people thought I belonged there. It still took me a couple of years to get a paying assignment (remember persistence and determination), but when I did, it all paid off. In the meantime, I bridged the gap between undergraduate and employment by getting my MBA, writing a thesis entitled “Television Programming and New Media Technologies”. It was about the impact of a new industry direction, the impact of cable television!

What have been your most satisfying moments in your career?

After years of pounding on doors, going to graduate school and picking up freelance work, I finally broke through! My big break came in the form of a small start-up twenty-four-hour news organization called Satellite News Channel (SNC). The business plan was to compete with a new service founded by cable TV magnate Ted Turner and his newly created Cable News Network (CNN) headline news. SNC was located in Stamford CT, which brought me to a whole new environment, ultimately settling in Weston CT.

These competing services marked the very early genesis of the twenty-four-hour news cycle. It was gentle by today’s standards, but it created the forum to carry all news, all the time. Granted it was more like news radio, less “in your face” production values, but it allowed a certain creativity and lack of structured format that exists today. It was a great time to be young and in the TV news business. All we could see was the future, and then SNC closed its doors. CNN bought us out. The business strategy was to conquer the competition by acquiring them. It was another industry standard that Turner introduced, consolidation.

Just like that, my dream world had the rug pulled out from under me. I never thought it could get better than that until…..

I was contacted by NBC shortly after SNC folded. All those years of hanging around the hallways of 30 Rock had paid off. I was back in heaven. I was hired as an Associate Director (AD) at NBC and was assigned to all forms of programming – news, sports, promotion, and post-production. NBC, led by Grant Tinker, was on the upswing, having just conceived the concept of Must See TV. I was back in heaven and to show my loyalty, I must have bought out the entire NBC merchandise store and my NBC branded wardrobe made me proud as a peacock.

It also brought me the personal confidence that I associate only with working in live TV. In any social situation, no matter who was there – executives, lawyers, doctors – everyone seem to be drawn to me and my experiences with television personalities. I got to meet and work with everyone. Everyone wanted to know who was nice, who was a jerk and who was a diva.  But to me, it was all about the experience, the learning, and the product.

Live TV was like no other animal. You had to be ready when the show was scheduled to air and had to be done when the program was over. There were no re-takes and errors were magnified. Yet, the most satisfying part was the feedback. Either you do well or you didn’t. Either you were clean or you weren’t. Either an audience watched or they didn’t. Post-mortems were pointed, but not belabored. The feedback was immediate.

I worked at NBC for twelve years, rising to my dream job as a director. Again, I was assigned to so many different projects, traveled liberally and enjoyed my career to the fullest. I did more news than sports and eventually landed at the flagship local station WNBC (a video of me as a director at WNBC is available on my YouTube channel).As is so common in this industry, things change all the time. GE bought NBC and cleaned the house out. For the second time in my career, my dream job was gone.

It is said, when one door closes, another opens…this could not have been truer for me. Cable television had exploded and the networks were becoming dinosaurs. Just across the street from NBC, the fledgling FOX Network was starting an operation called Fox News Channel. No one ever heard of us and no one knew what we were all about – but I knew one thing for sure – the energy and optimism from this start-up reverberated from midtown Manhattan, I felt it every day as I left my Weston home in the middle of the night to direct the morning show. A show that would be in direct competition with the shows I had directed at NBC. I was in my new dream job – and as fate would have it, I was fortunate enough to direct the launch of the network, it meant that I was the first person put the juggernaut that would become the most powerful name in news – the Fox News Channel.

Everything I had learned to that point in my career had put me in the exact place I needed to grow even more. The aggressive production values we instilled matched the opinionated programming model. It was live, exciting, at times never ending, always challenging. The twenty-four-hour news cycle was in full bloom and I don’t think anyone missed a minute of it. I grew in ways I never knew I would, and then grew some more.

What is next for you?

The industry has changed so much that consuming media and content has become more of a handheld practice. In this new phase of the ever-evolving industry, I have been making videos solely from my iPhone – I shoot, narrate and edit from a mobile application,. It is both liberating and exhilarating and, in fact, this past summer, I went to Greece for 30 days and produced five video documentaries of my observation and experiences. You can find these videos on my YouTube channel and Facebook page.