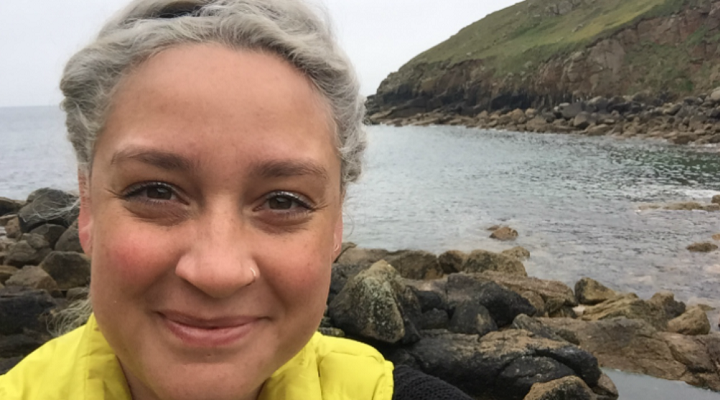 Tamara Groves is a British television producer living in Brooklyn, New York. As a teen, she was a keen scuba diver and chose to study environmental and coastal conservation at university. For her thesis, she spent several months in South Africa collecting data on great white shark populations before moving to New Zealand for a year after graduation.

During her time in South Africa, Tamara was lucky enough to assist with one of National Geographic’s early Critter Cam projects. An avid fan of David Attenborough, this experience inspired Tamara to consider combining her creative instinct with her passion for the environment by making a career move into television. She started as a production assistant before moving on to research, assistant producing and eventually field producing. Working in a wide variety of genres over the past 10 years, including travel, food, antiques and natural history, has given Tamara extensive experience in all aspects of television making. In recent years, Tamara has specialized in culture and travel documentary with a strong culinary influence.

After several short-term projects with a US-based production company, Tamara decided to move to New York so she could work in television and film production on a full-time basis. Tamara has spent the past three years on the road, traveling and filming with a pool of talented directors and directors of photography. This experience has not only developed her overall understanding of film making in challenging locations, but also given her the tools to necessary to move forward into future directing roles.

I took a somewhat unorthodox route into TV. It had never crossed my mind that I could or would end up in the media industry. But I loved David Attenborough and all the BBC natural history documentaries so when I started studying marine biology and had the chance to watch a small National Geographic team put cameras on the dorsal fins of great white sharks it hit me – that this was something I could do and wanted to do!

The TV industry has become increasingly freelance based so it is important to set up your own business and put yourself out there. Once I finally made it a few rungs up the ladder and felt confident in the skills I could offer I felt it was the right time to start my own business.

I think most TV people would be lying if they said they had never considered a different career at some point. Starting out in the industry you are often unemployed more than employed and it can be a long and winding road without a direct and simply career path. Since I committed to the industry though, I can’t think of anything else I would rather do. I am sure I will have doubts again in the future – especially as I progress to directing, but I firmly believe if something scares you that there’s even more reason to give it a go.

Obviously, TV is a visual industry! So it makes sense to embrace all the various social media platforms available. You don’t have to be a big company or have lots of money to compete. It’s about marketing yourself in a smart way and most importantly doing a great job when you’re on shoot.

The role of a producer is all about making choices, usually under extraordinary pressure and with the rest of the team waiting for your decision. But from a personal perspective, I think the toughest decisions always involves knowing when it’s the right time to reach out and take on a fresh challenge.

I love working in a team and production is all about a team effort. It’s a hugely collaborative process and you need to be able to work with a wide variety of personalities in demanding and often stressful situations. Not everyone is cut out for it!

Seeing a particularly tough production come together in the edit. You know you’re doing something right when people watch it and say ‘Wow! You must have had such fun making that!’. That’s when you know you’ve done a great job, because the viewer just has fun watching the show and has absolutely no idea about the blood sweat and tears that went into making it.

Hopefully, more travel and more opportunities to work with incredible creative people. Having recently worked on a project that was about women around the world and their experience of sex, love and power – I would love to continue working in documentary and have the chance to tell powerful stories about humanity.

Do you have any tips for someone starting out in TV?

A degree in media or film is not a requirement. Lots of companies will choose experience or expertise in something completely non-TV related. If you do get a degree in film, that’s cool too, but don’t put that you’re a director or producer on your resume for your first job – you are neither of those things straight out of college. Be prepared to start at the bottom, ask lots of questions and don’t be afraid to move between companies and work in a variety of genres. Most of all, have fun with the people you work with – you have to have each others’ back. You never know what project they may move on to next and they might be able to take you with them.