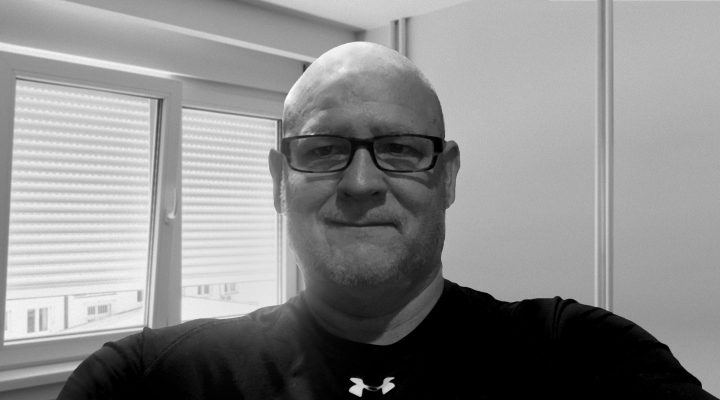 Taber Sullivan works from home in Sarasota County, Florida. He is with Group Travel Planners, a company that specializes in bringing quality and memorable tour experiences for student music needs.

He graduated from Lemon Bay High School in Englewood, Florida in 1987 as a three sport athlete and went on to the University of Central Florida. He graduated from there in 1994 with a BA in sociology. He then went to Caracas, Venezuela for six months to teach English to the employees of Venezuela’s largest oil company.

Back in the United States, Taber Sullivan found himself working with the Hyatt Hotel Corporation for several years. He joined Group Travel Planners, in Burnsville, Minnesota, in 2009. He has been with them for the past 10 years, and is the number one salesman in his company. His hard work and determination have led to him being able to work from home, as the Southeast Regional Manager with the company.

Tabor Sullivan is a proud father of five. He works out six days a week. Taber does CrossFit, weightlifting, and running. He also goes to the beach with his kids. He is also a big sports fan, attending his son’s college football games and other events.

How did you get started with Group Travel Planners?

A friend of mine here, his brother owns the company in Minneapolis. I did a phone interview to become the Southeast Regional Manager, which covers Florida, Georgia and South Carolina. I’ve been with the company ever since.

How do you generate revenue for Group Travel Planners?

There are two ways. As a company we take band, choir and orchestra students at the high school level on trips. We take them to Carnegie Hall in New York City, different parades, where they are performing. We arrange everything from transportation, food, and tour guides. As individuals, it’s the same except that it is my territory schools and the money is split between myself and the main company. I basically run my own business, I’m not the owner of the company, but we have control within our individual territories.

How long did it take for you to become profitable in your home office?

The first year was extremely difficult with this being a new territory. Things were improving by year four. Year five and six it greatly improved. Now it’s very profitable in years nine and 10.

When you were first starting out with Group Travel Planners, was there a time that you doubted it would work? If so, how did you handle it?

I never doubted it. I trusted what my boss had planned out and he was honest about things upfront. He told me the first couple of years would be tough. After getting through that initial phase, I knew it would work. It was working very hard, with little results in the beginning that was frustrating.

Miami Jackson High School was my first one. They did a little trip from Miami to Tampa for a two-day trip for a MLK parade. We actually don’t do this trip anymore. I was ecstatic with my first check; it was actually a relief of sorts. I’ll never forget that first one.

What is one marketing strategy besides referrals that you’re currently using that’s working really well to generate new business?

There are actually a couple of things, but one I just did recently and I’ll do more. Each state in this territory has a convention. For three days all the high school band, choir and orchestra directors are brought in and I talk to as many of them as possible. I’m trying to put a face to the name of our company, as well as gain new business, and can meet with current clients. I think it helps to continue the relationship with current clients.

We had a contract with a school for a Thanksgiving parade in Chicago. In August the band director called to dispute the cost of the trip. I had to make a decision with the parade committee to cancel or give the deposit back and allow the kids to march in the parade. I let the kids march, because that’s really what it’s all about, it’s for the kids.

I would say there’s a couple of things, but firstly my faith. I try to live both my personal and professional life doing things the right way. Treating people fair, especially when you’re in sales, is important. Sometimes, you have to bend if needed. Being consistent and being determined in what you do. You just have to have the conviction and belief in yourself and what you’re doing, being that same person with your clients every day.

Early on when I was a tour guide on some of the trips, watching the kids coming off the stage at Carnegie Hall. Knowing that for most of those kids, this was probably their only trip to New York City. Seeing their smiles and how proud their parents were. Knowing that the hard work with fundraising and things had helped them have that moment, and you were a big part of making it happen.

What does the future hold for you in business, and what are you most excited about?

Staying with the company. Working with the students, and teachers on these trips, I really enjoy what I’m doing. Excited to continue meeting people, parents, kids and making new relationships. I’m excited to keep putting these trips together for these kids who work so hard and create memories for them.

Who Moved My Cheese by Spencer Johnson is the only one I’ve read recently. It may be an older book, but it’s good. It’s about being able to adapt to change. Doing things a certain way for so long, doesn’t mean there isn’t a different or better way to do it. You have to be willing to change, things are changing too fast, if you stay still and don’t change, you are at a loss already.

What is a recent purchase that you’ve made that’s helped with your business?

Probably the new CRM software, Zoho, it helps sales people like myself who aren’t in the main office. It streamlines things, we can see everything they’re doing in operations, they can see what the sales side is doing. We can use it from our computer or phone. It helps us make sure nothing falls through the cracks. With so many schools that we work with, this system helps keep things clear for all of us.

What would you say is your top priority at this point in your life?

One thing that changed was that I was working 60-70 hours a week, trying to get ahead. I finally sat back and thought I need to get my priorities straight. It was my career, my kids and just everything being affected by that. I put my faith first, my family second and then my career. I cut my hours down to 40, 45 a week, and things increased immediately. I work hard, but my career isn’t first anymore. I would say to have your priorities in order, because once you do, everything else will fall into place.