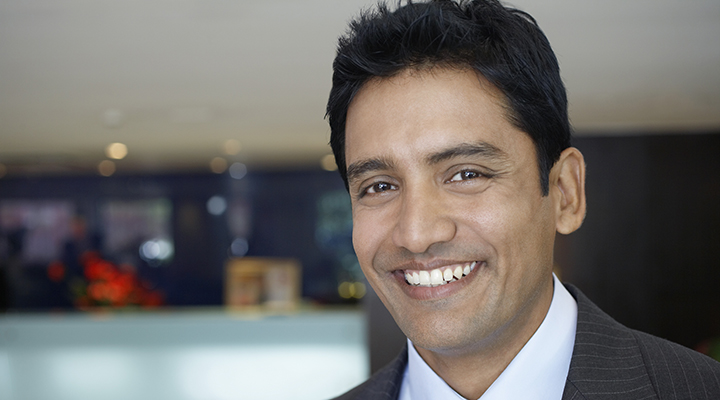 Suresh Gaddam, a longtime political operative and consultant, is the founder of several prominent think tanks specializing in economics, foreign policy, and international diplomacy, along with a host of other issues. A resident of Northern Virginia who typically works out of his company’s Washington, D.C., office, Gaddam’s responsibilities require frequent travel all over the globe. It is for this reason that Gaddam also maintains offices in London, Dublin, Canberra, Berlin, and Mexico City.

Gaddam, who was born in London but grew up in Fairfax, Virginia, attended Georgetown University as an undergraduate, earning a degree in philosophy before accepting a Rhodes Scholarship to attend Oxford University. While at Oxford, Gaddam became deeply interested in economics and earned a master’s degree in the subject. After spending some time in local government in England, Gaddam returned stateside to Cambridge, Massachusetts, securing a law degree from Harvard Law School.

Immediately after completing his studies at Harvard, Gaddam went into private practice in his home state of Virginia, occasionally serving as an economic policy adviser for several local politicians during campaign season. Gaddam, recognizing the opportunity to make positive economic contributions through political involvement, considered running for public office before deciding to create the economic think tank that since its founding has helped shape some of the most successful economic policies ever implemented in the United States and abroad.

As demand for his consulting services continued to rise, Gaddam expanded accordingly and continually demonstrated a remarkable aptitude for recognizing and attracting the most talented and thoughtful professionals to join his growing network of consulting firms and think tanks.

I believed that this business offered a unique opportunity to make positive and enduring contributions to the global economy, and I feel that my consulting work has indeed been instrumental in shaping some of the most effective economic policies we have ever seen.

With our lengthy track record and outstanding reputation throughout DC, we are able to secure a rate we believe is more than fair for our services.

My first venture was an economic think tank, and we relied on a network of small donors to support our efforts. It wasn’t until I founded my political consulting firm that this became a truly profitable enterprise.

Yes, and I was actually quite reluctant to even found the business at first. It was only at the urging of several peers with whom I had previously worked that I felt confident in the overall concept.

Having worked on several political campaigns, I have plenty of contacts in DC that spread the word about the business I had founded. We were able to prove ourselves rather quickly, so our client base was substantial right from the beginning.

We host several conferences and panel discussions on various subjects of political importance, which allows us to showcase our knowledge and expertise while also demonstrating the level of public interest in a particular subject.

Due to the nature of our business, we must turn down clients and donors on a relatively frequent basis. Even when we believe there will be no real conflict of interest, even the appearance of a conflict can cause problems that might hamper our ability to accomplish our long-term goals.

I am in this business for no other reason than to improve the welfare of the world’s population through sound and thoughtful political and economic policies. With no ulterior motives, we are able to function in an optimal manner that yields only the greatest possible benefit for the whole of society.

On several occasions I have been quite pleased to earn the respect and admiration of people with whom I heartily disagree on any number of subjects. It is with great pride that I am able to engage in thoughtful, substantive, and productive discussions with everyone regardless of their place on the political spectrum.

We are at an interesting place in terms of the current political moment, so I am most excited about working to bring an end to the general partisanship that has hindered governance to such a degree.

It was during my freshman year at Georgetown that I first studied “The Republic,” and I have continued to draw inspiration from Plato’s work ever since.

We recently invested in several new software programs designed to analyze poll numbers with the goal of yielding a greater number of detailed and highly accurate data points.

What do you hope to achieve through your company’s political consulting work?

Our ultimate goal has always been ensuring that every policy position is taken only after the most careful consideration of the short- and long-term impact on the entire global population. Decisions of such great impact should never be made with short-sighted goals that benefit the few at the expense of the many.