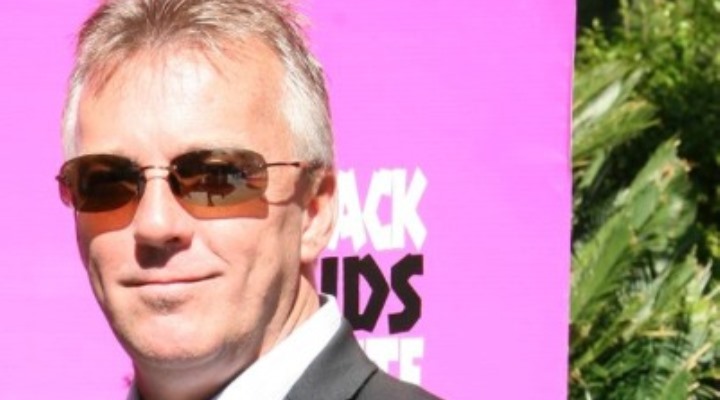 Steven Camp, founder of Steven Camp Film & Television Financing, began his financial services career in 1996 at the First of America Bank Brokerage Services Division. During the next 12 years, he represented a number of financial services firms in various capacities. He held multiple security registrations with the Financial Industry Regulatory Authority (FINRA) during this period and developed an in depth understanding of financial markets. Camp is currently the Co-Chairman of Desert Wind Studios, and is the Founder of TEN10 Entertainment, TEN10 Television and TEN10 Precious Metals.

Steven Camp joined Desert Wind Films as the Chief Financial Officer in the summer of 2008, and founded TEN10 Entertainment and TEN10 Television in 2015.  Camp has played an integral role both in securing private and institutional equity investors and serving as the company’s spokesman. His success in raising funds for films such as Brother’s Keeper has enabled Desert Wind to cast top-quality acting talent in conjunction with production standards at the highest cinematic quality into it’s projects. In addition, In the process of DWF’s first feature film Brother’s Keeper, Camp helped secure the rights to the original story, “The Gift & Giver”, and had an integral role in the development of the film.

Steven Camp brings his ability as a public speaker, and his expertise in financial transactions to the film and television industry. He travels throughout the country serving as the spokesman for the company and for the projects on the DWS & TEN10 slate.  Steven is responsible for managing the strategic direction for and administration of investment, funding, as well as overseeing all budgeting of DWS and TEN10 projects.

Steven Camp has served as Executive Producer for multiple documentaries including the feature documentary “Sugar Wars”, as well as various TV pilots such as “Leading Little Ladies” and is the Executive Producer of “Brother’s Keeper”, “A Broken Bridge”, “BEEBS – The Don Beebe Story”, “The Amberley Snyder Story”, “Possum Trot Cloggers”, “Muse”, DeathHouse” and other DWS feature film projects.

I learned to appreciate business in general at a very young age.   My parents owned car washes and gas station throughout Fox Valley in the Chicago Suburbs.  My parents had me working the line of cars, making change and selling hot wax to their customers at a very young age.  To this day in my mid-forties I remember the excitement of looking out over the driveway at a line of cars waiting to visit my parents’ business, and still feel a bit of nostalgia every I pull up to a multi-pump gas station.  That family business helped me to see the value in taking a risk as I grew into a becoming a businessman, but watching how my parents treated all of their employees always guide me into running our companies like family businesses as well.

The entertainment industry can be an exciting industry.  I looked forward to creating an entity with the focus of syndicating private funding to finance, develop, produce, advertise, market and release feature films along with reality & scripted comedy television show properties being developed more major networks.

I never doubted our business would be a success.

We bring in investors, not customers.

We have been and plan to continue hosting events in various cities around the Country.  TEN10 Portfolio Management hosts the event, and we speak about the value of both precious metals and alternative investment vehicles such as our feature film and television fund opportunities.

Packing up and moving my family (including our two-year old daughter) was a decision we prayed pretty hard about.  Now that we’re down in Ft Worth and have launched all of the TEN10 entities, we’re very happy.  Chicago will always be home, but we’re feeling pretty good about having our 2nd home in Fort Worth, Texas.

Screening the Producer’s Cut of “Brother’s Keeper” for all of our investors at Churches throughout SW Georgia was a pretty awesome feeling.

We’re currently developing our next two films.  Our 2nd faith based film “A Broken Bridge”, and a second inspirational film that we’ll be announcing very soon.  Shooting both of these films in the Ft. Worth area is going to be a blast, and is going to be fun for parts of the Ft. Worth community.

We’re also pretty excited about launching our TV fund in the 1st quarter of 2016.  We are in the 1se phase of a three phase deal with our partner Sam in Hollywood, and we are very optimistic about the success of each of the phases in this television fund.

Where can we find you on the web?

In addition to the sites below, I use this: https://www.slated.com/people/20587/