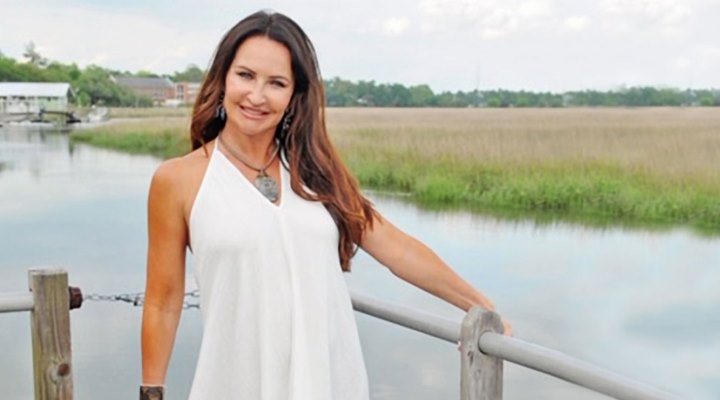 Stephanie Britt is the founder of Cheer Savannah, Inc a competitive cheer program with a state-of-the-art training facility in Pooler, Georgia. Stephanie first opened Cheer Savannah in 2000. Since opening, the gym has been named as one of the top 25 in the country by American Cheerleader Magazine. They have won several national championships, have earned a bid to in the World Championship for the last 13 years, where they have finished 10th, 8th, & 7th in the world!

Stephanie’s love for cheer began when she was still in middle school. By 17, she started a tumbling business at her local rec center in Cochran, Georgia. She continued coaching tumbling as she attended Georgia Southern University, where she was captain of the dance team.

Stephanie has 3 children, all who have been involved in sports. She has dedicated any free time to support their endeavors. One of her daughters is currently cheering at the University of Georgia. Her son was an NFL player for seven years. And her youngest daughter was recently accepted to Tulane and cheered along side her sister at Cheer Savannah all her life, and enjoyed her time being a Varsity Fashionista!

I have always loved the sport of cheerleading. It empowered me when I was young. My mother was a single parent and she couldn’t afford ‘extras’ when I was in school, but I was so drawn to it, I began working on my own & training myself so I could make the school team.

I’ve also always loved kids. As young as 8 years old, I was babysitting for kids in my neighborhood. I love their joy, to their honesty, and I love to watch them grow into something they dream of.

I had the opportunity to help the cheerleaders at Calvary Baptist when I first moved to Savannah. Those kids and their parents became my family here. It felt great to be able to offer something that wasn’t available in the area at the time. Competition cheer gave the girls something healthy to focus on and it helped give me an identity here.

Cheer Savannah grew quickly. I had originally asked the school if they wanted their girls to compete and they declined, so I put an advertisement in the local paper for girls interested in competitive cheer. Twenty-four girls showed up and they all made the team. Our first competition was in Orlando at the Fellowship of Christian Cheerleaders Nationals and we won. That put Cheer Savannah on the map.

When I had first walked into the bank with my business plan, I had asked for $20,000 to start the business. I was denied because there were no other businesses like it to compare it to and they assumed I wouldn’t be successful. Within eight years, Cheer Savannah had become one of the most successful businesses in the area and the 10th largest single location cheer gym in the world with over 350 students.

Every single day, I had doubts. Back when I was first starting, there wasn’t the support for small cheer gyms that is available today. I learned how to succeed by failing. Some years I made money, some years I lost money. Some years we won, some years we lost. I think its human nature to doubt yourself at times, to wonder just what you’ve gotten yourself into.

Honestly, I think I doubt myself more now than when I started. Back then, I was naive. I just kept pushing and did what needed to be done. Now, family’s gym-hop. Dealing with cheer moms can be exhausting and tough. I’ve been a target of bullying when their daughter didn’t make the team they wanted or achieved the heights they expected.

In my hardest times, I pray. I take time to reflect and remind myself that the reason I started this was to empower young women. I want to be an example for them. I had to work hard for my success, and I want them to know they can reach their dreams no matter what adversity they may have to face. The cheer is secondary to me. It is a path for me to mentor & empower these girls and teach them that no matter their background, they can achieve anything.

Professionally, my first team was purely by accident. My husband had accepted his position as football coach and we were at the school getting him set up when the principal walked in and said, “Oh my gosh, we’ve got 3 cheer teams in the gym and the team that was supposed to run the camp is a no-show.” I was nine months pregnant at the time with our first child, but I felt compelled to help. I ran a 3-day camp for their varsity, junior varsity, and middle school teams.

My first paying athletes were those 24 girls that answered the ad I ran after the school chose not to compete.

I used to run television ads, and now its transitioned to mostly social media. I honestly feel that winning & word of mouth is the best advertising we have.

Every week I am forced to decide between what is best for an individual girl versus what is best for a team. I think sometimes people wonder if the decisions are made based on profit, but they aren’t. It’s my job to put out the best performances and to make sure that the team works well together and can be successful.

It’s never easy to say to a young lady that she is not going to be on the team she expects. I must weigh her self-esteem against what is best for the team. All the girls work their hardest, but the reality of competition is some kids excel more naturally and faster than their friends and having to label you girls with a certain cheer level is so hard. It’s always a tough conversation.

I have always been passionate about the sport itself, and about empowering young ladies to be their best selves. I think this comes through in my work ethic and my drive to succeed.

Mostly its the connections we make, as a staff, with our girls and with their families. We love our students and are invested in their lives not just cheerleading. Having love for every child is something we make sure we accomplish, and my coaches are very invested so when children feel loved & important, they thrive!

Helping a new generation of children live their dreams! I am now coaching my athletes’ children! I am excited about the talent we have developed and can’t wait to see them on the worlds stage or cheering on the college sidelines!!

Outliers’ by Malcolm Gladwell changed my life. It investigates the research of the world’s most successful people and what characteristics they have. It was such a fascinating read and I realized how fortunate I was to be surrounded by amazing mentors.

I also highly recommend everyone read ‘Not Without Hope’ by Nick Schuyler and Jeré Longman. It’s not specifically a business book. It’s a memoir about a boating accident Nick was in where he lost his 2 best friends. It shares how faith & a strong work ethic & will to succeed can help in even the direst circumstances. It taught me to fight & ever give up hope!

The best purchase in recent years has been the training facility we designed four years ago. I worked hard to save & invested money into the gym and it has allowed us to work with more girls & build more successful teams!