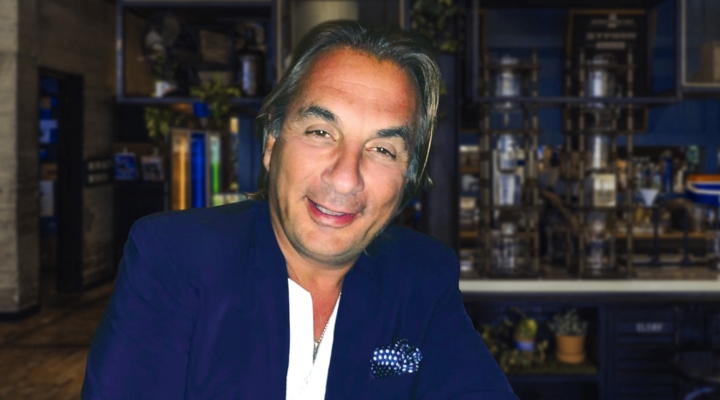 Simon Librati is a native of Montreal, Canada. He earned his Bachelor of Arts degree in Economics from Concordia University in Montreal, Quebec, Canada. He began his career when he was recruited as an intern in finance by a well-known financial brokerage organization in Atlanta. After graduation, he joined the former, Nesbitt Thomson in Montreal as a broker. Simon’s promotions came quickly through his drive and determination. He was rewarded when he earned his place in the Presidents Club within his very first year in the business. In 1997, Simon continued a rampage of success after joining Merrill Lynch where his performances gained recognition for being in the top 1% of brokers nationwide within his first year with this organization.

The turn of the century brought new challenges to the financial industry. Simon saw an opportunity in the market and decided to create his own fund where he hired traders that wanted to learn how to trade using a level 2 trading platform. In 2009, Simon decided to enter the U.S. markets, his knowledge and determination made him the largest proprietary trading firm in the U.S. in 2011.

In 2012, Simon acquired a company with its own trading platform. He created a compliance tool capable of monitoring trades efficiently. It is able to detect any possible non-desirable trading activity. The platform allows the markets to create liquidity for the average investor, helping institutions route orders more efficiently and reduce costs significantly. Simon’s company invested millions of dollars to create what is known today as Clearpool Group.

After selling the Clearpool Group, Simon has ventured into the hospitality industry. He is affiliated with Fusion in the U.S. The company owns and services several restaurants in its hospitality divisions such as Mandrake Miami. In addition, Fusion has a yacht management division, a clothing division, and art division.

Ever vigilant of keeping his finger on the pulse of emerging technologies in his industry, Simon is currently working with two publicly traded companies. He is an investor and CSO for Level Blox. The company focuses on digital software management using the Blockchain platform. It creates transparency between governments, companies, and individuals in several regulated industries.

Simon Librati is an extraordinary entrepreneur. He believes that hard work and an unrelenting focus can accomplish any goals or desires. His free time, as rare as it may be, is spent with his fiancé and five sons sailing the coastline of Miami.

What inspired you to become an entrepreneur?

I have always been a businessman. I started working on a paper route when I was 10 years old. By the time I was 11, I bought all of the paper routes from the kids in my neighborhood. When I was 14, I worked in a shoe store part-time. It was a commission job and I was probably making as much as my parents were. I also had a Coca Cola vending machine company where I was placing machines with different companies. In the late ‘80s, I started an office supply company. My brother owns and runs that company to date.

As a finance broker, I worked on commission. Commissions are based on the assets that you bring to a company. I have never had a paycheck in my entire career. It only made sense for me to create a business within the industry of my own. I have always been motivated to make money and to provide a life my family could enjoy. I didn’t want a life where I sat in front of my computer all day. I wanted to enjoy my family.

There were many times that I had doubts. There were market changes a lot. You have some good days and you have some bad days. I liken it to the stock market where stocks go up and they go down. But ultimately you believe in what you’re doing and you are dedicated and so you persevere. One thing I always did is persevere with everything that I knew was right. That is how you achieve your goals. There were a lot of tough times when I didn’t know what I was going to do or how I was going to get it done. Even with the federal filings, I was building something that was allowing the market to express its feelings for what kind of trading they wanted. The filings were made under a misconception, which was clarified in the end. I kept going with the belief in what I was doing and it all came out in the end. We have built a successful $500 million company.

Our biggest strategy for marketing out business has been through social media. I have hired a team of millennials who are social media experts who address anything in the fashion world. For the financial end of the business, I do a lot of advertising and marketing through Google or Amazon and many different social media platforms.

I recently bought my brother’s business. He was not doing that well in Canada and he needed help. I have so many things going on right now and I was wondering if I should take on another business. In the end, I went ahead with the purchase, but it was truly a tough decision. My family is the most important thing in my life. After I purchased it, I restructured the business and brought in some new people. I basically gave it a fresh new purpose. This was recently and it was a tough decision.

How do you measure success?  What do you think makes you successful?

I don’t measure success with money you have I measure success by how many goals have you set and how many have you reached. I also measure how you feel about achieving those goals. Has it benefited you, does it benefit your family? Do you feel proud? That is one of the most important things for me. How happy did it make you to reach the goals you want to reach. I am an ultra-focused individual when I set a goal. I have to see it through to its completion. I don’t give up until the project is executed and accomplished.

My most satisfying moment in business is when I built Clear Field Group. I took a 10 thousand square foot of raw space of prime New York City property. I designed it and engineered it. It is magnificent. It has a view of the Statue of Liberty directly as you enter the building. We are very proud of what we built. We built the company from scratch. We made it a part of one of the biggest companies on Wall Street. We were executing a big part of the world market. It was a proud moment.

In 2015, I started in an entirely different adventure. Right now, one of the things that excite me the most is that I am starting a chain which will have a variety of different businesses. I have some great people managing several different divisions. One of them is the hospitality division which includes restaurants, real estate, yacht services, and such. That division is managed by a group in Miami. It brings me a lot of joy and I have a lot of fun doing it. I meet new people, I go on the boats, I rent space, I like finding whatever people want. Meeting people in restaurants is a lot of fun. This is not like work it is fun.

Another division manages a fund. I started it at the end of 2018 and we are in profit already. We are up about 52% within eight months. We are very successful and our clients are very satisfied. I have a significant amount of people to run the fund. I spend most of my time here looking for new business ideas for the future.

What is a recent purchase you’ve made for your business?

Quite frankly, there have not been any recent purchases for any of my businesses. For now, we are pretty well set.

What books have inspired would you recommend.

“Reminiscences of a Stock Operator” by Edwin Lefèvre. It shows that we are all invincible, but we are human. It is a great book for life and business.

Is there a way to alert cell phone users of inconsistencies in the billing of their cell phone plans and services?

We are developing an algorithm capable of monitoring cell phone billing to alert cell phone users to any anomalies in the billing of their service. Once this platform is completed, cell phone users will be alerted if there are any inconsistencies or variations that have occurred on their bills.