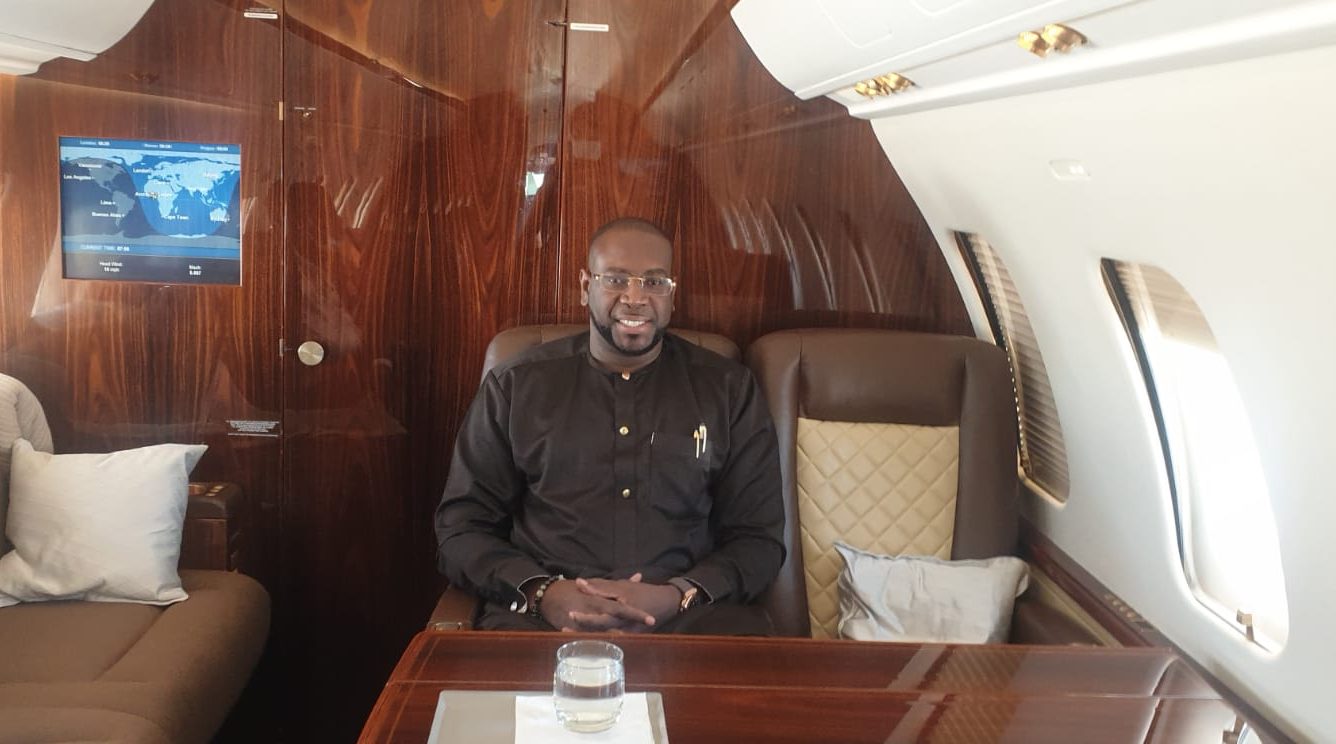 Chairman of the Board for the Alpha Group of Companies August 21, 2021

Sheikh Mohamed Bayorh currently resides in the United Arab Emirates, where he serves as the Chairman of the Board for the Alpha Group of Companies. Mr. Bayorh is a successful businessman, a major deal maker, influential financier, and avid philanthropist. His natural leadership ability and entrepreneurial drive led him to co-found Alpha Group in 2011. As co-founder, Mr. Bayorh laid the foundational principles for Alpha Group and, as Chairman, he continues to create a vision of the future for Alpha Group.

From the early days of Alpha Group, Sheikh Mohamed Bayorh has been a key figure in its success. His connections with royal families and industry leaders at the highest levels, as well as his ability to navigate the intricacies of government protocols, provide Mr. Bayorh with a unique set of assets that have proven highly valuable in the sphere of international business. Whether brokering deals between governments and multinational corporations or building coalitions and facilitating financing, Mr. Bayorh has been at the center of many successful business ventures for Alpha Group.

As Chairman of the Board, Mr. Bayorh oversees the four primary divisions of the Alpha Group of Companies: Alpha Capital International, Alpha Advisory and Project Management, Alpha Investments, and Alpha Project Development. The goal of Alpha Group is to provide scalable growth, sustainable development, and value creation in emerging economies and countries—for its clients, partners, employees, shareholders, and host countries. Using his global connections, Mr. Bayorh is able to create many opportunities for Alpha Group and the nations with which they work, primarily in the Middle East, Asia, and Africa. Chief among the guiding principles of Alpha Group are a commitment to continuously improving its operations and profitability and a commitment to corporate and social responsibility.

In the past few years, Sheikh Mohamed Bayorh has been at the forefront of numerous projects in the oil and gas industry, including some on a multibillion dollar scale. Representing Alpha Group, Mr. Bayorh has hosted senior executives and key government officials and has been integral in forming consortiums involving developers, contractors, financiers, regulators, and diplomats. President Musa Behi Abdi and the Ministry of Foreign Affairs included Mr. Bayorh as a special invited guest at the two-day forum held by the Somaliland Ministry of Foreign Affairs and International Cooperation. The forum gathered together many scholars, diplomats, and industry leaders to discuss the development of the Somaliland economy and the role of foreign investment. One of the highlights of the event was the groundbreaking ceremony of the $442 million Berbera port expansion managed by Dubai Ports World. Mr. Bayorh was the key figure in the creation of the Alpha Grip Management Company (AGMC)—a consortium of developers, including top-tier international companies from Korea and China. In conjunction with the Nigerian government, the AGMC consortium is developing the $20 billion Ogidigben Gas Revolution Industrial Park in Delta State.

Alpha Group UAE seeks to unleash the potential of its various portfolio businesses while upholding the guiding principles and ethics of the individual companies. Mr. Bayorh has managed many successful ventures in a variety of industries, including aviation, finance, technology, banking, oil and gas, and telecommunications. To date the Alpha Group of Companies has completed financing for projects totaling $19 billion. It currently has $27 billion in projects under development and an annual trade volume of $3 billion. Under the leadership of Sheikh Mohamed Bayorh, Alpha Group is currently in the process of leading the advisory and co-arranging the funding of a bank acquisition, is forming new partnerships, and is soon to announce updates on its mega gas park project.

I think there are a few things. One of the main things that has helped me has been to stay humble, as well as being grateful for the success that I have seen and for the help that I have received along the way. Sometimes we are too quick to look at outside causes for why we have failed and then to look inward for why we have succeeded. I think having a balanced view has helped me to stay grounded, and that, in turn, has allowed me to be successful.

What do you see as your greatest success in life, so far?

The help we have provided and the opportunities we have created for people in developing countries is by far the best part of the work we are doing. It is of course fulfilling to see a project come to fruition and exciting to see our business grow in size, scope, and profitability, but knowing that we are able to offer real and significant chances at long term wealth creation is the greatest success we achieve.

Growing business relationships on a basis of mutual growth and understanding. In international business and when dealing with governmental figures, there is more involved than just hard numbers and figures. There are different cultures and backgrounds that influence the manner of communication and, ultimately, what companies choose to conduct business with one another. One of my main responsibilities as Chairman is to act as an ambassador for Alpha Group, and it is something that I have put much time and effort into.

I try to look at my own performance with the same objectivity that I look at our company’s performance and to do so on a regular basis. Just as our business looks at its financial results with quarterly reports, I like to look back on what I have achieved or not on a quarterly basis. Every three months I set specific goals for myself and then if I haven’t met them I will continue to work on them. I’ve found that having specific metrics to meet has made me more effective.

What is the most important thing one has to do to be a great leader?

Lead by example, and demonstrate a commitment to self-improvement. It is important to maintain a balance between expecting independence from your employees and showing a willingness to work side by side with them. By working alongside them, though, you can both get a great sense of their strengths and weaknesses and boost morale by building a sense of camaraderie.

Maintain a long-term outlook and a positive attitude. It can be easy at times to see the negatives in a project or a team, or to see the obstacles to achieving a desired outcome. With people, a weakness can often be a strength that needs to be finetuned. Perhaps someone seems overly critical, which can come from a place of not properly communicating valid ideas and a desire for improvement. As for obstacles, the magnitude of them is often a matter of perspective. If I am looking toward the horizon, boulders seem merely like pebbles.

Describe a positive way that technology can make the world a better place.

There are a few specific ways that relate to the work we are doing in Africa. One is with financial technology—specifically cashless payment systems. In an increasingly digital world, it will become ever more important for developing countries to take advantage of broadband internet and 5G, and any other access to a network of financial institutions as a way to participate in the global economy.

Describe what your hiring philosophy is.

I seek to build a team of people who will, in a positive way, challenge me as a leader. I don’t ever want to be comfortable with a sense that I am the smartest person in the room or that I am the final source of all ideas and answers for my company. I’m always trying to raise the collective intelligence and to broaden the range of skills that my teams offer. I always believe in the idea that it is never the wrong time to hire the right person. The long term value added to a business from recruiting an amazing employee more than offsets any budget concerns.

“The Effective Executive” by Peter Drucker. Drucker was one of the best thinkers and writers on effective management. It is a great foundational book.

Systems for consumers to receive goods up front and pay in installments without interest. Especially in less developed countries and emerging economies, I think that it will be a game changer. Mature economies with highly developed financial systems and credit markets have been doing similar things for years and it has really allowed their economies to become more consumer based and to grow at a steady pace. I think as similar systems are brought to developing economies, we will see an explosion in growth.

Tell us something positive to motivate our readers.

Entrepreneurs are what have driven all the great advancements in economic opportunity. Being the first is always the hardest, but it is the most rewarding and the most important. Without your hard work and determination millions of people would not have the financial stability they have, and many many more would not have the opportunities that are being created every day.