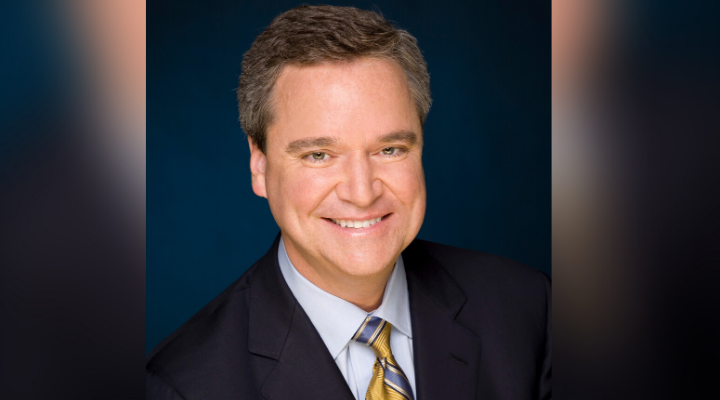 President of Magnolia Hill Productions May 6, 2020

Sam Haskell is an Emmy nominated producer, who currently serves as President of Magnolia Hill Productions. The company was founded in 2012 and has a term deal with Warner Bros. Television. Haskell has since produced 11 movies with country music star Dolly Parton with more to come.

Prior to Magnolia Hill, Haskell had a long and successful tenure as Executive Vice President and Worldwide Head of Television for the William Morris Agency. There he oversaw the “packaging” of all agency represented network projects, including such mega-hits as ” Fresh Prince of Bel Air,” “Sisters,” “Everybody Loves Raymond,” “Lost,” “Murphy Brown,” and “Live with Regis & Kathie Lee,” among many others.

Sam is a graduate of the University of Mississippi, where he and his wife Mary, are active alumni and are involved in numerous philanthropic endeavors. They have two children, Sam IV, and Mary Lane, and have three grandchildren, Samuel Bond Haskell V, James Donnelly Haskell, and William Kirkpatrick Haskell, II.

My family wanted me to go into medicine, but I wanted to be in California, in the entertainment business, from the time I knew there was an entertainment business. I moved to Los Angeles in the summer of 1978 after graduating from Ole Miss to go to law school. I thought it might be a way to get into the entertainment business. To help my plan, I tried to get in touch with Ruth Englehart, head of business affairs at William Morris. After many weeks of calling, I finally got through to her and she met me that day. After 3 hours of chatting she told me I’d need to start in the mailroom, and she set me up for a final interview with William Morris COO, Walter Zifkin. In my meeting with Walt, he asked how a tall Southern boy with good Christian values could fit into the crazy world of entertainment. I responded by sharing a personal story about my mother, faith, and equality, and he hired me on the spot. On October 23, 1978 I started in the William Morris mailroom earning just $125 a week.

After spending 27 wonderful years at William Morris, I left the company in hopes of entering retirement. Soon thereafter I received a phone call from my dear friend Peter Roth at Warner Bros. He asked what I was doing and invited me to join him and the Warner Bros. family. That’s how Magnolia Hill Productions was started. Peter told me to build a sandbox and invite my friends in to play. Naturally, the first person I thought of was Dolly Parton.

Our shows earn money when they are sold, produced, and distributed by television networks. Those buyers include the major broadcast channels (ABC, NBC, FOX, CBS), cable and premium cable (HBO, Showtime, Starz) and of course the streaming services (Netflix, Hulu, Amazon). If a program has strong ratings and runs for several seasons, then there’s the possibility of earning additional revenue through syndication.

It didn’t take much time for Magnolia Hill to become profitable. We were fortunate that our first production, Dolly Parton’s Coat of Many Colors which aired in 2015 on NBC, was such an overwhelming success. Eclipsing over 16 million live viewers, it helped cement our reputation in the television market. Later when we received an Emmy nomination for the sequel, Dolly Parton’s Christmas Of Many Colors – Circle of Love, for Best Television Movie, we really had a strong track record of both commercial and critical success.

Of course, when any new business is getting its start there’s some concern about whether it will make money. I had no serious misgivings or doubts however that we would be successful. Having known and worked with Dolly for so long, I knew what an opportunity it would be, to tell her childhood stories of growing up in the Smokey Mountains of Tennessee, for her fans. To this day I am still amazed at how talented Dolly Parton is and I’m proud to call her my friend.

Selling our first movie happened over lunch with myself, Dolly, and Bob Greenblatt, who was Chairman of Entertainment for NBC at the time. I always say that relationships are so important in this business.

We love our partners at Netflix and we’ve been able to build a great relationship with them. It’s amazing to think how quickly everything has changed with the streamers. Our programs on Netflix have the ability to reach the largest possible global audience. Last year, our show Dolly Parton’s Heartstrings was released in 100 languages and in 190 countries around the world! Just incredible!

In the film and TV businesses there are many hard decisions to make, sometimes a pilot just isn’t what was expected, and a good idea gets put to the side. Other times, filming has to halt due to various reasons. In all, there is always a hard decision to make.

I believe my commitment to integrity and values, starting from when I was a young boy, has been the greatest contributor to my success. I have always maintained and continue to be the person I am today. That includes being an incredibly hard worker. I have also been fortunate to have some great mentors when I was coming up in the business. The late Norman Brokaw, who I worked for at the William Morris Agency, was an incredible and gracious man to me.

There are many but I’ll share two recent ones that come to mind. After our first television movie, ‘Dolly Parton’s Coat of Many Colors,’ aired on NBC on December 10, 2015, I was over the moon with how well audiences responded to it. ‘Coat of Many Colors’ eclipsed over 16 million live viewers making it the most viewed original television movie among the Big Four Networks in six years at that time. Moreover, it received overwhelming critical acclaim and won the Movieguide Templeton Foundation Epiphany Prize, The Christopher Award, and the Academy of Country Music Tex Ritter Award.

The second story I want to mention is when the sequel to ‘Coat of Many Colors, ‘Dolly Parton’s Christmas of Many Colors – Circle of Love,’ was nominated for Best Television Movie for the 2017 Primetime Emmy Awards on July 13, 2017. I was completely surprised by the announcement and the first thing I did was call Dolly to give her the great news. She was so happy and delighted. Attending the awards as a nominee has been one of the biggest highlights of my career.

We’re planning to be very busy over the next several years. We have some exciting new projects in development. They range from retelling classic tales to bringing forth important historical stories. Of course, we’ll continue to partner with Dolly and our friends at Netflix. We have a wonderful original musical that will be airing this holiday season.

I recently finished Bob Iger’s Memoir, The Ride of a Lifetime, which I found very insightful for all aspects of business. His business acumen, management style, and overall approach to entertainment is unparalleled. Bob is someone I know and deeply respect. I’m proud of him for all that he’s accomplished.

Enjoy the ride! Hard work is the cornerstone of success, but make sure you celebrate the wins when they come. It’s a marathon not a sprint.

I’d love to be a mentor but I’m firing on all cylinders with my production schedule. I always make time for calls and breakfasts with young people looking for advice about the industry. To contact me they should go on our company website, magnoliahillproductions.com.