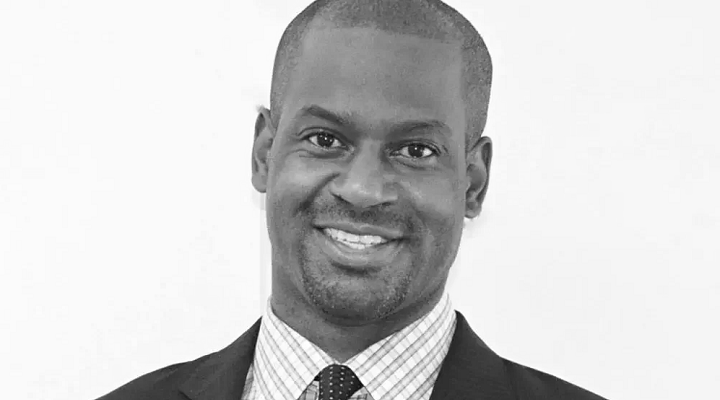 Saleh Stevens was interviewed on August 5, 2022 for Inspirery. Below is the video interview, along with full transcription.

Mike Munter: All right. So, I’m here today with Saleh Stevens, who is the owner of Continental Clinical. And we’re going to talk a little bit about your upbringing and then what led you to Continental Clinical, and what that company is all about. So, Saleh, welcome aboard.

Saleh Stevens: Hey, Mike, thanks for having me, glad to be here. I can jump right in, talking about my background. I’m originally from Bethesda, Maryland. I grew up, spent a lot of time in the sort of Mid-Atlantic Area, went to school in the DC Area, and ended up going to college in Connecticut at Wesleyan University, great time, great liberal arts school, prepared me for a lot of life. Then I went to law school out in Southern California, which also prepared me for life, both professionally and socially, because Southern California has a lot to offer. But, believe it or not, I came back to the East Coast. I’m actually an East Coaster. I’m not a West Coaster. As much as I love it, and as much as I wish I had the freedom to be there ad nauseam, I’m back here in Maryland with the wife and kids, having a grand old time.

Saleh Stevens: After law school, [inaudible 00:01:26] New York City, did the New York thing for a while. I also lived in Philly, spent some time in Europe and then practiced law for just short of about 15 years, did sort of [inaudible 00:01:38] finance type stuff and then I transitioned into another career at Continental.

And the interesting thing about my transition is that it’s sort of different in that what we do now is we help pharmaceutical companies get FDA approval for their medications. So, with COVID being out, there are a lot of interesting sort of news tidbits and exciting parts that were relating to clinical trials. So, it’s really a fun time to be in clinical research right now.

Mike Munter: So, your company is one of the ones… I remember years ago… I don’t know… I went to some thing to give blood or something, and you were going to get paid for it. And the reason was it was because they wanted to take my blood and sort of put it into one of these trials, I guess, for a drug. Is that what your company does?

Saleh Stevens: No, not quite like that. Although not to cast dispersions on wherever you were, that sounds a little dicey. So, first, let me go backwards. So, anytime you join a clinical trial, you are given a lot of information about the medication, about the trial, about study visits, things that you’re going to do in that regard. And it’s presented to you almost in the form of a contract, and it’s not legalese. It’s very plain English, so everyone understands so that they know what they’re getting into. So, when you say that you were giving blood and then you weren’t really sure what was going on, that’s never the case with clinical trials anymore. It’s a very transparent process. So, that was that, but on the “what we do side,” something similar. So, when drug companies are trying to get FDA approval, they farm out their data collection to companies like myself, where we use the protocol, which is basically a design of the study and how they want things investigated and data collected, and I hire doctors, scientists, medical staff and then we also recruit patients into the study.

Saleh Stevens: So, we recruit these patients into our studies. We perform sort of all the medical activities related to collecting data, administering medications and then obviously tracking their health. And then we summarize that data and then we [inaudible 00:04:17] companies, who then [inaudible 00:04:21] to the FDA for the FDA to say that, “There’s efficacy here,” or, “There’s a safety issue there,” so either you make it through. You may rejected, or you may be asked to resubmit a redesign. So, that’s kind of what we do. It’s a little bit of science, a little bit of sales, a little bit of IT data stuff.

Mike Munter: So, when you’re recruiting people, are you getting referrals from the doctors that you have relationships with, or you have to just run ads.

Saleh Stevens: So, it’s a little bit of both. So, obviously, a great doctor will have his own or her own following of patients that would want to participate. We also have ads that are run off of national campaigns. They’re not necessarily run by my company, but they’re run by the pharmaceutical companies, who have greater reach with their advertising money and then they’re sort of sourced to us. That’s really how that works and then by word of mouth. You’d be surprised that there’s such a large niche culture of people that are looking for alternative treatments for different [inaudible 00:05:31] in therapeutic areas. So, we do a little bit of both

Mike Munter: So, with the trial, is it supervised by doctors and nurses?

Saleh Stevens: Yeah, doctors, nurses, ethics review boards. We call them IRBs. So, we’ve got institutional review boards that always look at study design, study safety. You’re still submitting data to the FDA. So, you’ve also got the final oversight of the FDA. There are lots of checkpoints. I mean, you’ve got health professionals from nurses and phlebotomists that are trained and certified to do clinical research, all the way up to the doctors, all the way to the scientists, all the way up to the data analysts that process the data. So, there’s always going be supervision and touchpoints to make sure everything is perfectly done and hopefully very safe.

Mike Munter: So, you mentioned COVID. Were you one of the labs sort of participating in early COVID vaccine testing?

Saleh Stevens: That’s a great question. We had a lot of opportunities with regards to COVID. There was a lot of money thrown at research for COVID, but for us, we shied away from COVID because, one, there was a lot of sort of infrastructure changes we’d have to do, and also in recognition of our own staff, their safety, the continued health of subjects that we have in myriad other studies, we didn’t want to have an overlap, having COVID studies in addition to other therapeutic areas, one, just like I said, out of respect, internally, for the staff and then for other people that were joining other clinical studies that we already had going on [inaudible 00:07:19].

Mike Munter: So, with some of your studies, are they just a day long study, or do you have times where it’s like you put people in quarantine for a week to get results?

Saleh Stevens: Mike, so these are outpatient studies, and they can last anywhere from months to years. So, remember, what we’re trying to do is make sure that we have medications that are safe with short term and long term tails. So, studies last pretty much as long as the finances can hold the pharmaceutical company viable so that they can get enough data that the FDA is ready to approve them. So, we have studies that have gone on for five years, six years, patients coming in everywhere from once a week to once a month to a couple times a year to once a year followup. These studies are usually pretty significant in their length. It also varies on what phase of the trial it’s in, but these studies are just in and out [inaudible 00:08:24]. We don’t really have to [inaudible 00:08:28]. Every once in a while, we may pick one if we think that it’s going to be successfully performed moving forward.

Mike Munter: So, what’s the most number of people you’ve had participate at a trial.

Saleh Stevens: Wow, let’s see here. So, keep in mind this. When you have a study, they want subjects from various backgrounds. So, they never want hundreds and hundreds of people coming from one target area, because that might not be representative of all the people taking the medication. So, usually, in phase two, phase three studies, we’re right around the 20 to 30 person mark in each study. That’s kind of where you end up. That’s sometimes a little bit short, and it depends on the [inaudible 00:09:18] because a lot of times we’re looking at a disease or diseases that aren’t necessarily commonplace. So, there’s just not a huge population of them out there, but I mean, I’d say usually the 20 to 30, maybe 40 marker, that’s high end study when you’ve got that many people coming back over the course of months, if not years.

Mike Munter: Got you. So, when I’m reading about a new FDA approved drug or something, and it’s like, “In clinical trials,” you could be one of the companies behind that.

Saleh Stevens: Yes. Often, we are. It’s kind of neat to look at TV if a new medication is out, and I can say, “We helped with some of that data. We helped help such and such company get approval for that drug,” so yes. Often, there are companies like myself that are sort of in the background of putting these [inaudible 00:10:16] the market.

Mike Munter: Cool. Well, before we wrapped up, I want to go back to the beginning, and I think you mentioned that you were a lawyer, and now you’re doing clinical labs. How did you make that transition. Where’d the idea come from to get this started?

Saleh Stevens: Well, not to get into too much… This is more like an encore career. Obviously, there are times when you just transition to new endeavors, and I will say that I definitely have some family that was [inaudible 00:10:53] healthcare. So, we’re very familiar with the impact that medicine has on the healthcare pipeline, and I saw a space that I thought would be one more [inaudible 00:11:04]. Obviously, we can make some money, because that’s important. We all have mouths to feed, but I also thought that would be helpful for the community and just mankind in general. So, we just found a niche, and fortunately, perhaps, law sort of prepares you for a lot, not just reading contracts but also just thinking pragmatically about how things fit and how they play out as far as kind of a slow work model way to this. It’s a great place to be after struggling to make ends meet with the company [inaudible 00:11:43].

Mike Munter: Cool. So, this is a little bit of a passion project for you.

Mike Munter: I said it’s a little bit of a passion project for you.

Saleh Stevens: Indeed, and if it wasn’t before, it certainly is now.

Mike Munter: Well, Saleh, it’s great to have you. Thanks a lot for your time today. I appreciate it.

Saleh Stevens: Mike, I appreciate it. It was a great chat.