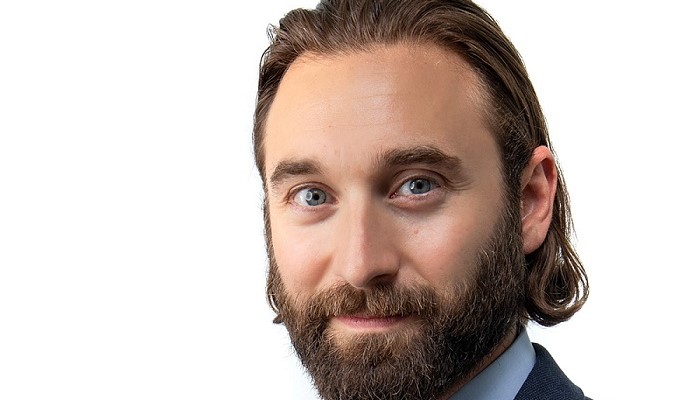 Ryan Brucato’s background is largely entrepreneurial. In early 2009, he founded the management consulting firm, RB Milestone Group LLC, and currently sits on its Advisory Board. He has been responsible for starting numerous private ventures throughout his career and has advised hundreds of public and private companies globally. He has a deep-rooted proficiency in international trade, corporate finance and M&A. In 2012, Mr. Brucato founded what is now EMBR Capital LLC, a single-member family office and venture capital fund based in Greenwich, CT, USA. EMBR partners with exceptional founders and management teams with unique insights, through all phases of growth.

Mr. Brucato has a passion for international business and aligns much of EMBR’s fund allocations with entrepreneurs and management teams that echo the same mindset. Since 2017, he has completed over 80 EMBR investments into over 50 companies that operate on 6 continents. Mr. Brucato has directed much of EMBR’s investments into companies focused on: cannabis; diversified natural resources; healthcare; renewable energy; technology and telecommunications.

Ryan is also dedicated to funding socially and environmentally impactful businesses worldwide. Over the years, he has been noted in many leading publications, including – Fox Business, Gold & Minerals Gazette, Bloomberg, HazMat Magazine, Resource Investing News, The Financial Review and BusinessWeek. Mr. Brucato resides in Greenwich, CT with his wife and two sons. He enjoys spending time with family, regularly attending local CrossFit classes, participating in triathlons and skiing.

I had been fairly entrepreneurial growing up and capital markets always appealed to me as a kid. In fact, I started buying and selling stock when I was 12 years old through a Schwab custodial account that my dad helped me set up. Shortly after I graduated from college I formed RB Milestone Group LLC, which originally focused on equity research that was centered around foreign markets. The idea to form the company literally came to me in a dream when I was 23 years old. From that moment forward, it was all I could think about. That was the beginning of RBMG.

Eventually, my second great obsession became the launch of EMBR Capital LLC, a single-member family office and venture capital fund based in Greenwich, CT. Today, most of my time is spent managing EMBR.

Like other long funds, EMBR Capital nets returns through value appreciation of its underlying assets over time.

RB Milestone Group took about 4 months to be profitable. That said, the overhead was basically nil at that time. That was a big factor. Growing sales is always important but it needs to be balanced with expense frugality in order to achieve profitability [expeditiously]. I would instinctively ask myself regularly, “How do I spend zero dollars [without jeopardizing high-quality output]?”.

Honestly, I was so laser-focused in the beginning that failure was not in the vocabulary. As I get older, that focus still exists BUT with a different/evolved (perhaps slightly more mature) mindset. Having been exposed to numerous cycles over the years, I respect the fact that nobody is impervious to a loss or significant downturn. As such, I take more time to make big-picture decisions than the 23-year-old version of myself… but still keeping growth in mind every day.

At RBMG, we were successful in retaining early clients because we recognized the importance of under-promising and over-delivering.

In the past, RBMG created pop-up conferences to capitalize on thought leadership and real-time market demand. The firm developed this platform as an extra revenue stream while using it to brand and market the company at the very same time.

As far as EMBR Capital goes, my exposure to the cannabis space over the last 12+ months has been very challenging to manage. Cannabis has undergone a very notable downturn and I have often asked myself if I still truly believed in the underlying operational fundamentals of the space in general and [more importantly] EMBR’s positions specifically. My conclusions have resulted in long-term strategy reconfigurations for most of EMBR’s cannabis positions. I am very interested to see how it all plays out.

Drive… and the ability to read people.

No specific moment comes to mind but I try to make every day an act of organic fulfillment. Hopefully, the satisfaction at the end of the day is better than the day before.

Hopefully, the future holds more growth. Through the influence of RBMG’s professional staff, it has averaged around 40% YoY growth since inception in 2009. The team is determined to continue this trend and they are laser-focused on outperforming for their clients. It is a very exciting time at RBMG.

Separately, EMBR Capital is also very excited about investment opportunities it is considering at this time. AI and machine learning are at the forefront of this interest.

Honestly, these days I don’t read many books. Lots of emails though…all the time. It provides enough daily inspiration as well.

I have taken up opportunities closer to home to mentor recently. Including my very own children. That part of my calendar packed to the minute for now.