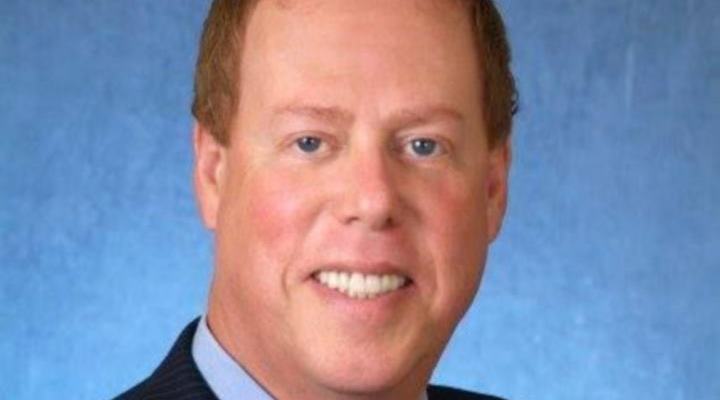 Robert Smoley has an impressive resume to say the least. He is perhaps best known today as being a technological visionary, and one of the pioneers of the telehealth revolution. Drawing upon the lessons he learned when he helped to create the first nationwide internet-based dating service, he was the founder and creator of MDLive, the first cloud based medical app that connected patients (with non life threatening conditions) with a large network of experienced doctors. Robert Smoley served as the Director and the first CEO of MDLive from 2006-2011, and was at the healm when the company partnered with GoogleHealth and Microsoft Health Vault.

Currently, Smoley is the Chief Strategist of MedicFP, a company specialized in harnessing the latest technology to combat beneficiary identity theft, identity sharing, provider phantom billing, and other nefarious practices that are wreaking havoc on the health care system in the digital age.  MedicFP has been the first to integrate identity validation into healthcare fraud prevention. Through presence confirmation, MedicFP ensures that a real patient is at the point of service, or delivery, and that the invoice is not a phantom bill.

Robert Smoley has also been a guest speaker on topics such as Medicaid abuse in the US health care system and the growth of concierge medicine, in which a patient pays an annual fee to a doctor who in turn provides enhanced care and limits his or her patient load.

Before he switched his focus to technology, Robert Smoley was a high profile trial lawyer. He was also the first truly elected mayor of North Bay Village, Florida, in his early twenties. He is a/k/a Robert Andrew Smoley and B Andrew Smoley.

If you’re asking specifically about the telehealth industry, I was the founder of MDLive in 2006.

I’ve always had a need to be on the ground floor when it comes to the newest technology. I had a chain of cell phone stores back in the 1980s. Suffice to say, I have a lot of contacts in the world of telecommunications and developers.

I started MDLive because there was no other cloud based platforms that allowed patients and their healthcare providers to share information in real time with their computers and/or mobile devices.

In the case of MedicFP, we either earn a percentage of what we save or on a capitated rate based on the number of beneficiaries within that healthcare system.

How long did it take for you to become sustainable?

It didn’t take long for MDLive to become successful. We kept the app simple from an engineering perspective, and we followed a “lean startup methodology” before that terminology even became popular; we built the first version, measured it, and then retooled it for a next iteration. When we integrated with Google Health we saw a sharp rise in members.

I am lucky in that I have the utmost confidence in myself and I live by the notion that I never give up.  I work harder than most and I build an atmosphere with employees where they are team players who will share in our ultimate successes.  That has always been a recipe for success!

Starting a business is inherently risky, and I’ve never had any level of doubt as to whether an endeavor was going to be a success. I’ve been in business a long time, and I’ve failed as often as I’ve succeeded. The important thing is to learn by honestly examining why a business, app, or whatever didn’t end up hitting with the public and making money. So it’s not even “failing” really if you learn from an enterprise that wasn’t a success. That may sound cliché, but it’s true.  You get up, dust yourself off, and get back to work.  I have become an expert at that as well.

In the case of MDLive, it was an employee leasing company seeking to differentiate itself from its competition.  That company is still a satisfied customer for many years now.

Recently we ceased our marketing efforts in a sizeable State. Their officials, apparently, pay lip service to reducing healthcare fraud but are not willing to actually do anything about it.  Clearly, job preservation for them takes a higher priority and they suffer from the idea that not making any decision is better than making one which might be questioned in the future.  It is frustrating to have the technology to make a significant reduction in healthcare fraud and getting push back for all the wrong reasons.  As I’ve said before, never give up, I will get the job done.

Any success that I’ve enjoyed in business has been due to my tenacity and surrounding myself with a great team who share my vision in using technology to make people’s lives a lot simpler and much better.  If I end up being the least intelligent person on my team, I’ve done a really good job.

When I partnered with Google and Microsoft during my tenure at MDLive. Those early partnerships were a major victory for MDLive and telehealth in general, and a validation that I had done things right.

I believe MedicFP is well set to do exciting and innovative things to save our Country and tax payers, billions of dollars from Medicaid and Medicare abuse and post-investigative work.  The future is extremely bright for MedicFP.

Everybody should read “Business Adventures” by John Brooks. I read it in the seventies when I was still in school and it was an eye-opener.

Supposedly it’s also Bill Gates’ favorite business book. In terms of more recent business books that I enjoyed, I got a lot out of reading “Misbehaving” by Richard Thaler.

How does your previous experience as a trial lawyer relate to your present endeavors?

Like any good lawyer, I’ve always been obsessed with justice. I believe with MedicFP we’re fighting the good fight and protecting people from injustice and predatory behavior in the health care sector.