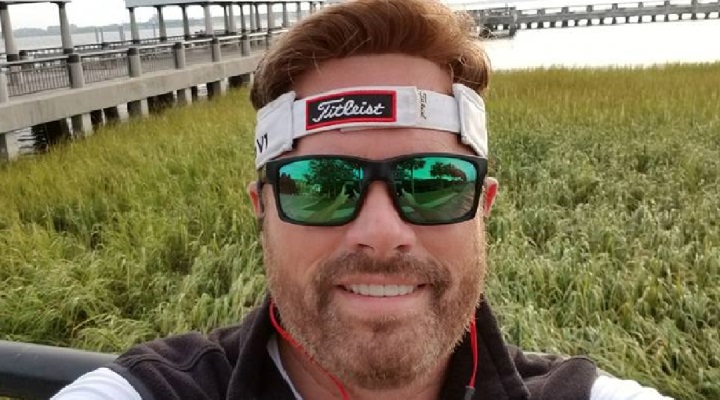 Richard Zahn is the epitome of excellence, who values quality in the work he does. As the former owner and founder of ZMG Construction and former CEO of Hersh Reconstruction, his work showcases perfection in each building that he builds. Whether it’s condos or churches, you will never find a thing that is thrown together and has been this way for more than 20 years. His compassion and willingness to go the extra mile shows Richard cares about his clientele and staff and is ready to get the job done correctly. Richard also helps various charities with his wife, by donating around 20 percent of his annual net income each year.

Mr. Zahn’s journey began when he joined the United States Army, where he served in the Special Operations Command for 11.5 years. He also worked as a Deputy police officer on their SWAT team for two years and took classes in EMT and Fire Science at Fayetteville Community College. He worked as a paramedic for Cumberland KP Hospital in Fayetteville, North Carolina. From there, he moved to Florida and joined Hersh Reconstruction in 1997, which specializes in Condominium conversions and renovations, where he started as Director of Operations, then was promoted as executive VP and became a partner in 2000. They’re licensed as General Contractors and have worked on several properties per year and grossing $65 million from their contracts throughout the southeastern United States. After his partner passed away in 2003, Richard became CEO and changed the company name to ZMG Corporation, along with its subsidies ZMG Construction and ZMG Management. He also began a property development venture named Prospect Real Estate and together, he and his wife run five separate businesses.

Richard obtained an Associate’s Degree from the University of North Carolina, Pembroke in Business Management, a Bachelor’s in Business Administration from the University of Texas, and studied for his Master’s Degree in Finance from the University of Notre Dame. He’s happily married, a proud father of four living children, and a dedicated grandfather of three. He was also competitive racing and is a sponsored driver for Bank of America, winning several races including Sebring and the Rolex 24 over the course of eight years. Richard is also a licensed pilot and is certified to aviate several types of planes, including jets, and seaplanes. He received his pilot’s license from Delta Cambiar Aviation Academy For Aeronautical Engineering.

I met two Israeli guys during a pro show at the Cumberland County Convention Center of North Carolina, and they were impressed with my conversational skills and background in construction, from as a child working with my family’s business. Knowing that I was working as a deputy at the time, they were intrigued by how well I could talk to people. So they decided to offer me a job at Hersh Reconstruction as Director of Operations. That’s how I got started back in ‘96, although I joined Hersh in 1997.

We make our money by building and renovating apartment communities across the southeastern United States. We have several contracts and finished complexes throughout the states of Tennessee, Georgia, Alabama, Louisiana, and more and make sure that what each tenant moves into, is a top-notch place that they can call home.

We began to make a profit immediately, with a lot of hard work. We’re currently working on  67 different projects this year and have worked on as many as 80 annually. But when customers come to us, they know they’re getting a quality built building for an excellent price, and this is what we tend to focus on and have become profitable as a result.

I don’t have any doubts about whether or not my companies would work. I’ve always had the belief that with hard work and dedication, that everything else would fall into place. It’s that mind frame that has helped me become and stay successful in all of my business ventures. What has helped me with that was I studied at the John Kennedy Special Warfare Center, learning psychological operations, which has helped me tremendously by teaching you failsafe mechanisms and an enormous amount of strategy. It taught me how to structure the what’s and how’s of everything I do.

When I was working as a deputy, a friend of mine from work, his dad was the vice president of a construction company that was one of the largest REITs in the nation. He became my first customer, and I thought, hey, I am going to try out the construction side of things. Though it was through a relationship with my coworker, he was still a law enforcement officer.

One of the best strategies we have when it comes to generating new business is that we have some of the most experienced renovation experts in the industry. I’ve qualified myself in multiple areas that deal with rehabilitating properties of all types. From certified mold remediation and historic tax credits to certifications through HUD. I am certified in just about everything to do that is related to restoration. I’m considered one of the go-to- guys that will pick up the phone and ask for the who’s, what’s, when’s, why’s and how’s quite frequently.

The hardest decision I had to make recently was to create a work/life balance with my family. See, I am turning 50, and I was scheduled to climb Mount Everest in May, and my wife asked me like race car driving, are you out of your mind? I said no, I want to climb Mount Everest and she said, you know you need to slow down because you’re working 90 hours a week. So that’s the background which led me to find the right work/life balance for my family and me.

My success is from being driven to reach my goals. I’m driven like a blizzard in North Dakota. You have many obstacles getting in your way, but you plow right through them because you are determined to do what is needed to achieve what you are seeking out.  The same goes for being successful in anything; you can overcome any obstacle if you have the determination to reach your goals, you will succeed.

There has been a lot of satisfying moments while building my business. But the most satisfying to me is making sure every one of my customers is happy. I do this by keeping my promises that I make to them. Not only does it show you are an honest person who likes to keep their word, but it also shows that you have integrity.

I think the future is looking well for us, to be honest, and I see a lot of growth happening. Some of the things that are exciting me the most are smart growth and many great partners for some fantastic deals. These are the things that will tremendously help us grow well into the future and bring a variety of new customers and innovating current clients.

One of the best business books out there right now that has inspired me is Dancing With Elephants, by Jarem Sawatsky. It teaches mindfulness while facing life-changing obstacles. Books by Jack Welch have inspired me to help each of my businesses grow. I also like Sun Tzu Art of War, and read this multiple times while I was a young soldier at the John Kennedy Special Warfare Center. It stuck with me throughout business school.

What it talks about is you know the most effective war is the war that is never fought, and business is similar to war, but you don’t want to fight it. Instead, you want to be very strong in the marketplace, so that people can make better decisions to just work with others, rather than trying to take them down or maneuver you. Instead, by being a dominant force, and following up on everything you say you’re going to do, then the art of war exemplifies that gratitude. You don’t need to go to war right now.

A Ferrari! I’m joking. The most recent purchase which has helped my business was buying a new office. I had been in my previous office for 12 years and was ready for a change. The new building and offices will be finished next month, so my staff and I will be able to move in. I wanted something that was more high-end and boutique oriented after having to be in a “B” class office, and we are moving up to an “A” class. It also helps with employee morality.