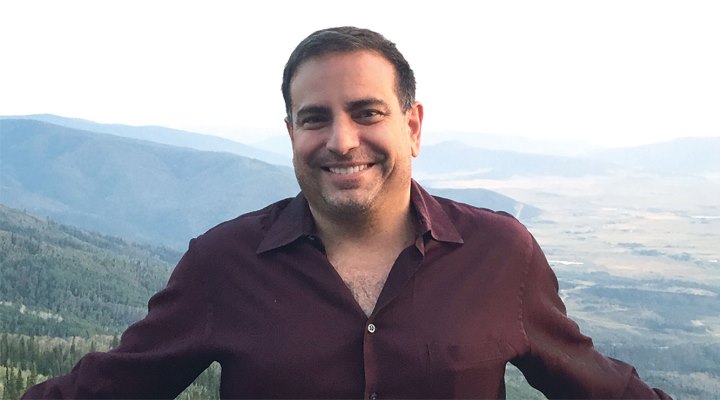 Richard Mgrdechian of New York, New York, is a highly experienced corporate finance, restructuring, management, and innovation professional with 20 years of experience in both start-up companies and distressed situations, and a strong focus on technology, media, and telecommunications.

After graduating with a degree in Electrical Engineering from the prestigious California Institute of Technology (Caltech) in Pasadena, Richard Mgrdechian began his career as an engineer at NASA’s Jet Propulsion Laboratory (JPL) where he helped design the guidance control system for the Cassini mission to Saturn.

While at JPL, he developed an interest in business and finance and began investing in distressed situations in gaming, retail, and media space. To further his understanding of that area, he returned to New York City to attend Columbia Business School, and subsequently worked for several years in the corporate restructuring divisions at Bear Stearns and The Blackstone Group.

In addition to his work in the financial industry, Richard Mgrdechian is a serial entrepreneur and was the founder and CEO of two technology companies in the areas of telecommunications and social networking, the second of which was acquired by Yahoo.

His current areas of interest include product management, innovation, and the strategic applications of data analytics, machine learning and artificial intelligence to next-generation business models in industries at risk of disruption from new technologies and agile startup companies.

You’ve certainly done and accomplished quite a few things throughout your career. What do you think is the biggest lesson you’ve learned overall?

Thanks. I would say the first thing to realize is that no matter what you do, everyone is ultimately part of an assembly line. It could be a blue-collar assembly line – which is what most people think of when they hear that term, or a white-collar assembly line, which would be moving around money, ideas, people, papers, legal documents or anything else. Either way, part of something comes to you, you add your piece, and then you pass it all on to someone else. There is certainly a whole spectrum in terms of complexity, but at the end of the day, it really is the same basic thing.

What would you say are the biggest differences between being an entrepreneur and being at a larger company?

Well, first off, I admire anybody who does any sort of honest work for a living. Everything has its pros and cons. Working for someone else gives you less control over what you can do and how you can do it, but working for yourself means that at the end of the day, you have only yourself to count on. That can be really scary. In fact, it really is the toughest job in the world.

I will say that one of the things I do miss about being at a bigger firm is the camaraderie. That’s something that is hard to replicate, and when it works, it really works and is the best feeling in the world.

I see you were an undergraduate at Caltech. Tell us a little bit about that.

Sure. The overall experience was great. I really miss the insightful conversations with the other students and all the creativity and raw intellect that was around me. I was also great to be able to meet so many scientific legends like Richard Feynman and Murray Gell Mann in person, and so many others who would become legends like Kip Thorne (who won the Noble Prize in physics in 2017 for his work on gravity waves) and David Politzer (who was my advisor, and won the Nobel Prize in 2004 for work in quantum chromodynamics).

Surprisingly, a lot of people have never heard of Caltech because it’s so small, but in terms of the science and tech community, it’s generally considered the MIT of the West Coast. In fact, it’s consistently ranked as one of the top five toughest schools in the country to get into.

Why did you choose engineering?

Physics and electrical engineering. The bottom line is that I’ve always enjoyed figuring out how things work. I love understanding something at its most fundamental level, and then relating how all the pieces fit together to make the whole.

I won’t bore you with too many examples, but a great one to think about would be microchips, the things that make iPhones, computers and the rest of our modern society possible. Semiconductor fabrication is as close to magic as we’ll ever see in our lifetimes. The newest microprocessors have over a billion transistors, and the newest manufacturing processes are running at 10-12 nm (nanometers), which is around a hundred atoms wide. Think about that – a hundred atoms. To me, that’s just incredible.

You worked at NASA for a while, and then went to Columbia Business School. Was that for an MBA?

Yes, MBA. I focused on operations and finance in business school, and then worked on Wall Street.

It was great. My area of focus was turnarounds, restructuring and distressed situations. Putting broken companies back together again is very similar to engineering in that you have to have a deep understanding of how all the pieces work, so I was immediately drawn to it. That business has been relatively slow for the past 7-8 years because the economy has been so strong, but I have a feeling things will be picking up soon. The economic expansion can’t go on forever, interest rates will rise, and the disruption of existing business models by technology continues to erode a lot of competitive advantages and profit margins of established businesses. A wave of defaults will be on the horizon sooner or later.

Was there ever a time you doubted yourself?

Any honest person will tell you that there always has to be some doubt, but the mental makeup of an entrepreneur is to take calculated risks, work ten times as hard as everyone else, and push through the weak points.

What is the one challenge you would love to face? What would be a dream job for you?

I’m driven by the need to do three things – create, build and fix – so for me, the dream job would be a position where I could do all of them at the same time. What that really means is to be able to take a company, a division of a company, or a specific business unit and transform it for the future to make it more efficient, more innovative, more agile, and more durable through a comprehensive soup-to-nuts business transformation. The way to do this is through identifying and shedding the assets that aren’t critical to the business, leveraging new technologies in non-obvious and more efficient ways, and using some serious out-of-the-box thinking to optimize the strategy of the organization to fit the changes in the competitive landscape. To see a business reborn this way is always really spectacular.

I would have to say a combination of tenacity, creativity, and always yearning for more. I’m never really satisfied with something, so I always have to try to find different and hopefully better ways to do things. For me, it also helps to know a lot about a lot of different areas. In an era of hyper-specialization, I think being a deep generalist is a big advantage and a huge differentiator.

What are the most important elements for success?

Definitely the right vision, and the right people. The right vision is critical to be sure everything is moving in the optimal direction, and the right people will work together as a team and understand that the whole is infinitely greater than the sum of the parts. They will complement each other’s skills, work for the greater good and do everything they can for the team and for the mission itself. On the other hand, the wrong people will try to sabotage everything you do, try take all the credit for themselves, spread rumors to undermine others, and then go ballistic when you finally get rid of them. The more desperate they are, the more outrageous and salacious they’ll need to be in their attacks against you. Avoid these people at all costs.

I think the other key to success is not necessarily how much you know, but how much of an understanding you have about the dynamics of human nature, a given business, and a specific situation. I doubt I can say it any better than Einstein, so I won’t even try, but what he said is absolutely true: “Imagination is more important than knowledge. For knowledge is limited, whereas imagination embraces the entire world, stimulating progress, giving birth to evolution.” Pretty sharp guy, if you ask me.

Selling one of my companies to Yahoo.

There are a lot of really interesting niche books on business, finance and strategy, but I think the best on is still Think and Grow Rich by Napoleon Hill. Despite the title, the book is less about money and more about how and why to follow your passions. For me, that been about coming up with new approaches to problems, creating value, building new ideas and learning as much as I can in the process.

What do you think the most interesting new technologies are?

Machine learning and artificial intelligence for sure.

What field of study would advise someone like yourself to go into if they were a high-school senior trying to decide what to do?

Get a strong foundation in math and physics. Physics will help you truly understand how the world around you works, and math – specifically calculus, differential equations, linear algebra, and statistics will give you the tools you need to move quickly through any or scientific or technical field you decide to pursue.

The second thing I would suggest is to focus on mastering the high-level programming languages, Python in particular. From there, realize that the future is in data analytics and machine learning. Find the areas within those that appeal to you the most and go after those.