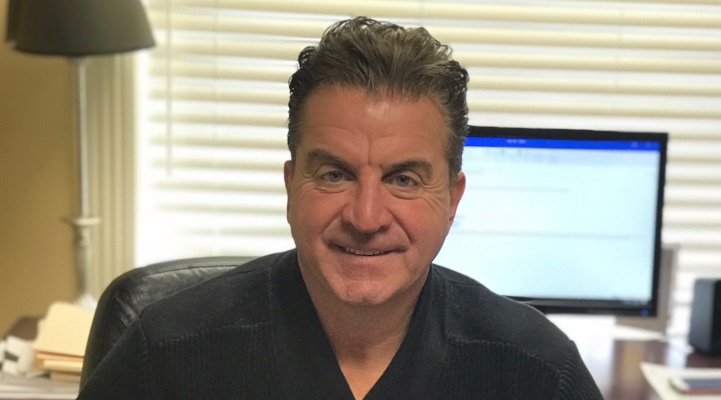 Raymond Falite started Falite Brothers with his brother soon after graduating high school.  They ultimately formed Falite Brothers, which is an HVAC company, serving residential and commercial clients.  He was going to go to college, but his brother asked him to join him for business.  Now, 42 years later, they are going strong.  Mr. Falite is one of five children and his father was a carpenter at Massachusetts General Hospital and his mother was a house wife.  He studied electrical design and operation at Wakefield and then began working with his brother.  They have been in the mechanical business together and Mr. Falite performs the roles of Vice President and Treasurer.  Together, the brothers have employed almost 40 people as well.  Mr. Falite works closely with the managers and office manager to keep things on track.  During his spare time, he enjoys skiing and golfing.  Between the business and his large family, he does not get to do that as much anymore!  He has three adult children and he just became a grandfather to an adorable little girl.  His son also works in the business with them and is hopefully going to take over someday.

I graduated from high school and my brother asked me if I would like to come and work with him.  I was going to give it one year, but things went great, so I stayed.  I felt this would be an up and coming industry, so I continued to grow with the company.  Through my brother, I sort of fell into it, but it has really worked out well over the years.

By working twelve hours a day!  We focus on taking care of the customers and doing a good job.  We make sure our employees are very well educated and up to date with the latest equipment.  We put a lot of work into the business.  I work six days a week now, when I was younger, I worked seven days a week.  We are also always willing to adjust or change in order to meet the current and often changing business climate.

We were profitable after three to four years.  The first few years were tough and we were working hard, then things began to really take off.  Sometimes, we do experience a plateau.  In that case, we review the business and make any adjustments needed, then things tend to grow again.  It has been a journey of ups and downs.  Overall, we have done well and made a good living.

The first few years my brother wanted to quit!  I actually told him that we have to stick it out and we did.  We had invested our time and money and we were determined and it payed off.  You have to stick with it even during tough times.  You can make things profitable through hard work.

Well, my brother had a few customers that were local businesses looking for more cost effective ways to solve their HVAC issues.  And after 40 years, they are still with us.  Word of mouth has been a great tool to help us continue to grow.

We started advertising about ten years into business.  We used print advertising and it worked very well.  Today we use social media and the internet for marketing.  My son mostly handles that for the business.  It has also proven very fruitful.  So, we are away from the print these days, using the internet instead.  We also used direct mail, mostly for our vendors and equipment suppliers, as well.

In the last four to five years we made a decision to focus more on smaller projects rather than the really large projects.  The large projects do yield big numbers, but the profit is small and the amount of energy required is high.  This did require us to downsize a little and reduce the volume, but it has been better for the company all around.  We have become more profitable this way.  It was a tough transition in regards to adjusting one’s mindset, but it was a very smart move for the company.  The smaller projects are more detail oriented and very creative.  I am glad the company went in this direction.

My work ethic.  I am up early and I am done late.  I don’t quit.  I focus on what I am doing and I am ferocious at my job.  I will not let up until I am finished.  My biggest helper is my yellow pad!  I write everything down.  The list is endless, but as I finish a task, I cross it off, all while adding new ones.  I encourage my employees to write down their to dos on a pad as well.  Once you write it down, you are committed and you don’t forget.  This way you knock out your tasks and you never quit!  I eat and drink work, that is all I do, which is what makes me successful.  If I can’t sleep, I find myself on the computer adding to my list or reading, responding, or writing emails.

There have been quite a few, but I am really proud to see we are still in business after over forty years and that we have such great employees.  The company is profitable and things are going well.  Everyone is making a nice living, so that is a really exciting.  I also get great satisfaction from our projects.  Participating in a new build or fixing an existing one is very gratifying.

I am looking forward to training and growing the younger generation.  There are not as many young people entering the trade, so I think it is important to expose the younger people and train them well.  This requires a lot of education and expertise, as well as computer knowledge since many components are electronic now.  I am hoping to see this within the next five years.  Especially since my brother will retire soon and I will not too far down the road.  My son has an education in business management and we are hopeful he can take over some day.  He has the knowledge and education to continue to grow the business.

Well, I liked the ‘Art of the Deal’ even though it is older.  It is not that it taught me about deals, but it reinforced that the way I was making deals was on track.  At the time, it was helpful to read that what I was doing would help my company grow.  It was very insightful, for me.  It was in laymen’s terms, which made it easy to connect to.  I also enjoyed The DaVinci Code and Angels and Demons.  And the book by James Brown    I really enjoy self-help and spiritual books, particularly Eckhart Tolle’s The Power of Now.  If you have not read his book or seen him speak, you must!  He is on YouTube.  Great speaker!

My yellow pads!  Take notes.  Whether on your computer, your phone, or on paper.  Write it down!