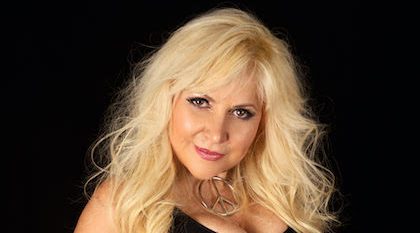 Rachael Cain, known throughout the world as Screamin’ Rachael, is an award-winning vocalist, recording artist, songwriter, producer, DJ, and all-around entertainment diva. She is known for her concerts, parties, club dates, and performances in cult films such as the Vamp Bikers Trilogy. Ms. Cain continues to serve as President of venerable Chicago-based label TRAX Records, the true home of House Music – indeed, TRAX is considered the genre’s Motown Records. Her new E.P. titled U Used To Hold Me will be coming out in early June.

Rachael’s comprehensive knowledge of all things house music cements her as an integral part of Chicago’s House Music scene. Her valuable hours are spent working to further the artists and music she is responsible for. Aspirants with the desire to become a music executive should see value in the years Rachael has given to the industry in which she works. Before she became the head of House Music’s preeminent record label Rachael was an ambitious entrepreneur eager to make something of herself at the advent of the digital music revolution. Rachael is a digital cowgirl that continues to tame the wild west of digital media and music.

Years of experience and the power of foresight enable Rachael to look at her past and current successes with the hope that – despite the millions she has seen in revenue – her greatest days are still ahead. Bright and hopeful were the pioneers of the House Music genre Rachael had fought for and championed. Bright and hopeful are the pioneers that Rachael works with to ensure that House Music has a place to call home. While music finds its way during a time of shifting musical tastes and an era of crossover mania Rachael Cain is an entertainment veteran that is navigating the ways towards the next industry waves.

I’ve always been interested in setting trends; I’ve never been a follower. You’ve got to have your finger on the pulse of society. There are all types of people to know. There’s something always happening somewhere around the world. My specialty is music. The genre I influence is House Music. Some people might refer to House Music as EDM or just electronic dance music.

Sounds keep evolving. You need to keep fresh ears. Sometimes musical trends get a reinvigoration. Acid House – which began almost 30 years ago – is solidly on point as HOT!

I generate revenue streams from our music which is distributed by Sony and the money comes from all platforms like Spotify, YOUTUBE, Amazon, and hundreds of others. All music has a digital footprint so we collect on everything that is streamed, downloaded, etc.

There are many lucrative licensing deals, Merchandise and Trademarks opportunities because of the influence that music has.

I made my first deal at the very start of digital music. In the beginning there were checks for .50 cents! Most people were afraid of the new frontier but I jumped in head first. Influencing on the digital sphere started with payments of a few cents to checks in the millions in the matter of about 7 years.

When I started out many people tried to discourage me. The idea of everything being virtual and making money by digital influence was still generally unheard of! I always believed in the future of virtual influence and to succeed you must be a visionary. Oftentimes people will not want to comprehend whatever it is that you might me innovating.

I suppose I have to say my first real customer in the digital realm was Tom Ryan. Tom made an internet licensing deal with me when he had a small startup called CDuctive. He led the way in digital music and made hundreds of millions. Today Tom is the CEO of Paramount and Pluto TV. In this expanded role in 2021 he has global oversight of the company’s streaming strategy. You could say I got my work experience from a top influencer!

My growth strategy other than referrals is NETWORKING! You never know how or when or with whom your next big deal will happen. Keep your eyes wide open. Engage with influencers in your field and even expand into other areas. Stay true to the brand but be very open to newness.

The toughest decision I’ve had to make in the last few months was selecting a partner for one of my ventures. I found a possibly excellent fit but this is still all very confidential.

I believe I am successful because I will let no one or nothing stop me from obtaining my vision. Most importantly I have a vision. Dreams don’t come true without vision.

Every day is my most satisfying moment because I live in the here and now. I understand who I am and where I am. Most importantly I am grateful to God for all of the wonderful gifts I’ve been given.

I believe my greatest days are ahead. I see a lot of expansion in the near future. There is growth that is possible because of technology. The way art technologies are developing and influencing artist creation is really cool seeing. I’m most excited about that.

I believe the most important book I ever read was “The Secret”. You must read it. You will
seriously learn to shape your world and perception.

I would advise my younger self to never let others bring you down. I would say hold your head up high – nothing is impossible. Confidence and belief in your path will get you there. Most importantly, I will tell my younger self to take time to visualize and dream big.

I don’t have very much time to mentor because my life is extremely busy but I am open to special people who might cross my path. I don’t have time to train others so I look for self-starters, like I was, who bring something innovative to my enterprises.

Sometimes I even see or hear something cool on Instagram and I’ll inbox if I’m excited. I believe in destiny and who knows who I might meet.