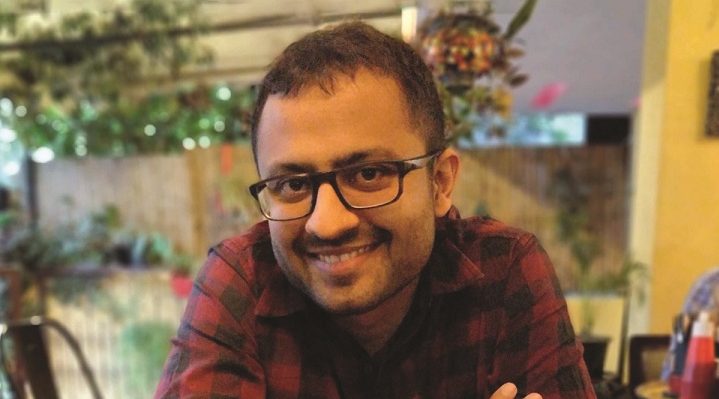 Puneet Gupta is an engineer by profession and also the founder and CEO of India’s one of the most reputed Astrology service platforms, AstroTalk. And interestingly, all this would be irrespective of the fact that there was a time when he would quote astrology as a ‘myth’. But then came the day in 2017 when an astrologer’s prediction came true for him, inspiring him to start AstroTalk.

Also, Puneet’s passion, excitement and thirst for entrepreneurship is such that AstroTalk is not his first startup. In fact, before starting AstroTalk, he had in his kitty the experience of co-founding and failing at two other startups that became the reason for his subsequent bankruptcy.

It was 2015 when Puneet had returned to Mumbai to take an engineering job after his first startup, associated with Ayurvedic products, failed to scale up. Thankfully, when he was in Mumbai, a friend of his gave him a call and inquired if he would like to co-found an IT service firm. Having recently failed at something, Puneet was not sure if he could risk his finances again.

Amidst the mulling, an astrologer colleague of his saw him in dismay and offered to help. When Puneet shared with her all, she offered to give him a future horoscope prediction. As a non-believer in astrology, Puneet literally asked her how an “educated person like you can believe in such myths?” Little did he know that he was about to see something special.

As the colleague was adamant and a senior, Puneet agreed to the help. It was then the astrologer friend predicted that he would certainly start the IT firm, but it will shut down within two years. However, she added that he would start something new again, which would be more successful and grow exponentially till 2026.

After two years when her prediction came true, Puneet couldn’t believe it. He went to talk to her, and amidst the conversation, the idea of starting AstroTalk, a startup where users can chat and talk to genuine astrologers, came to his mind. Interestingly, the same astrologer friend of his was the first astrologer on the app.

Honestly, after completing my graduation, I found a good job with an MNC and was content with it. But once you enter such MNCs and see them functioning on such a large scale, it makes you realise how much more is left for you to achieve. That’s when I decided to not limit myself.

Also, my parents are from an entrepreneurial background, so that entrepreneurial mentality is instilled in me. It works as a confidence booster. And it was also one of the reasons why I could quit my job and start something around Ayurveda, as it is a business I have been exposed to growing up.

AstroTalk’s business model is just like any other e-commerce website. We enrol the most genuine astrologers on the app from across the world, users take their services, and we handle the marketing and customer acquisition. In the whole process, there is a commission involved, which earns us a profit.

Fortunately, AstroTalk has been profitable since day one. As of now, the company makes $47,000/day approximately.

Doubt is a compulsion when it comes to entrepreneurship. And I would be honest that I was pretty scared. The first doubt in my mind was whether people would be ready to accept astrology over the internet? Because astrology, in India, becomes more relevant when there is a personal presence of the astrologer and service-taker involved. Fortunately, people have been accepting it, but we still need to penetrate into non-urban areas of the country.

Also, the fact that my second startup, and quite a successful one, had just shut down, so I needed to start something as soon as possible. So that fear, in some way or the other, motivated me further. After all, I had nothing to lose at the end of the day.

Ads were the way to go. I had personally worked on the ad keeping the phrase ‘Talk to astrologer’ at focus. On the first day itself, I got a decent response. I got lucky I guess.

Targeting the youth. Depression, stress, anxiety have become a part of our lifestyle these days, and most of us rarely know how to manage them. In fact, most people don’t even know that they are dealing with such issues. So our campaigns are catered around such social issues, which helps the user and us too. Also, it helps us divulge a modern image of astrology that is not just limited to horoscope matching or future predictions.

We have recently started developing our website, but the growth has been minimal. So at one point, I thought, why not shut the website and save resources? However, the organic reach of the website is something that can’t be compared with anything else in the market. So recently, I decided to scale up the resources for website development and content creation, without a strategy in mind. That, I would say, is a tough decision.

As cliche as it may sound but experimenting is something I feel is what makes me successful. For example, when I started AstroTalk, the platform used to cater astrology services through video consultation only. Going forward, we tried on-call consultation, and the customer repeat rate increased. Thereafter, we added a chat with astrologer option, and it further boosted the repeat rate. So, experiments and doing the business with utmost honesty are the way to go.

There are many. Like when customers personally text me to tell how astrologers have helped them resolve a certain problem, that is really inspiring. Also, recently we touched 0.1-million one-on-one daily consultations minutes. This shows our marketing efforts are working, and people are putting their trust in us, allowing us the chance to grow.

As I said, we would certainly focus on customer acquisition through our website organically. This is the prime strategy as of now, which shall save us a good chunk of marketing money, which we can use to expand our business in the foreign markets. Talking about foreign markets, AstroTalk already has a significant presence in foreign countries such as the US, Canada, UAE, etc. and we are trying to further scale it up.
Further, apart from astrologers, we have also started bringing counsellors on the app to help people with their personal psychological needs.

Honestly, I am more into fictional books such as The Night Circus. But I have read some business books too, such as Getting things Done by David Allen.

I would certainly ask my younger self to not settle down as easily as I once did. If you think you have achieved something in life, you won’t be able to be content with it for longer. There would certainly come a point or situation in life when you would feel that what you have is either not sufficient or not right for you. That’s human tendency. So our purpose should always be to grow out of our comfort zone, at least until we are young. One should be very careful with how they define their identity. As Camus once said, “A reason to live can quickly become a reason to die”.

Yes, I could be a mentor. One can reach me through social media or simply text me directly on the AstroTalk app. I reply to all such texts.