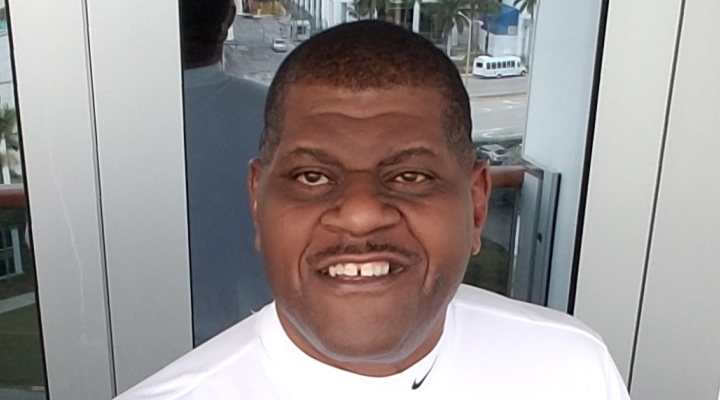 Pierre Dickson fell in love with computer technology, while working as a police detective for the Prince George’s County Maryland police department.  The desire to become a police officer started as an elementary school student and watching the TV show “Adam-12.”  The desire to help people in trouble, and serve his community, meant one of the local Metropolitan Washington DC area police agencies, would be a landing spot.  After 4 years at Howard University, another childhood dream, and majoring in Political Science, Mr. Dickson joined the Prince George’s County Police Department.  After the academy, and working in patrol, he was later promoted to Detective.  During his years as a detective, he found himself soon using Word Perfect to complete criminal investigations, and later, on in his free time, he began building computer systems.  Windows 95 had just been released, so there were many gaming choices for the PC as a result.  These were great years for PC gaming because console games had not arrived en masse yet.

After retiring from the police department, one of his first positions was with GSFC-NASA, a dream come true from early childhood, as he always enjoyed watching 1960’s TV shows, “Lost in Space” and “Star Trek”, a real favorite.  Working at NASA, he continued building on his networking computer skills, and eventually moved into the area of Cyber Security, after the 9-11 attacks on the World Trade Center and the Pentagon.

Over the years, Pierre has deployed many new technologies for various agencies and continues to research the newest bleeding edge technologies.  In his spare time, he enjoys playing basketball, traveling abroad, riding several of his road bicycles, to include a favorite, the Raleigh Willard 2, a gravel bike that is similar in comparison to a fast elite luxury SUV, i.e. the Porsche Cayenne.  Technology can assist our lives in so many ways, and Pierre feels fortunate to have been involved in two professions, where the impact on lives is seen on a daily basis.

After many years in the Information Technology field, I have found that the level of experience that I have, can best be used if I am working as an independent contractor, and starting my own business.  What inspired me was watching my friends and other colleagues start their own businesses and become successful in doing so.  They seem to be happier and have more free time to do the things they love.

I make money by delivering superior service, and valuing my customers input and direction.

I was able to profit almost immediately…I would say roughly 3 months.  It is important to do as much research as possible whenever you start something like this, and also talk to people who are already doing it, so you don’t make any mistakes.

No, I always knew I would be successful in this business venture because failure or giving up was not an option.

Through networking and a personal contact.  I feel you must build your business network prior to launching a venture such as this.

I think promoting your personal website is the best way to do this, since you global exposure, without doing much ground/leg work on your own.  We are in the age of technology, so using it to push your business is a smart move.

It can be tough to not include some colleagues who may not have the necessary skill-set to assist you with your vision.  At times, individuals have to understand business is business, it’s never personal.

Honesty and integrity are the cornerstones to a successful life and this also translates into business.  Without these two ingredients, I don’t think I could be successful.

Launching the company website, and working with my business partners to come up with a marketing strategy, and gaining the necessary synergy to maintain our focus.

The sky is absolutely the limit and I look forward to building out my client base and doing work nationally that truly impacts K-12 education and children.

That book would be “Who moved my cheese?”  A short, but great book, which everyone should read at some point in life.  For me, it basically has meant, if a door is not open for you, build your own door and walk through it.

I would say hiring a professional to assist with my marketing strategy.  This was money well spent.

If you could travel and live anywhere for a year, where would that place be?

That place would probably be Turks and Caicos in the Caribbean.  I love the water and surroundings there, and it is a simpler life, which I crave now at this stage in my career.  Serenity gives way to clearer thinking, and thus true happiness.