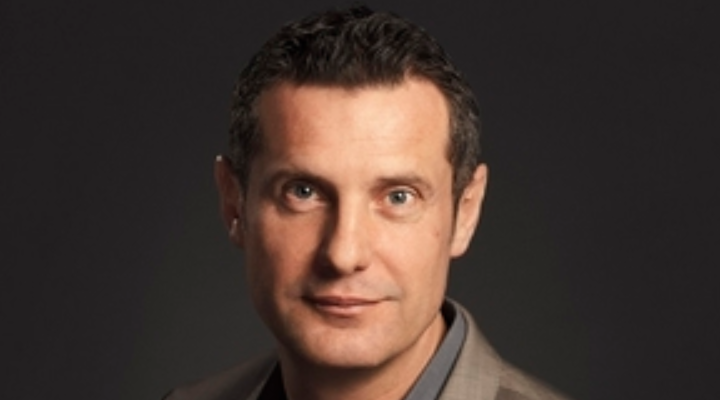 Philippe Warnery was born and raised in France. After receiving his BA from the University of Montpellier in 1994, he moved to Barcelona, Spain, where he held a job as the store manager for Decathlon España for three and a half years.

Warnery returned to France in 1996 to become Trade Marketing manager for Yves Saint Laurent (YSL) when it was still under Sanofi Beauty, one of the companies he had aspired to work for in his youth. During his five years there, he moved up from Trade Marketing manager to key account director for Van Cleef & Arpels / Boucheron Fragrances.

In 2001, Warnery began working for LVMH Moët Hennessy – Louis Vuitton SE, another company he had dreamed of working for. Starting as their key account director for France Guerlain, Warnery eventually moved to Tokyo, Japan, to become the regional director of travel retail for Asia Pacific Guerlain.

Warnery moved to Singapore in 2006 as the regional director of travel retail for Estée Lauder Companies Inc. for the Clinique brand. In 2009, he was promoted to the role of vice president, general manager, in New York, where he was responsible for the International business for the Origins & Ojon brands. Warnery eventually found himself promoted once again in 2013 to senior vice president, general manager and traveled north to Ontario, Canada, where he created one of the largest affiliates for the Estée Lauder Corporation.

In 2017, Warnery home to Europe, settling in London, England, as the president of the UK and Ireland regions for Estée Lauder where he currently resides.

How did you get started in the cosmetic industry? What inspired you?

My first industry job was back in 1996. I was working for YSL BEAUTY. When I was working towards my BA in the South of France, one of the things I had an opinion about was understanding French luxury. Also, for me, my drive to join the cosmetic world was because it had been an aspiration of mine. I wanted to work for the cosmetic companies L’Oréal or LVMH, and I have been fortunate enough to have had the opportunity to work for both.

I never look back. Honestly, I think to work for these big companies, you need to always be looking forward or you will never have the opportunity to grow. They gave me a chance, and I have worked hard at all the new challenges throughout my career, which have allowed me to travel and work all over the world. I feel that my experience since 1996 in the cosmetic world has always been extremely positive.

A good marketing strategy is a combination of data, innovation and Great people. Being data-driven organizations is essential in today’s world. We need to know as much about our customers and their shopping habits as possible, but at the same time, we must keep something extremely important for business, innovation. The combination of data linking with innovation has the potential make a company extremely successful. I think a strong combination of data and intelligence linked with innovation, as well as having creative people in the organization, are all critical to having a successful marketing strategy that will bolster business.

Right now, we’re facing major storms around Brexit and retailers decided to close doors in the UK and Ireland region. I’ve had to find efficiencies across business and to continue investing on major driver for tomorrow. When you close doors, it also means that people are potentially losing their job. Having to let people go is never an easy decision, but we used the opportunity to invest massively in expertise that we did not have in our space. Now it is about reinventing the structure by having the right outlook for the organization for the future.

My ability to think like an entrepreneur even though it’s not my company. I’m innovative, and I have a creative mind. These two tactics have allowed me to come up with successful business plans at multiple levels of the company, in multiple countries around the world. I believe that innovation and creativity, when coupled with a strong background in business can take someone to almost any height imaginable.

Reinventing the future and creating a new channel for distribution. For the past two years as the president of the UK and Ireland region for Estée Lauder Companies, I helped to accelerate new channels of distribution through e-commerce, with companies like ASOS, Feelunique, and Lookfantastic. These online platforms are what the younger generations of shoppers are using, and the transition has been very successful but also the importance to Re-Invent our Bricks model by creating greater experience to our consumers.

I’m excited about my future. There are very few people that have had the chance to work in Asia, Europe, the UK, Latin America, and North America. I have a lot of great experience. I was able to work in all these different regions, and I’m able to understand what is successful in each one. So, the future is exciting for me because what I can do now with my 20 years of experience and knowledge all over the world is take that experience and knowledge and put it towards creating my own business or working with a brand that wants to develop themselves.

What is the best thing about working in cosmetics?

What I think is interesting about cosmetics is that it is an industry that likely will never die. Cosmetics have existed for millennia and likely will still exist thousands of years from now. With the emergence of the middle class, there is a larger consumer base than ever before. If someone’s going through a difficult time, they may not buy a Chanel bag because it is too expensive, but they might still buy the Chanel lipstick because they can’t give that up. I think the cosmetic business is exciting because we’re having an emergence of the middle class coming from China and India, and they are not looking for access to the cosmetics world. We live in a world where 50% of the population is female and wanting to buy cosmetics. Additionally, the percentage of men using cosmetics is also steadily increasing and it is a trend that I do not expect to slow down. We’re seeing the emergence of all these new technologies and all these experiences that will continue filling the cosmetic industry. This industry is not going to stop.