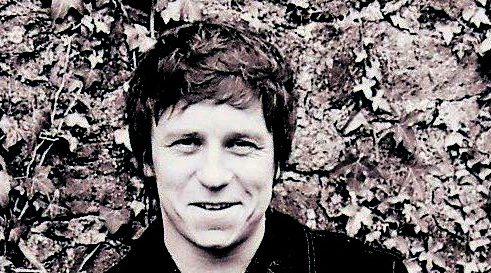 Irish singer-songwriter Paul Hourican lives in the U.S. and Ireland. Hourican founded ‘Blackbird Sounds’ as an outlet for his songwriting talent. Guest musicians and vocalists will appear on both records and in concert.

Hourican has been universally praised in the past for his songwriting skills. After setting up his own label, Hurricane Records, Hourican signed to Warner Music Ireland. Following this success, he released ‘One Step Forward’ and ‘All I Ever Wanted’.

He changed his focus from performing to writing after meeting Dave Kavanagh, the late impresario behind the success of Clannad and The Chieftains. Hourican moved to New York City in July 2012 and signed with Round Hill Music.

He has since written a considerable amount of new material with an eye toward moving toward Broadway, along with solo songs for release under the ‘Blackbird Sounds’ label.

In Fall 2021, Hourican is set to announce his new venture, Blackbird Sounds.

I fell in love with music when I was a teenager discovering bands and artists such as Oasis, Bob Dylan, The Beatles, U2, REM, David Bowie, Van Morrison, Elton John, Bruce Springsteen etc.

I played my first show in 1999 at a place called The Kashmir Klub in London (now gone). An incredible venue where new artists could showcase their work alongside established artists. It had a really great vibe and I recall getting a standing ovation on my first performance. I had more confidence playing in the anonymity of London versus Dublin and I remember feeling instantly ‘at home’ on stage.

I set up my own record label in in min 00’s and quickly signed a distribution Warner Music Ireland where the CEO Pat Creed really took me under his wing and believed in me. I then sent my first demo to Damien Rice and he really liked it and asked if I wanted to do something together. I was relatively young and inexperienced and said if he ever needed someone to open any shows I’d love to do that and that was great as I was a huge fan of his music.

Yes. I remember laying on a bed in between writing sessions in the Tyrone Guthrie Centre and that self-doubt crept in. Serious fear – False Evidence Appearing Real. I thought I had no back up plan and kind of didn’t believe in having one. I like to fully commit but my self-doubt was there and it was real.

On another occasion I had a meeting in London with a significant player in the music industry and he told me there were no more record stores in NYC and soon there’ll be none. I couldn’t believe it and thought ‘how can you ‘make it’ if people won’t buy music? I hated the whole Social Media world and it wasn’t something I wanted to be a part of and ‘ask people for attention’.

I came out of that meeting scared that I’d messed up my life. I called my significant other and she basically shouted down the phone at me that all of that was bullshit and I had to go and blow the crowd away that night.

And thankfully I did.

There are many great moments as a songwriter, most of them solitary as it is, for me anyway an exercise in isolation and thought however there are communal moments of sheer joy. Some of the best moments are playing songs to people who’ve ‘known you all your life’ and suddenly you ‘reveal yourself unto them through song’.

In some of those moments people (mostly friends) have been completely speechless and their some of the most rewarding moments. They’re your ‘first fans’ and it grows from there all the way through to stalkers!

I detest Social Media and Marketing – the time I donate to music and writing is focus on inspiration and craft. If the work’s good enough then…’all in good time’.

On the one had I’m extremely private yet to be successful in the music business or the arts you must go ‘above ground’ – I’m struggling with that.

Self-belief – whether I’m right or wrong, I believe my better songs can stand up comfortably next to any of the great songs in similar genres.

The writing are the most satisfying moments without question – they’re mine, they’re private, they’re creatively rewarding.

The other stuff live performing live is fun but it doesn’t have the same depth of experience to it for me certainly to the limited extent that I have done it thus far.

In truth there’s a lot I don’t enjoy about what surrounds a gig however I love the performance itself when I’m in it.

I have no idea what the future holds for me as a songwriter, a performer or writer. I’d like to think ‘lift off’ – selling out The Royal Albert Hall, The Sydney Opera House, Radio City Music Hall etc.

But writing songs that interweave themselves into the lives of the everyday and give people a sense of joy and hope. I’d love for artists I admire to record songs I’ve written and for them to be played for generations to come. A ‘Stand By Me’, a ‘Have Yourself a Merry Little Christmas’, or a ‘Fairytale of New York’ – songs that will always be sung and bring joy to many people for many years to come. It’s about the song, not the singer or the songwriter – for me anyway.

Noel Gallagher once advised me to buy and read ‘Isle of Noises’ a book about songwriters on songwriting and I bought it and read it. To be honest I have strayed away from music biographies and music industry books. My degree is in English Literature and History and I get a lot from reading the great writers and have a particular fondness for the Romantic Poets.

I think reading is an essential part of writing and as Joe Strummer said, ‘no input no output’.

I hope to buy a house buy a lake in Wicklow Ireland and build a writing and recording studio there. That would be a game changer.

What is your writing process?

I think most writing is done without the pen in your hand and it comes from the subconscious. You’re ‘job’ as a writer is to ‘receive’ the melodies bequeathed to you. Melodies that require virtue and I think great art like wisdom is a gift obtained through goodness. So there is always a struggle at the heart of the artist and that tension is both a burden and a blessing.

I schedule my writing early in the morning but really that’s not writing. It’s just sharpening my tools. The muse doesn’t keep a schedule and nor should the artist!