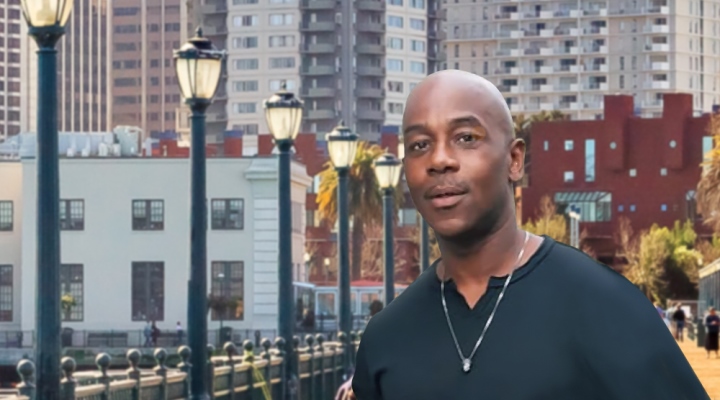 Nurney Hurdle Jr. is an African American male who grew up in the Bronx, NY. Like many who were raised in this type of environment, he was faced with challenges that only those with similar upbringing may identify with. In spite of being raised in a Baptist household, there was a totally different world that awaited right outside his front door. At face value, if one was to observe from afar, the playground outside held the characteristics of any other playground filled with children and laughter. The undertone, however, was quite different by far. As children played, mothers struggled with the task of figuring out where the next meal was going to come from. Along with that was the hope that their children, especially the young boys, wouldn’t turn to drug dealing or drug use to escape the reality that they were living below the poverty line. It would take something close to a miracle to overcome the adversities that plagued this environment and become a success.

Somewhere along the way, there had to be some intervention that would prevent Nurney Hurdle Jr. from becoming a statistic that was often too typical of youth in his neighborhood. Luckily, he took a healthy interest in the academic studies that were offered when he started to attend school. This interest was the beginning of hope — hope that there would be an alternative to the violence and negativity that seemed to have him surrounded.

This early passion to learn and excel is what fueled Nurney’s thirst to achieve more. This set the groundwork that enabled him to believe that he could reach goals beyond one’s imagination coming from this environment. He always had the desire to become a fireman. His reasoning was because firemen are loved, honored, and respected because their function and purpose is to risk their lives to save others. Though Nurney Hurdle Jr. never fulfilled his dream of becoming a fireman, he did realize his power to soar. At this time, there was nothing that would even suggest that his path would lead to him entering the transportation industry.

Entering the transportation industry wasn’t something that was planned for Nurney. It developed and made sense after all the pieces started to fall in place. After being introduced to the owner of a credit repair company, a conversation led to the idea that a transportation company would be profitable in the day’s climate. The finances necessary where doable and the demand was certainly there to strongly suggest that a profit come to be achieved. And that is when Nurney Hurdle Jr. started to put the plan into action.

I had a close friend that knew the business of hauling automobiles. He worked with a company at the time, but with the opportunity to help with my company starting at the ground floor, he saw the perks, especially after I gave him the opportunity to have a stake in my company that offered a chance to make greater profit in a shorter period of time than his previous company could provide.

I needed his experience and he knew the business would flourish. And that’s how it all started.

As in all business, there is competition. I had to find a way to separate my company, Kirkland Transportation, from the rest. To do this, I felt that there was no better ingredient than to provide courteous, prompt, and professional service. Using these principles as a company standard is what drives its success. All employees are made aware that anything short of these standards will not be tolerated and would be cause for termination. Also, in the same token, any effort that brings business to the company is rewarded accordingly.

In this business, money is made by simply providing the services rendered. If someone were to ask me how I make money, I would simply tell them, ” every time a customer is satisfied with our service.

As in all business, there is overhead that has to be considered. Of course, payroll has to be factored in along with maintenance, leases, and fuel. With all anticipated and unforeseen expenditures, a profit was still reached in a fairly short amount of time. I can still remember down to the day that it took 2 years, three months and six days to clear a considerable profit that made me glad that I put all the efforts in that I did. So glad that I stuck it out and to make sure that I didn’t lose any momentum, I took a portion of my first profits and took an advanced course in marketing. That was the best investment that I’ve made to this day because the advertising and marketing skills that I learned stay with me until today.

Of course, there were days in the early stages when it seemed like the problems and pitfalls would never cease. There were nights that I couldn’t sleep for worrying if had bit off more than I could chew. I was in too far already, so I had to dig deep and come up with solutions to my problems. The way I did that was to separate each problem from the rest and deal with them individually. Somehow that made the burden lighter.

It’s a funny story that lead me to acquiring my first customer. While my driver was taking the trucks trailer to get adjusted for the third time, he saw another driver that was broken down on the side of the road. The driver waved frantically until my driver reluctantly pulled over. Reluctantly, because he was under strict orders by me to go straight to the shop to get the adjustment without delay. He stopped to see what the driver wanted and I am grateful that he did. The driver was in jeopardy of losing a major contract if he didn’t get the load to its destination in time. My driver took it upon himself to negotiate a deal that entitled our company (I say our because from that day my driver became my partner), to half of the contract if he got the load to its destination on time. I won’t go into specifics, but that contract was worth a mint.

One of the marketing strategies that I use to generate new business is to advertise my company with short infomercials explaining quickly and simply what we do and how to contact us. And the one thing that I stress is that no phone call is to go unanswered.

One of the toughest decisions I had to make in the last couple of months was whether to move my company to another State. New York State insurance is one of the most expensive. However, the tradeoff is that many companies are here and the potential revenue that can be made based on volume is hard to match.

I’ve been asked before what is it that I do that makes me successful. Well, it may be cliché however true…being prepared to strike when the opportunity presents itself. I get that from when I was in the Cub Scouts. One of the mottos is ” Always be Prepared”!

Actually, my most satisfying moment in business is the moment when I witness a newly hired employee come in with the enthusiasm needed to help the bus move and seeing a future in it because at the same they realize a certain feeling of securing his or her family’s future finances.

With no end in sight for the internet and all the trade that is generated because of it, financial security from the transportation business is a given. It’s now not a question if I chose the right business to pursue, but rather what can I do creatively to be of benefit to the many future customers in need of the services that we gladly provide.

“Think and Grow Rich” by Zig Skylar is an old book with a few simple principles that can only be reworded and emphasized with fluff. I’ve read one motivational book after the next until I realized that they are all saying the same thing with a different twist. The only time one of these books will truly motivate you is when you put the book down and put your plan into action.

I cannot fail to mention Robert Kiyosaki. His books definitely guide my direction. I recommend them all to put you in a business frame of mind.