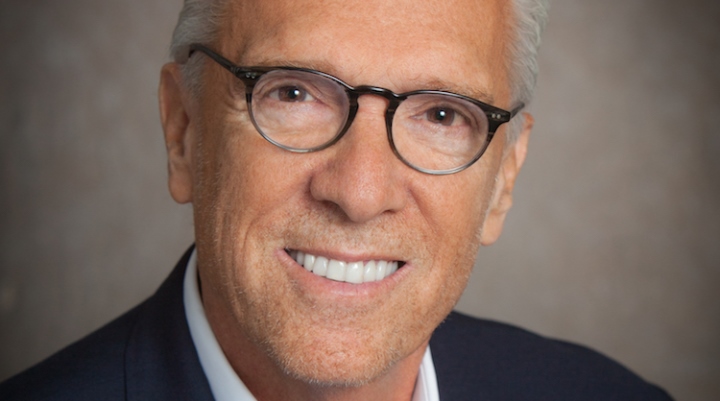 Norman Pattiz is Founder and Executive Chairman of PodcastOne. His extensive history of innovation and success was celebrated in an in-depth feature in the 2016 Global Change Makers issue of Forbes Magazine, highlighting “Pattiz’s celebrity-infused greatest hits” and the valuable “key to his money-making media.” With over 40 years of experience in audio, Pattiz is also the Founder of the radio network and syndication-giant Westwood One which, under his leadership, became America’s largest provider of news, sports, entertainment, talk and traffic programming to the Broadcast Industry. Westwood One owned, managed or distributed NBC radio networks, CBS News, CNN radio, the Mutual Broadcasting System, NFL Football, NCAA Basketball, March Madness, The Super Bowl, both the Winter and Summer Olympic Games and a wide variety of syndicated music and talk shows.

In 2000, Pattiz was appointed by President Clinton and reappointed in 2002 by President Bush to serve on the Broadcasting Board of Governors of the United States of America. The Board oversees all U.S. nonmilitary broadcasting services, including The Voice of America, Radio Free Europe, Radio Liberty, Middle East Broadcasting and others. He was responsible for conceiving and launching America’s Arabic language radio and television services to all 22 countries of the Middle East, plus Farsi language broadcasting to Iran reaching a weekly audience of more than 40 million listeners.

In 2009, Pattiz was inducted into the National Radio Hall of Fame and received the Giants of Broadcasting Award from the Library of American Broadcasting.

In addition to his background in broadcasting, Norm serves as the Chairman of the Lawrence Livermore and Los Alamos National Security Laboratories. He is a Regent of the University of California and a member in the Council of Foreign Relations and the Pacific Council on International Relations.

It was quite by accident. After I left Westwood One, the company asked me if we could work out an arrangement where I continued to have relationships with the talent that was on the network that had been originally signed by me or worked with me. That’s when I started Courtside Entertainment Group. It wasn’t to create a profit-making venture. It was really to maintain a relationship with the company I had founded. At the time, a mutual friend introduced me to Kit Gray, who was repping podcasts from his apartment in Marina Del Rey with his dog. After spending a couple of hours together, I was very impressed by Kit and intrigued by the medium. The more I looked into it, the more I thought, ‘What a great opportunity.’ And I thought, ‘This is just a digital version of Westwood One without the constraints of radio formats.’ So, within a couple of months, Kit brought over many of the podcasts that he had been repping, and we started producing a number of podcasts on our own. The original enterprise was called Launchpad Digital Media. When it became obvious that we were onto something, I added to my original investment in order to give the company the resources and running room to be able to grow, and PodcastOne was off and running.

The lion’s share of our revenue comes from selling advertising in the podcasts. We do also receive money from other sources, including subscription revenue from PodcastOne Premium.

We were in the black about two and a half years ago.

No, I thought it would work from the very beginning, and so far, so good.

It’s funny. I can remember my very first advertiser forty years ago at Westwood One, but this didn’t start with a single advertiser. It was a series of advertisers after we went out and evangelized about the medium.

We have a large and talented sales force, with offices in Los Angeles, New York City, Chicago, and Dallas, that goes out and tells our story to advertisers.

There’s really been nothing that’s been tough. We embarked upon our plan, knew what our mission was, and planned our course. Implementing those plans has never been a slam dunk because the marketplace changes, staff comes and goes, and programming opportunities change. But we expected that from the very beginning, and with a lot of people with a lot of experience in audio programming, distribution, and sales, we knew we’d have the resources to deal with the changes, and have.

Knowing as much about the industry that I’m in as possible, picking the right people to go forward with, and having the ability to pivot as the nature of the business changes have largely contributed to my success. In a digital world, evolving with the business is probably the most important thing.

There’s really too many occasions to count. The success of the programming, the addition of a new advertiser, securing the resources for growth – these are the same things that were important to me for 35 years at Westwood One. They’re even more important now that we live in a digital world. Although not specifically in my commercial business, the launching of radio and television assets in the Middle East, on behalf of the US government, in a variety of languages, was hugely satisfying. Had that been in the commercial marketplace, it probably would have been worth a lot of money. But it’s public service, which means no pay and cover you own expenses, so the opposite was true.

Growth, growth, and growth. We want to assure our position as the market leader, while the on-demand space in audio is growing exponentially. Frankly, this isn’t a lot different from what we did at Westwood One when we started acquiring and partnering up with other successful players in the to take advantage of the network and syndicated radio industry growth.

There was a book on network and syndicated radio when I started that business. There’s certainly no book on podcasting now. I like to listen to podcasts on the subject and find many of them to be inspiring, as well as instructive.

We’ve just invested a lot of money in our website, our app, and other ways to keep our programming and our technology appealing to consumers, as well as advertisers. When you have the best programming, you need to offer the best consumer and advertiser experiences as well. We have focused on doing both.