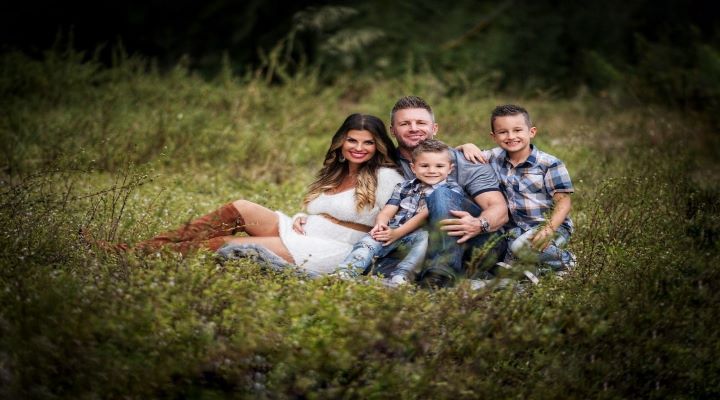 Nicholas Randall Torgerson is the CEO of 954 Capital LLC in South Florida. Growing up in a small town in Minnesota, he was always told he was a big fish in a small pond. Nicholas was very close with his Grandparents and Great Grandparents growing up. His Great Grandfather was the first Plumber in Central Minnesota, and had unmatched success, where he later purchased the majority of the apartment buildings in town and retired. At age 13, Nicholas flipped his first property with his father who owned a construction company, needless to say serial entrepreneurship and real estate run in Nicholas’s blood. However, because he thrived academically, he knew he wanted to go to college. One of Nicholas’s High School Teachers personally introduced him to a professor from the Center for Automation and Motion Control, which had a unique Mechanical Engineering Curriculum, in Alexandria Minnesota. This Professor had told Nicholas that he could be beating out other graduates who have 4-year Mechanical Engineering degrees, in just 2 years, earning $100K+ per year starting out. Nicholas immediately canceled his enrollment at a St. Cloud University and took the professor up on his offer.

At age 20, upon graduating in 2002, roughly, a dozen different Company’s flew up to Minnesota to interview Nicholas and a few others from his graduating class, and his Professor was right, Nicholas was in fact offered a job with a $100K annual salary at an Oil Company in Texas. He was also offered another job in Sacramento, CA, however a company from Fort Lauderdale, FL, named Aero Hardware and Supply flew him down to Ft. Lauderdale to meet all of the company executives for one final interview, and they gave him an offer on the spot. Nicholas accepted the position and became their Certified Hydraulic Specialist, making South Florida his home.

Nicholas has always been very calculated, and it only took him one year to save up enough money and confidence to go out on his own, where he obtained his real estate license and started his first company in South Florida at age 21. He was always obsessed with thinking outside the box and challenging the status quo or conventional approaches to real estate. His first real estate project was where he teamed up with some capital partners and identified a community with 4-bedroom, 3 bath townhomes near Nova University. He turned the garages into a 5th bedroom and furnished each of the individual townhomes, turning them into professional dormitories. Renting out each bedroom with a turn key solution created significant cashflow for him and his investors.
In late 2006 he witnessed the uncontrollable refinance boom, watching homeowners use their homes as ATM’s, this inspired him to open up a consulting firm geared towards the mortgage industry. He had a massed over 4000 clients nationwide teaching them how to properly manage their finances with a web-based software with a laser focus on eliminating their mortgages as fast as mathematically possible.

Then when the great recession hit, what was left in the real estate and mortgage business was a new and uncharted foreclosure business. Nicholas had a unique advantage because he came from both the acquisition of real estate and its financing, and understood the complex intricacies of how mortgages actually worked. This is when Nicholas began working with attorneys to develop legal solutions for his past and present client base. The recent decade Nicholas has retained and/or been retained by foreclosure attorneys where he either finances or provides the litigation support a sole practitioner attorney would need to succeed in their practice. With this extensive knowledge and network in the foreclosure space, Nicholas launched 954 Capital LLC that offers real estate investors a unique advantage to buy properties at a wholesale level.

It is explained pretty well above.

There are multiple ways 954 Capital LLC makes money. One way is that we acquire real estate at a wholesale cost, and then sell it retail. Another way, is that we obtain a real estate contract then sell the rights to that contract. Sometimes we to a joint venture with an investor for the purpose of acquiring a property and we rent it out.

Because I have been in this industry for so long, we were able to hit the ground running, so since day one.

My Grandfather once told me, never be the first one in, or the last one out. Because my positions are always calculated and I am not trying to reinvent the wheel this time around, I really didn’t have any doubt of its success.

Because I have been in this space for so long, we really do not have to market much, at this point it is really referral only. However, when need be, we have a unique advantage with data mining, if there is a specific type of property with a specific desired set of circumstances, we can find it. However we focus on quality relationships, versus quantity and do not deal with consumers but sophisticated real estate investors only.

Tough decisions are made every day, however if I would have to pick one of the toughest decisions in my professional career, was when I had to terminate a partnership on a significant capital raise knowing it was going hurt financially, but was the right thing to do.

It would have be my relentless desire to win. This may sound weird but, I privately look at business like a war. You have dozens of little battles daily that go on for years, and ultimately, there is a winner and a loser. A lot of times I don’t know exactly how I am going to win; I just know I am not going to lose. Those who know me personally, have told me that is the secret to my success.

Since the corona pandemic, things have changed for everyone, one thing is that the demand for real estate in South Florida has never been stronger, and you couple that with the fact that banks will have no choice but to start foreclosing on many of the properties that people are not paying on because of the foreclosure moratorium currently in place, will allow enough inventory for the strong demand creating endless opportunities.

One of the very first business books I read was How to Win Friends & Influence People, I actually loved my phycology class in college, where you learned how and why people think the way they do. I am a big fan of science and math, and love undisputed facts. I also liked the Art of War. Preparation and strategy is everything in business.

Where would one begin with a question like this. To start, always get more than one opinion or perspective. Find a Mentor early on instead of always figuring things out on your own. Never doubt what your gut is telling you.

Not at this time.