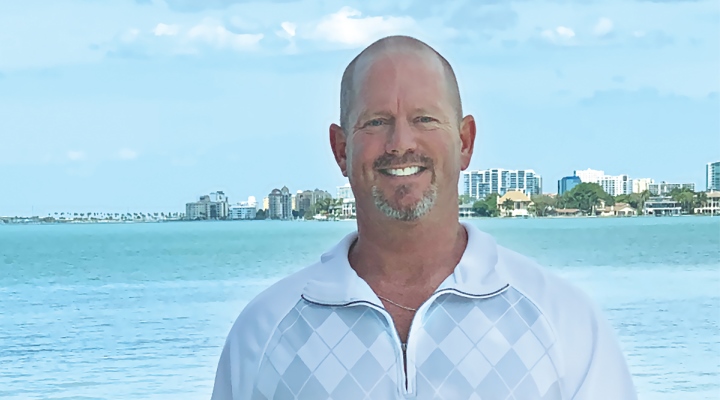 John Novak, the founder of Nexgen Software Services started in the software development business with no formal training as a salesman before eventually becoming a software developer.  In 1994 John was first introduced to investment software sales by one of his good friends from high school. He had been working as a sales person for a year at a firm and enticed John to quit his bartending job and come work with him.   At the time John was just married, had two young kids at home and was obviously very apprehensive leaving the stability of his current job. However, his friend convinced him one day by slapping down his two-week, 9,000 paycheck on the bar John was tending. John immediately told his friend he would go take a closer look and eventually started selling software the following week.  At first, John Novak had no idea what he was doing, much like everyone who starts out in the investment world.   Over the following 2.5 years, John had built up a nice clientele of traders and had become friends with one in particular that used Fibonacci analysis for day trading.  His client told him he could accurately predict the turning points of a market before they got there.  It was love at first sight.   John’s hunger to learn all he could about Fibonacci was on.

John Novak and his new partner decided it would be a good idea to teach the world their discretionary method of doing Fibonacci analysis. Starting in 1997, doing seminars that would last for 4 days, John would teach the ins and outs of how to do Fibonacci analysis on multiple time frames, spending HOURS and HOURS analyzing the charts to find those turning points.

In John’s last full year of selling software he was making north of $160,000 annually at 26 years old, but he wasn’t satisfied. Having experience selling software and realizing how lucrative it could be, John set out to automate the discretionary Fibonacci methodology. In August or September of 1997, John Novak enlisted a friend who was a high-level programmer, and together they set out to automate this method.   Admittedly it took them much longer than expected to achieve the very first automated Fibonacci Confluence Area.   December of 1999 is when they finally had their software automated and the T3 Fibs ProTrader® up for sale.  Over the next few years John and his partner refined the algorithm and in early 2003 finalized the automated algorithm that they still use in Nexgen Software Services today.

Nexgen Software Services makes money by selling the T3 Fibs ProTrader® and teaching traders how to use this software to make money day trading the markets.

Nexgen had immediate success selling the T3 Fibs ProTrader®. We had a product that we spent years teaching to clients and years refining and we knew we had something special on our hands immediately.

I learned the method years before I quit my job selling software. I then spent years teaching it to traders and with my extensive and successful software sales background I had no doubt that Nexgen would be successful.

Many of our first software customers where those who had attended our seminars.  They knew that spending hours and hours doing Fibonacci analysis worked.  The only thing better than doing all of that work before trading was having all of that work automated.  So we started out with a very nice data base of Fibonacci traders who purchased software.

It’s 2019, online and social media marketing is best outside of the wonderful referrals that our clients send to us.  Keep in mind this was not always the case.  In 2000 we could take out a small classified ad in the back of Futures Magazine, Technical Analysis of Stocks and Commodities or IBD and we would have all of the traders we needed. In the mid 2000’s the world went to “banner” ads and as things in life evolve, so too did marketing to traders.

We are very fortunate to not have to make many tough decisions.

The toughest one as of late was to “let go” our advertising agency and learn to do online marketing ourselves.  I really respect and like the agent I worked with, so on a personal level this was tough. This was also mentally stressful as there was a great deal of uncertainty about being able to find those hungry day traders who truly had a passion for the high precision trading that Fibonacci allows for.  Fortunately, we are finding out that this tough and even scary choice has led Nexgen Software Services to growth and introspection. I do not believe this would have happened had we not have made the tough choice.

HBNS syndrome. We joke about this in our live online chat room every day. It stands for “happy but never satisfied”.  I have a relentless drive to see a problem and find a better solution.  Every single time I make an improvement it opens the door to further improvements.  I have never been afraid of change and trying something new.

OK, two answers to this one.  My first, proudest moment was in the year 1999 when we had our first Fibonacci Confluence area automated.  I was so excited we took a laptop from Houston to Dallas to visit my father in law to show him what we had done.  The screen showed green bars indicating “S&P 500” data.  I remember it as if it was yesterday, I was so proud when I showed him how the bars went up to my Fibonacci Confluence area and touched it and reversed. I told him, “this is the future”!  He asked how much we needed for groceries knowing we had spent every penny saved to make it happen.   Outside of that, I have to say, the daily confirmation from clients produce Nexgen Software Services proudest moments. When we take a trader, who has never been confident or successful and they tell us that they are both of those things.  That is a wonderful feeling.

I would like to say we are a 22-year overnight success.  I can’t wait to wake up in the morning and get started on the future.  Trading the market will never be perfected and as such we always have work to do. We are currently working on writing our software for additional platforms to expand our client base, working on automated trading algorithms and generally making what is already amazing even more so.  We have done a lot of work with Fibonacci and Volume analysis and some of our newest software additions show amazing promise at the power of precision and confirmation of our long-standing rules.

The only book I have read in the day trading space was the late great Mark Douglas’ Trading in the Zone.  I was lucky enough to have Mark as a friend and we did a lot of mental sparring in the early 2000’s on what it takes to build a better, more confident trader.  I use many of his very universal principles in our classrooms today. I do have to say I was very lucky to have all of my early knowledge from experienced traders and once I learned Fibonacci, I was laser focused and never looked for anything else.  Love at first sight and I have never tried to replace it.

A VERY FAST computer. Spending all of our time on computers we tend to neglect spending on them until they break.  We have always used TradingComputers.com as our preferred trading computer.   The faster your charts load and the more reliable your computer the better off you will be as a software developer or day trader.

The biggest question I get from our new users is will I ever quit?

I am 49 years old and software development and trading is much like golf, you can be competitive until you are 90 so there is no reason to quit.  I like to joke that we work hard from 9-noon.  I am not sure what quitting would look like.  The answer is no I will never quit.