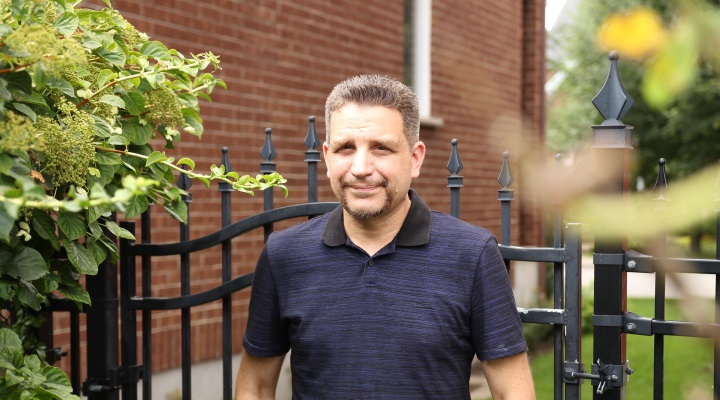 Nando Caporicci attended Concordia University in Montreal, Quebec, Canada in the early 1990s. He graduated with a Bachelors of Arts in Political Science. He followed that with a remote study program at the City University of Seattle Washington, United States of America. In 1998, he graduated with his Masters in Business Administration (MBA) with a marketing focus while working as a bookkeeper at an accounting firm.

His first marketing position led him to the solar panel company, ICP Global as their online marketer. He focused on direct and internet marketing, and with those newly acquired skills, he was able to make an impact on the fledgling website. From there, he moved to RoadMall.com, an online shopping portal where he was responsible for the inter marketing aspect. Here, Nando Caporicci developed and honed the skills that would benefit him in the years to come.

Starting at an early age, Nando longed to own something of his own. His first step into his own company was a partnership that did not turn out as he wanted it to. It taught him valuable lessons which he applied to his next company as a computer service technician. Nando Caporicci built this business one customer at a time, servicing their business computer systems and maintaining networks on site. While he worked in this business, he learned about Bitcoin and saw an opportunity, not only for himself but for others as well. He took the time to talk to his customers about this new opportunity and through a partnership with each client, he has been able to build an income for himself and his clients through Bitcoin mining. Nando Caporicci found his calling helping others build a Bitcoin mining business.

When he isn’t building rigs and partnerships, he’s spending time with his children and keeping active. He enjoys exercising, reading, and meditating. As Nando Caporicci continues to develop his business, he also continues to improve himself.

Growing up, I found myself attracted to the freedom that independent business owners have. The opportunity to set your own schedule and live your life while building a business is something that can’t be replaced. Owning your own business is not just about the money you make, but the creative outlet for something that’s yours. I’ve been reading business magazines since I was a teen.

As to getting into Bitcoin, that was a different thing. I started reading about this blockchain technology and all of the crypto-currencies. As Bitcoin continued to increase in value, the opportunity became clear. It took some time, but once I convinced my first client to become a partner, it was uphill from there. While it can be nerve-wracking to be on the ground floor of a new opportunity, it is also exhilarating.

I build and maintain the rigs, which are sold to my clients at or just scantily above wholesale. From there, I manage the mining accounts and take a small fraction of the profits as a commission. When the client or I choose to cash out, we split my portion off, and they get the rest.

You can think of it like a slot machine. When you put money into the slot machine, there’s a chance of winning. When a winner is selected the house takes so much, and the winner gets the rest.

I believe it took me about two years to become profitable with the Bitcoin mining company. My partners saw results quickly.

When things began, not everyone knew about Bitcoin or how the mining process actually worked. Initially, I not only had to teach them about the new blockchain technology and associated Bitcoin currency, but I had to pitch the opportunity as well. That took time. As I got better at doing this, more people came on board. Eventually, I was able to build to the point where the result was one and eight contacts would jump on the opportunity.

I saw blockchain as the game changer it is and that made it easy to stay the course until I reached the point I’m at now.

Some years before, I began working with a transport company handling their computers. When I was ready with the opportunity, I collected the materials I had at the time and approached the owner of the company. He had enough room in his office to handle a mining rig. As we spoke, I was able to help him see where the opportunity was a sound investment and to this day he continues to reinvest his profits from the partnership in new mining rigs.

The best opportunities for growth have been through a couple of free portals, Craigslist.org and Kijiji.ca. These are classifieds sites where I can post in the financial sections. Typically, I post a simple advertisement that allows me to make contact and set up a time to enjoy a good conversation with an interested person. I have found that regardless of how the conversation ends, there is never time wasted when I’m meeting a new contact.

I have been researching diversification options. As I have been diligently doing so, I have encountered many opportunities. At this crossroads in my business, I am considering all of them carefully. Some would suggest sticking with what I know, but diversifying is an important part of any company or personal business. I am considering Shopify and their Dropshipping partners.

I would say that my persistence has been my greatest asset. It has led me to continue despite whatever obstacles surface. I believe that by learning and doing everything you can until you see results, leads you to where you want to be, and I have seen evidence of this. If I make a mistake, I don’t dwell on it; I learn from it and move forward in a better direction. Every new lesson is an opportunity to improve upon prior successes, so I don’t easily get discouraged. Simply put, I never give up.

Experts are saying that Bitcoin will continue to increase in value. While I’m watching this, I’m also watching how countries are shifting to a crypto-currency as well. I believe, in time, everyone will be able to treat it as if they are their own bank, paying by phone or tablet without a middleman. The blockchain is the key to this.

Gary Halbert created the Boron Letters. This book provides insights into marketing and copywriting that lay the foundation of a good marketing plan. His book teaches headings, copywriting, and ad design while sharing his own story as well. This book was written in the early 1990s, but the principles apply today.

One thing I believe all successful business people encounter is procrastination. I know I have dealt with this. Michael Angel Martin introduced me to a program – Action Enforcer – that helps you stay focused on tasks that need to be done. Using it has added hours to my day and increased my productivity at the same time.

What strategy have you found has helped open the most doors for you?

Over three years there have been many people suggesting that you gift around 10% of your profits to charity in some form. It is something I had always wanted to do and when I finally did many doors began opening up for me. You can call it a not so secret, secret. It is a good feeling to know I am helping those who need it. That good feeling carries over in all aspects of my life, and since I started doing this, I have seen further results in my business.