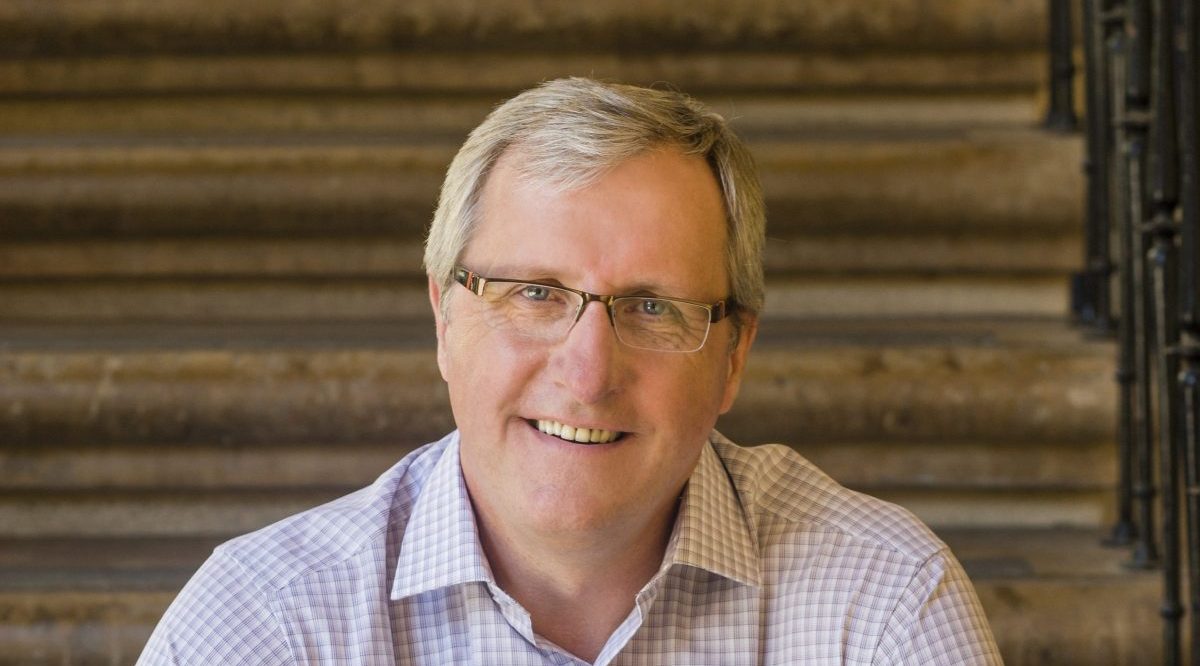 Mike Richardson is the president of Online Trading Academy (OTA).  With both an online community and more than 40 locations worldwide, OTA helps students develop confidence in trading and investing in the financial markets. Richardson joined the company in 2018 at the invitation of OTA CEO and founder, Eyal Shahar. Richardson’s mission was to help take OTA to the next level and help it to fully realize its potential by promoting company-wide agility.

Richardson began his career as a petroleum engineer for Shell International, working on off-shore gas and oil drilling rigs in Europe. He has also worked in the aerospace industry, most notably for the Aerospace Division of the British public company, Spirent. There, he rose through the ranks to run the Division. Seventeen years ago, he left Spirent to build his consulting business, Sherpa Alliance Inc. The company focused on helping small and medium-sized companies evolve their operating system for Enterprise Agility , which is the ability to pivot quickly and effectively as market conditions change.

Richardson is working on his second agility book  “The 5 Roles of Everyday Agile Leaders: Cracking the Agility Code for CEOs, Executives and Managers of Small to Medium-Sized Enterprises”. He is also a frequent speaker on agile leadership and was a chair and speaker for Vistage International, a peer mentoring organization for CEOs and business leaders.

Richardson earned an undergraduate degree in geophysics from Southampton University in England and a master’s degree in business administration from London Business School. A native of the United Kingdom, he now lives in the Temecula Valley area of Southern California with his wife. When he’s not working, Richardson enjoys studying agility leaders in the real world, such as fighter pilots, Navy Seals, ER doctors, engineers on off-shore drilling rigs, and firefighters.

I joined the company in 2018 as co-pilot for the founder and CEO, to develop the enterprise-wide agility required for the company’s next phase of evolution and realizing its full potential.

We provide financial education to help people develop confidence in trading and investing, based upon a proprietary methodology and patented technology. Most importantly, we provide lifelong access to our education, support, and community to facilitate the student learning journey.

We are one of still only a few thousand certified Benefits-Corporations (B-Corps), thinking in equal terms of purpose and profit, in business as a force for good. As a result, we relentlessly reinvest in our business and have found that balance from the very beginning.

Fear, uncertainty, and doubt are a necessary part of innovation. When I joined the company we were in our second year of the single biggest and longest investment in innovation in the company’s history, called CliK – a first of its kind, revolutionary education, analysis, and trading platform unlike any other. Not too far short of a bet the farm investment. I helped institutionalize an agile approach, not only to the project-management but necessarily enterprise-wide to align the organizational agility required. When you truly embrace agile, you know that failure is a necessary part of success. Small, fast, early, affordable, and purposeful failure is a smart failure which isn’t a failure, it’s learning. It’s the only way to blaze a trail no one has blazed before, to chart uncharted territory no one has charted before. When you are agile, you don’t fear doubt, you embrace it.

The CEO founded the business in 1997 initially as a trading floor for which he got his first customer. Shortly thereafter he realized there was a huge void of education and pivoted entirely to that. In many ways, that void still exists today. Unless you have the resources to get a top tier education sufficient to get recruited and trained by a Wall Street institution! We proudly believe we are the best alternative to that for everyday people, with the comprehensiveness of education, support, and community to be up to the task. Because of the COVID-19 pandemic, novices have been signing up for online trading brokerage platforms in record numbers without sufficient education. My focus is our 100,000th customer. So far we have served more than 80,000 students with lifelong education.

We find that the very best way is to provide a free class to allow people to begin the learning journey with like-minded people on a similar quest. Getting some early insights into how the financial markets really work, a proprietary methodology aligned with that and patented technology that facilitates the rules-based, step-by-step, and risk-management first approach is a key.

Our decision to sustain our level of investment in the development of CliK during the COVID-19 impact period has been key. We could easily have reduced it or suspended it, but we are relentlessly committed to it and have the agility to be able to find a pathway with which to sustain it, progressively releasing more proprietary and patented features and tools that students rave about.

Our agility and the way we have institutionalized it, founded on a culture of love. In an increasingly turbulent world, your agility is the only competitive advantage that has any permanence these days, everything else is increasingly temporary increasingly quickly, probably bigger, faster, and sooner than you think. Our culture of agility is founded on our #1 core value of love which the company adopted 15 years ago because the founder and CEO insisted upon it. Today it’s very fashionable, back then it wasn’t. We define love as the absence of ego, fear, and limiting beliefs, all of which are pivotal to agility.

As a part of sustaining our development of CliK during the COVID-19 impact period, we released our Supply & Demand Grid tool inside of CliK. This brings the company full circle. The Grid embeds the essence of our proprietary methodology. CliK embeds the essence of our relentless commitment to revolutionary innovation. The Grid inside of CliK provides the launchpad for our education, support, and community spiraling onwards and upwards from here.

We are very excited about the future and revolutionizing education for everyday people to develop confidence in trading and investing. We have always believed this should not just be for the Wall Street elite. The “public” financial markets are supposed to be for the public and that is our relentless commitment.

Of course, every Agile book. Plus, I love George Leonard’s book, “Mastery: The Keys to Success and Long Term Fulfilment” (1992). It’s a classic. Whether it’s the journey to enterprise agility or the journey to confidence in trading and investing, this book reveals the secrets of going on breakthrough journeys.

Get started earlier on the journey to developing confidence in trading and investing.