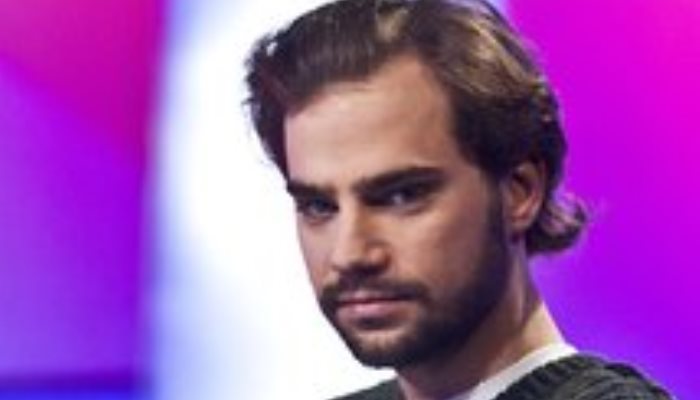 Mikael Marczak is a renowned director and cinematographer based in Los Angeles, California. Marczak has worked on great movies such as the award-winning film All these Sleepless nights, Men at War, La Machina and Fuck for Forest. Marczak’s documentaries and movies have received great reviews in the film industry hence named the 2016 most inspirational movie director by BBFTCA.

Born in Poland, Mikael studied at the California Institute of Arts. He pursued music studies. Additionally, he graduated from Academy of Fine Arts, Poznan, Poland. His great success as a director and a cinematographer is highly attributed to his innovative character. Truly, Mikael has perfected his film-production art with a particular focus on the documentaries.

One of Mikael’s latest work is a film called “All these Sleepless nights.” Marczak created the script for this documentary and directed in its production. The film is a fiction but educational, assisting us to understand the reality of our characters.

Apart from being a movie director and a cinematographer, Marczak also works as a co-creator for Sprite commercial developments known as “True Teens.” Marczak scripted and directed “True Teens” which went on to win the 2015 MIXXA prize as the best online video.

Passion for films. I grew up watching all manners of movies. I particularly paid special attention to societal themes in the many movies that I watched. I had the interest of our community at heart since I was young. My parents decided to help nurture my career when I was a small boy and enrolled me at the Academy of Fine Arts in Poznan while still in Poland. I later joined California Institute of Arts with an ambition to develop my career. It is in this institution where the idea of being a director came into actualization.

Creating movie’s scripts. Moreover, I am a director who helps other talented cinematographers in their business and talent by helping in directing their films. Commercial developments have also been a substantial source of my income. Finally, I engage in community activities which expose me to lots of opportunities.

Immediately I got out of the college, I started directing and writing scripts for my movies. I was lucky to have great support from thousands of fans across the world. This motivated me even to work harder. Therefore, within a period of one and a half year I had made the biggest breakthrough of my career.

No. Failure was not an option for my career. I worked each day with an objective to deliver the most inspiring films for my fans. I worked hard not to let down my biggest source of motivation; fans. Furthermore, I was hoping to transform the society around me and help others grow in their career. It called for determination.  My objective was and remains the interest of our society. The community issues are the key themes for my cinematography.

I am always connected with thousands of fans across the world on social media. I was inspired with their feedbacks. Fans are my customers.

Quality production. I always ensure my movies address contemporary and relevant issues in our society. Evidently, two of my film have won awards this year. In addition, all my films have an entertaining part that fans have always loved.

Hiring colleagues. It is advantageous to work with the most passionate and talented people so that we can make a change in the movie industry. Passionate employees are self-motivating.  Like any other business, right individuals are key to success in film industry. Thus, I face difficulties when recruiting people.

Hard work. I am a believer in working for a better tomorrow. I consult and engage in community works so that I can understand better the issues affecting the society. Additionally, I listen to views from my fans which are of great importance in my business. Also, I travel widely with the aim of writing scripts for documentaries.

Impacting on people’s life through my films and documentaries. I receive thousands of feedback every day from fans across the world expressing how my movies have changed their way of thinking.

I am encouraged by the feedback I have so far received from fans. I am particularly inspired to have a chance of changing our future generation through films.

What business books and quotes have inspired you?

A quote by Mother Teresa that says “If you can’t love, at least don’t hurt” reminds me that each day I am responsible for lives of our people across the world. I have read some books, and one of the most inspiring is a book by the title “Start Something that Matters” by Blake Mycoskie. The book is motivating for entrepreneurs to keep focused on their goals.

Recently, I bought a new office that is based California on ensuring I continue to mentor the future entrepreneurs in the industry. It is my desire that I will be able to assist such young people.

Are you satisfied with your life so far?

Regarding my career, everything is working favorably for me. However, I still have the potential even to do better.