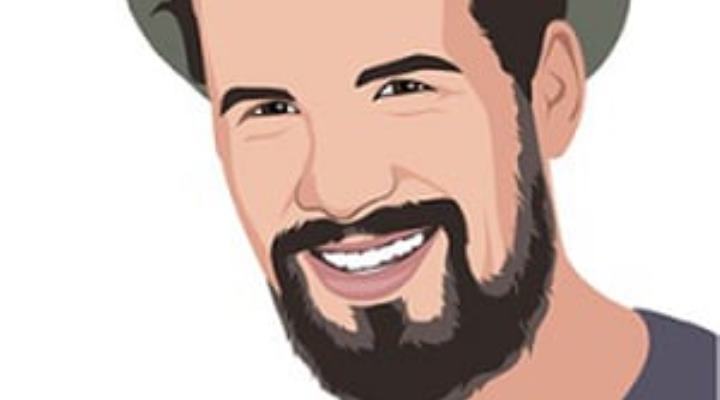 A man who believes that life in this world and the next should be enjoyed with cigars, Michael W. Asimos has been a cigar lover for as long as he can remember. As a matter of fact, his mother used to say that he was smoking cigars while inside her stomach.

Cigars, for Michael W. Asimos, is not only a hobby, it is a passion! Some people are food connoisseurs eager to try the newest dish but he belongs to a group of people who just cannot live without cigars. For him each cigar is unique. Not one cigar is like the other.

There are various things which dictate how a cigar tastes and some of them are the technique of rolling the cigar, the amount of sun the tobacco plant gets, and many more. He is more than willing to educate people more on this subject if given the time and the opportunity.

What do you do aside from enjoying your fine cigars?

Michael is not only religious about his cigar, he is also an avid traveler. Although his heart is in Miami, he likes exploring new places, meeting new people, and immersing himself in new cultures. Travel has opened his eyes to many things, not to mention given him the chance to explore the many places around the world which are renowned for their cigars.

He makes it a point to travel to a new city or country at least three times a year to widen his horizons and get introduced to some of the best cigars in the world. One unforgettable trip which he took, was in Honduras. The country not only has a great culture, it also has a long history of cigars. Although nearby countries such as Cuba and the Dominican Republic are better known when it comes to cigars, Honduras has so much to offer.

Honduras has been growing tobacco since the Spanish times and their unique ecosystem has given them a lot of possibilities. Some of the country’s regions, which are great for cigars are The Danli in El Paraiso and the Jamastran Valley.

Which places appeal the most to you?

I believe that travel opens your eyes to the world so that you do not have to spend your whole life like a horse on blinders. Travel makes you an incredibly well-rounded human being and this is something, which everyone should value. The opportunities and the challenges that will lay at your feet when you travel will help you discover yourself. You might even be pleasantly surprised by all the things you are capable of, things which you hitherto thought you could never do.

What’s your take on cigars as business?

When I was starting my cigar business, most of his friends thought I was crazy and some even tried to discourage me from pursuing his passion. However, I did not let them dissuade me from putting up his cigar business.

There was a decrease in the number of people who smoke cigars due to legislations that did not allow smoking in public places, however, cigar sales remained strong and that is what convinced me to start my very own business. And also there are numerous options available for anyone who is interested in starting their very own cigar retail business.

What did you do before starting your business?

Before finally deciding to start my own cigar business I did a lot of research. I devoured many books and articles about starting a business and cigars in general; I talked to people who loved cigars and people who had their very own businesses, and I consulted many people. It was my first business venture and I did not want to end up a failure. I did not want to prove the people who doubted me that they were right, that I couldn’t do it.

The first thing I did was learn about the industry. You have to be knowledgeable about any business, which you want to venture into. Aside from reading and talking to businessmen, I also attended seminars and I do not regret spending my money on them. They served me well.

Starting a business can be very costly and it is very important for you to know just how much money is needed to get the business up and running. Aside from the start-up fees, there are also other costs such as license fees, insurance, and legal fees and you have to be prepared for it.

Taxes will vary from one state to another. However, it does not matter where you are from it is necessary to get a Department of Revenue tax ID number, as well as a Federal ID number. Get things done properly so you need not worry later on and you can concentrate on making your business grow.

Is it better to be an online retailer or have a physical location?

Another important thing to consider is if you should have your business online or if you should have a physical store. Some of the things, which you need to consider before deciding, is where you are located and your business plan. Various cigar retailers want to cut costs and sell online, however, keep in mind that you will still need is a humidor where you can store your cigars and keep them in the best condition possible.

Any business advice for people who want to leave their 9 to 5 jobs and start their own businesses?

There is really no magic formula to starting your own business. However, there is such a thing as being prepared and being totally clueless. Not everyone has it in himself to start his own company, though. Before you invest your precious time and your limited resources, you should evaluate yourself and you must do this honestly. Are you a person who is easily discouraged? Are you confident? Do you find it easy to adapt to changes?

You must also have a very good business idea. You cannot just decide to start a business because something is all the rage these days. It is necessary to have a business concept that you are passionate about and something that you have experience with.