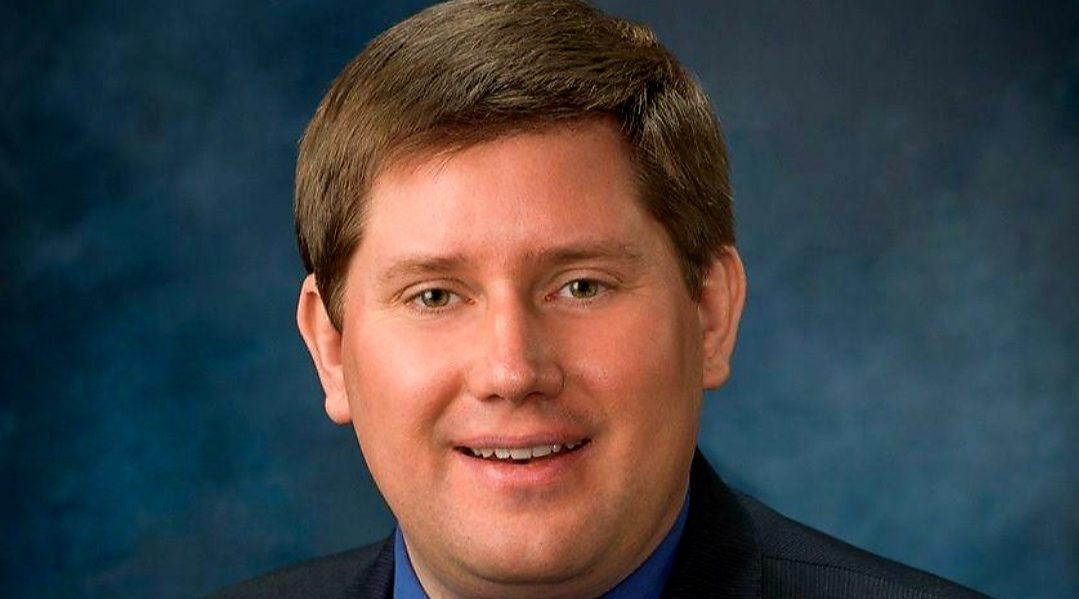 Michael Eisenga is a successful commercial real estate investor with a banking and finance background and is the former mayor of the City of Columbus. As a President of both American Lending Solutions, a mortgage lending company (he founded and operated from 2000 to 2018), and First American Properties, he has a track record of creating and operating successful businesses. Mr. Eisenga is also devoted to property development and construction, primarily serving smaller local communities. Especially in the senior housing sector.

I purchased two buildings that were what’s called a “triple net lease.” That means that, essentially, all I received every month was a rent check. So I was not directly involved in the management or management decisions of those facilities.

My inspiration when I started doing that, obviously, was to have a passive cash flow where I really didn’t have to do anything. Now, the company that was leasing these buildings from me ended up going into default on the lease, which means that I needed to make a decision. I either needed to sell the properties, find somebody else to lease them, or start my own management company and manage them myself.

So what inspired me to do that and actually start my own management company to manage the buildings was really a financial cause. I mean, I needed to try to build the value back up. And initially, my thought process was I couldn’t find somebody who would rent the buildings out for any kind of reasonable price because they were mostly vacant. Selling them was not an option because I would lose a lot of money. So really, the only option for me was to rebuild these businesses myself. That’s what I did. Then the rest, I guess, is history.

It’s very much a rental income business. We have assisted living facilities that provide housing and several services that people can receive based upon the different levels of care they need. But the essential services are a place to live, three meals a day. There are some activities that go on at the facility that residents can take part in if they want. Essentially, the rest of the services are really a decision that either the residents themselves make or a family member makes if they have a power of attorney. That would include medication management and more medical services. I would also say that our basic services include things like laundry and cleaning as well.

When I took over the management of the two assisted living facilities that I initially purchased, it essentially took two years. They were very, very low on occupancy at the time. So it took some time to get the reputations back where they needed to be and then get them filled with people.

It was very stressful, of course, when I found out that my tenant was no longer going to be making the payments. Because whether or not your tenant makes payments, the bank still expects you to make the payments. Of course, that was a stressful time. I guess I didn’t have a lot of doubts that I could make it work. I felt fairly confident that I could get these turned around. I mean, I looked at it as I really had no choice. I had to get these turned around.

So I hired a great consultant who had been in the industry since the industry had first begun, and she advised me. She helped me with getting the licensing in place. I worked with her directly in building a new management team there. Then I kept her on as a consultant on an ongoing basis, to stop in and make sure that things were where they needed to be and that the quality of the care and what we were offering our residents was where it should be. So that’s how I handled it.

My first customers were the residents that were at the facilities when I took over the direct management. So I picked them up at that time. But it was essential with the changes coming that we had good dialogue with these residents and their family members. We let them know what had happened, that there was a plan in place, that we had put a team together, and that some of the things they had been frustrated about or noticed that were lacking were now going to be addressed. We made a considerable effort to get the remaining residents and families of those residents on board.

The other thing we do is we offer residents and the new person who moves in rent credit. After the person moves in and has been there three months, not only the person who referred them but the residents themselves also received a rent credit. Also, we do that with employees. We have employees that refer us to people. And if that resident moves in, they also get a cash referral payment for referring someone to us.

Our marketing director who markets the facilities does print ads in the local newspapers. We do ads on the local spectrum in these communities so that people see them during their TV shows. We also do Facebook advertising, where we have our specials posts there. We also advertise in a couple of senior periodicals as well.

We’ve had a lot of decisions that have had to be made with COVID-19. One of the toughest decisions was how we were going to deal with that and how we were going to work with our residents and their families. A number of residents and their families were getting rather frustrated with all of the COVID-19 mandates that we had. We are regulated by the state of Wisconsin, so we need to follow what the state of Wisconsin gives us for guidance, and that was frustrating.

Everybody understands that these are mandates that our facilities have and we just need to follow them. We may not always 100% agree with everything either and we know that people are frustrated, tired, and feeling like prisoners in their apartments because they were really not able to get out or have people come in. We’ve worked through it as best we could.

I don’t give up. For instance, when I had to take these facilities over and run them, they were a disaster. I knew I had to do it, I faced it, and I just went for it. Instead of delaying or being stressed out and procrastinating, I just took every step I could the minute I found out that this was going to be occurring. As a result, a plan got put together, and management companies got formed and licensed in record time. I found a good consultant to help me learn what I needed to know as an operator.

The most satisfying part of being in business is seeing that the business is doing well. I’ve had some very successful businesses and it’s very gratifying to know that that’s something that you put together.

Obviously, with that, you don’t have a successful business unless you have happy consumers, as I said. That’s also something that I’ve enjoyed doing, whether in assisted living or other sectors like the home lending business. Knowing that you’ve been able to make a positive change in someone’s life, either help them to get into a home in the lending business or help them refinance a bunch of debt and save them hundreds of dollars per month that they now have extra every month, that’s a good feeling. With assisted living, knowing that our residents are happy and having an enriched life living at the assisted living facility, that’s a great thing. And then that just shows the success of the business.

I’m excited about that. I’m more excited about being involved in the private-pay portion of the industry, where we’re finding innovative things to offer baby boomers what they want over the course of time. That’s the direction I want to go. Also, I’m excited about finding new locations, finding new markets that fit our profile, and what works for us in the assisted living sector moving forward. It’s kind of fun to put that together and then get a good business plan and see that it works.

“How to Negotiate Anything” by Herb Cohen. I read it several years ago in my 20s, and it gave some excellent strategies on how to negotiate, especially at a business level and even at a higher level.

What is a recent purchase that you have made that’s helped with your business?

The most recent purchase was updating a nurse call system in one of our facilities. We replaced an old nurse call system that was over 20 years old antiquated. And now we have a very nice system that works on our Wi-Fi and has made it a lot easier for the staff. So that’s one example of the technology in the industry becoming so much more user-friendly.

Leave us with one point that few individuals know about your company.

One thing that few individuals know about our company is when it comes to finding management staff, we like to be able to promote from within. I believe everybody on our management team at this time is somebody who’s been with the company and has been promoted. So they started in the lower position, and now they’ve been promoted to a higher position, and I think that’s a great thing.