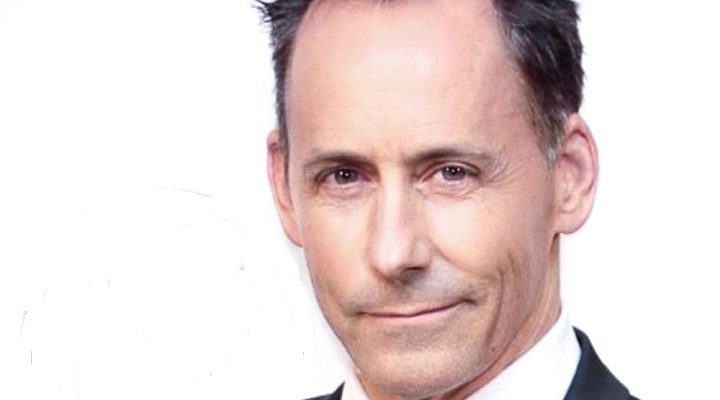 Michael Doven, CEO of United Pictures Group has been in the movie business for over 25 years. He has traveled the world with Tom Cruise as his Associate Producer on many films including Mission Impossible II, The Last Samurai, Minority Report, Vanilla Sky and Collateral. Michael came up through the industry learning valuable lessons in story telling and movie making  and marketing from such luminaries as Steven Spielberg, JJ Abrams, Sydney Pollack and Stanley Kubrick just to name a few.

Michael always had a great passion for movies and eagerly saw just about every movie he could through his teens in Colorado where he grew up. He determined that he would be a part of making movies and set out to learn all about what that would take.

After numerous classes on production, editing and camera work Michael worked on various documentaries and eventually had and opportunity to work with Mr. Cruise. That proved a game changer and thrust Michael into the biggest leagues where the learning curve was critical and the life experience indelible.

After several decades with Mr. Cruise, Michael, now with a family of his own (wife Andrea and son Lance), set out to produce a number of films through his United Pictures Group company. He has since produced The Squeeze (2014), Durant’s Never Closes (2015), In Search of Fellini (2016) and has many more in various stages of production. He is very involved with Finance and Distribution for these films as well as the creative.

I always felt there was more to life than what it appeared to be and I wanted to find out what that was. I embarked on a journey and travelled to learn all I could about life and it’s various mysteries as I was not content. Movies were the great escape in my teens and allowed unlimited travel through the stories. They allowed me to experience many viewpoints, danger, love, excitement, thrills, serenity, sadness, etc. and after the film was over, I went back into my life richer than I had been. I wanted to be a part of making these. I just started taking classes and reading books. Today of course I would have just spent huge amounts of research time on the internet.

Money is earned by creating great value in goods or services and exchanging these. As a producer, I  (most often as a collaboration,) help realize the vision of a movie by helping to provide the elements it is most needing or missing. Often this is story points, casting, financing, packaging, distribution, marketing and legal rudiments.

It took way longer than I would have liked. It is a long term game and investment as many films can take years to develop and finally get made. So you definitely need to plan for the long game and create one gain at a time.

Absolutely! Many moments of doubt along the way seek to throw one off. My purpose has not waivered but there are certainly times, where I would like to speed up the process and get far more done in a much shorter time. You have to be willing to confront failure and having some thing not work out as intended and carry on anyway. Athletes don’t win every game but they keep playing and do win some.

My first real customer was myself – I have to believe in self, purpose and the goals I set. Next was probably my wife. She has supported me through this entire journey and that is invaluable (especially during the tougher times). After that, every meeting with every person in the industry is an opportunity to help them and provide value.

It is not a marketing strategy as much as a life purpose: HELP artists. Help filmmakers. Help solve their problems. Help people. Help their families. People like to do business with people who care and ones they like (and are competent.)

I have passed on some films that would have been financially lucrative but do not fit my standards or ethical responsibility toward the effects I want to create with my films in society.

Setting tough but just barely attainable (and sometimes not) goals while taking into account possible resources and evaluating a plan that I can make work and then giving it 100% and enduring the journey longer than anyone else thinks is reasonable, all while ignoring the pain and persisting toward the goal.

Eventually, I accomplish it. I learned some of this as a triathlete training for the World Championships where I competed in the Hawaii Ironman contest and the Boston Marathon in 1985.

I am excited about the many films and stories that I get to be a part of bringing to the world stage. Working with remarkable artists is a privilege that I do not take for granted. I look forward to cracking bigger financial and distribution models for movie makers and being part of quality projects.

The business books I have read in the last year that were inspirational for me included:

What are the goals of your company?

We make movies, we help artists, we tell stories, we entertain audiences, we inspire individuals and we unite people. We know these to be worthy of our time, dedication and passion.