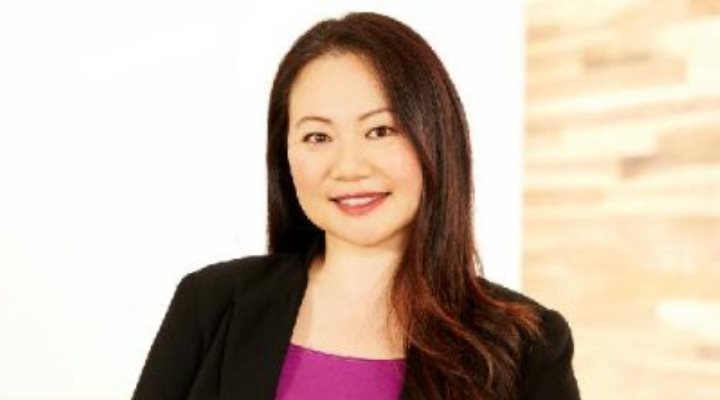 Mayumi Hiramatsu has been actively involved in promoting STEM-focused learning centers and procedures at Year Up, and has also hired two interns herself while at her previous position at Autodesk.

What do you do?

I’m a change leader for companies at both technical and organizational leader.  I provide thought leadership, strategy and lead companies through transformation.

I was surprised to see just how well the interns have adapted with my invaluable assistance and insight as it became their launching pad for their new successful careers. While I guided them through the tech skills they have to develop, the interns took that knowledge and created a whole new set of classes based on cloud solutions, open source Linux management and scripting skills.

It was at Berkeley that I got introduced to programming, and I loved it so much, I ended up becoming a teacher’s aid in another programming lab session.  I found programming to be a valuable tool for my statistical analysis as an Economics major.  Computers are helpful on many aspects of life – statistical analysis or even developing designs for fashion.  It’s my way of sharing how Berkeley shaped my future career as well as encouraging girls to open up to a career in computer science.

Web and cloud technical strategy and leadership initiatives.  While at Autodesk, I led an initiative to define Autodesk’s cloud technology stack.

When I was at eBay, it was after eBay had a massive crash and needed to change their architecture from a monolithic one to a distributed one.  This is why they hired me to build a new organization called Operations Architecture (now more commonly known as Reliability Engineering or DevOps).  We changed the technology but also changed the company culture to that of a DevOps where operability got considered from design instead of an afterthought.

At Microsoft, we were early stages of building IaaS before Azure was born.  I built a DevOps based organization by changing our organization’s value proposition, engagement with development teams, focus on automated solutions and skill set of the team.

At Cisco, I helped mature WebEx which was acquired by Cisco.  I focused on technology and organizational changes so that it changed from a start up, manual organization to that of a mature, automated one.

At Autodesk, the company decided to enter cloud but didn’t have cloud expertise in the leadership team.  They hired me to not only build a cloud operations organization, but also help the company transition to cloud.  I did this by building a new dev-ops based cloud operations organization, implementing agile methodology, fostering open source, incorporating modern technologies such as Open Stack, defining cloud based technology standards, helping change the company culture and developing cloud infrastructure strategy.  I’m now at Cisco to help its transition to software and cloud oriented company.

I immigrated to the country at 17. As I detail below and the training that I did to enter silicon valley as a female entrepreneur and mentor.

Hard work and persistence. I hear that I’m inspiring by providing my personal story and showing that minority women can be successful in Silicon Valley.  Many Asian female engineers and leaders tell me that I’m the only female leader they’ve had in their career, let alone an Asian Female.  In fact, I’m currently coaching one very capable Asian Female leader on how to show up confident and knowledgeable in front of her male colleagues because our natural tendency is to be humble and give credit to others.  I’m helping her strike the right balance so that she’s still humble and team oriented, but her success also shines through.

I’ve worked to lead changes such as organizational structures, new skill set development, cultural changes, process and tool changes… that are required with major shifts in technology such as cloud.  Reliability engineering and dev-ops.  I’m one of the unique leaders who understands the entire technology stack because I have experience in both software and infrastructure.  This is because I started as a software developer who crossed over to technical operations.

When I came to the US at the age of 17, I couldn’t communicate in English.  I was an ESL (English as a Second Language) student.  It took me an hour per page to read because I had to look up many English words and translate them to Japanese, before I could stitch them together as a sentence.  I didn’t understand what the teacher was saying, so I carried a small tape recorder and listed to it repeatedly when I got home until I could comprehend what was discussed in class.  The reason I’m sharing this, is because I tell the story of how difficult this was, but I conquered this.  I also conquered blending into the American culture.  What was the most difficult and could have held me back, was ironically my own culture and pressure from my friends and family.   This is how my presentation usually starts to inspire and motivate the up and coming women engineers.

Success as a female technological entrepreneur in a male dominated industry.