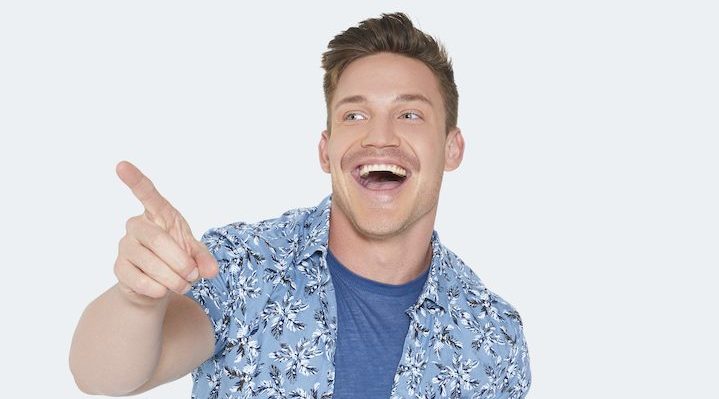 Born with a passion for the arts and an imagination that rivals the most expansive minds of the entertainment industry, Matthew B. Tarutis went from a young man with nothing to his name to a Hollywood powerhouse. Matthew is known for his lead role on the hit reality show Life Unfiltered, but amongst the bright lights and geniuses of Tinseltown, Tarutis has a growing reputation for his peculiar amount of creativity and productivity. The writer, producer, actor, musician, and Navy veteran has a burgeoning resume that boasts collaborating with names, celebrities, and personalities such as Tyra Banks, Tara Reid, and Serena DC.

Prior to the pandemic, Matthew attended to the creative direction of several elements that were finalized into Tyra Banks’ ModelLand. Amongst the slew of ModelLand productions, Matthew led and contributed to are the documentary, the writing of scripts and plots for the graphic novels and television series, as well as booking actors and performers for live events and performances withing the ModelLand experience itself. The value of the creative savant is found in the multiplicity of talent that the Los Angeles native maintains.

Matthew has plenty of abilities that make his time productive while working in the cutthroat entertainment industry that Los Angeles is notorious for. What provided him with the artistic foundation to realize his creative ambitions was his elation that came from writing. From his youth, Matthew displayed a joy for writing. The young author found that writing during his youth was a therapeutic art form that, once started, proved to be an endless way to express himself, organize ideas, and rationalize his thinking abilities. The same joy that Tarutis found inspired him to write positivity and inspiration into the lives of countless people. That intent guided Matthew B. Tarutis towards the famous and high-profile circles of Hollywood. Today, Matthew authors celebrity books, ghost writes song lyrics, develops news features, articles, and blogs featured within the pages of international publications and digital news outlets.

Matthew also runs a blog, featured on his personal website.

How did you get started as an Writer:

Growing up broke, writing was all I had. Through writing I was able to build and live out whatever life I dreamed of living. I was also very shy and insecure growing up, so writing was the only thing that helped me make sense of my ideas and rationality. It was how I expressed my emotions without anyone judging or taking advantage of my vulnerability.

How do you generate revenue as a writer?

I generate revenue by diversifying my writing and catering to multiple demographics. I write press, blogs, and articles for businesses and brands. I write books, songs, and even social media captions for clients too. For production companies, I write film and television scripts as well as outlines. I try to do it all.

How long did it take you to start making money as a writer?

Honestly, it took about 20 years because I never utilized it for financial gain, but rather personal reasons. Right after college however, I got a job creating content for Tyra Banks and my career really took off. It was that job that led me to believe I could actually make a living off my writing.

Absolutely, I had doubts. Once I began my studies at film school, my doubts tripled. Not only was the industry oversaturated with writers, but I learned that unless you had money or relatives in the industry, no one would bother with you. Coming from nothing and knowing no one left me feeling helpless.

But then Tyra Banks hired me as an executive assistant for her business ModelLand, which I was doing in order to support my writing career. I was there for only five weeks when I joined her in a meeting with a huge production company, where I gave my input and thoughts on this creative project we were putting together. Immediately following the meeting, Tyra pulled me aside and promoted me to running her entire creative operation for ModelLand. So, I guess how I handled rejection and hopelessness was that I never gave up.

Working with Tyra added some serious credibility to my resume. Since then, people would approach me for assistance on all sorts of creative development where I haven’t had to promote myself or look for work. Like I said earlier, no one really cares about you unless you have money or a name in the industry, and it’s no secret that Tyra has both.

I learned at a young age that pressuring people or over-promoting yourself was a repellent and didn’t attract the type of clients I’d want anyway. This is why I basically operate in secret and let my work speak for itself, word of mouth being my only type of promotional strategy. This ensures quality over quantity. I’d rather be broke than working with people I don’t believe in.

Ending my Hollywood lifestyle, as it started to destroy everything I’ve worked so hard to get. I decided to distance myself from the scene so I can focus on myself and my work. It’s been lonely at times, but my productivity and health are at an all-time high.

Resilience. Also, not believing I am successful. I have an insatiable appetite for progress and my standards are unrealistically high, which pushes me to work harder than anyone I know. I guess that makes me successful.

Watching the characters I created, speaking the words that I wrote, on a set that I designed was unbelievably satisfying. Knowing I could create all of that from literally nothing was a dream come true.

I hope to continue growing and developing my skills to the point that I can write, produce, and act in my own content. I’m addicted to creativity, so I’m excited to continue using it.

I would say that the best advice is no advice. I’ve learned everything I know about life by making mistakes and adapting to the outcomes. Too many biased opinions sway young aspirants from their dreams and goals.

Connect With Matthew B. Tarutis: