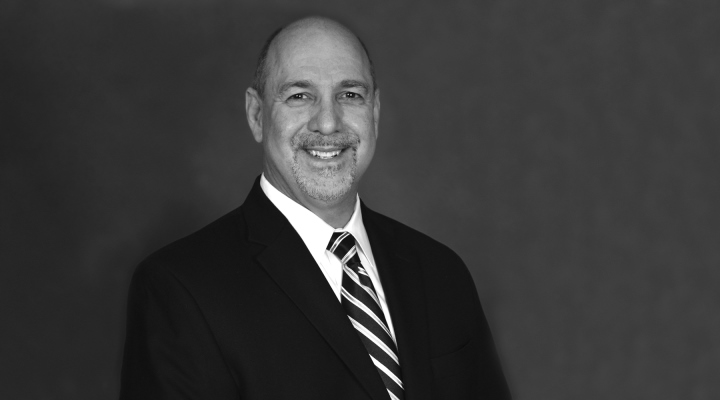 Martin Rose is an experienced Information Technology Executive with over 15 years of senior executive roles in diverse private and public sector organizations. Martin started his career in technology as a Senior Systems Analyst at IBM providing innovative quality software programs used to boost manufacturing yields up by 15 percent. He moved into his first management role as a Director for a large direct marketing company where he consolidated the company’s three online travel portals along with building technology infrastructure across ten new locations. He also drove an enhancement to the EDI/EFT system resulting in a 15 percent monthly cash flow increase.

Martin moved to the public sector assuming the role of a Director of Application Hosting for the State of Connecticut Department of Information Technology where he centralized over 40 State departments’ associated applications to a Platform as a Software Service Model. Martin was promoted to his first CIO position in 2007 with the Connecticut Department of Transportation where he retired the department’s mainframe by moving all applications either to the State’s Peoplsoft ERP system or a custom-built portal saving the department $2M per year. He later assumed the CIO role with the Connecticut Department of Education helping to drive the Governors new education initiatives. At the Department of Education, Martin worked with all 200 school districts to adopt an innovative statewide technology plan and he helped increase the technology footprint for the 18 State Technical High Schools.

Martin moved from State Government to local Government in 2013 by becoming CIO of Pinellas County in Florida. At Pinellas, his teams won many awards including the prestigious ESRI Enterprise Award which is given to only one organization globally. He also implemented a new Criminal Justice Information System. Martin returned to the private sector as the CIO of the Seminole Tribe of Florida where he transformed the IT department into a customer-centric solutions teams. He also partnered with the Hard Rock International on shared technology initiatives. Martin has his Bachelor’s degree in Computer Science and a Masters of Business Administration. He is also a proud veteran of the United States Air Force.

How did you get started in technology and IT management?

Martin started his technology career at IBM. He was involved in many new and innovated technologies at the time. He was involved with computer microchip manufacturing for many years. He worked his way into computer programming and pioneered several newer technologies for manufacturing at the time including UNIX programs and IP networks. Martin became a Director at the Affinion group where he managed five teams including network support, desktop support, telecommunications support, EDI/EFT support and finance. Even early on, Martin’s business acumen was evident as he managed the organization finance team starting in 2000. He was instrumental in creating and managing the IT organizations budget including working with corporate finance on monthly actual and projections for both Opex and Capex budgets.

When you were starting out, was there ever a time you doubted yourself? If so, how did you handle that?

Martin says he never doubted himself either as a key staff technology contributor or manager. His doubts, however, were always in his political acumen which he found hard to understand. He has learned much about this key part of his position, especially within local government. He has been able to build on his political acumen by being thorough, transparent, honest and direct.

How did you get your first CIO job?

Martin was promoted to his first CIO position in 2007. He served as the CIO for the Department of Transportation. He says the previous CIO retired. He approached his new role with excitement and curiosity. He inherited a great staff and two very good managers who helped him tremendously. He learned a lot about customer service, business alignment, and organizational development.  His favorite part of the position is his staff interactions and team building. He believes in two-way communications and he enjoys teambuilding events and meetings.

What is the toughest decision you’ve had to make?

Martin says the toughest decision he had to make was in picking staff as part of a resource reduction in force. Unfortunately, resource reductions are a common part of business and he has been involved in several reductions. He says it is extremely hard to select staff as everyone is a key contributor and everyone deserves an opportunity to improve or grow. Resource reductions in force with government are more controlled by Human Relation rules i.e. seniority, however, private sector selection often involves selection of the bottom-ranked staff.

Martin says his diverse experiences, education and military background have made him a very well rounded individual with a holistic approach to issues and solutions. His management style reflects his deep understanding of the diverse nature of his positions. With this vast diverse background, Martin has always provided honest, transparent, collaborative and definitive leadership to the over 500 staff he has had the pleasure to manager in his many years. He takes pride in his understanding of not only technology but also of business practices as his business acumen is one of his strongest traits. Martin’s passion for what he does shows in his constant need to improve and innovate. He also is an excellent judge of talent as he has re-built several organizations by retaining and promoting internal talent or acquiring talent externally.

Martin is again looking for his next great opportunity to inspire and change a new organization and/or himself. His ongoing need to improve and grow has him constantly exploring. He is most excited about the newer technologies which are on the horizon of becoming mainstream like automated cars, artificial intelligence, machine learning, and blockchain. Martin is very open to the future, new ideas and new adventures in his career.

Martin says his inspirations come from the ever-evolving and inventing the field of technology which he has been in since before the Internet. He has been a big part of the technology boom and has seen it all. He remembers his first used IBM PC, downloading his first UNIX OS via dialup and his first suitcase cell phone. He is also inspired by his children and the new generation of technology leaders who will move the future.