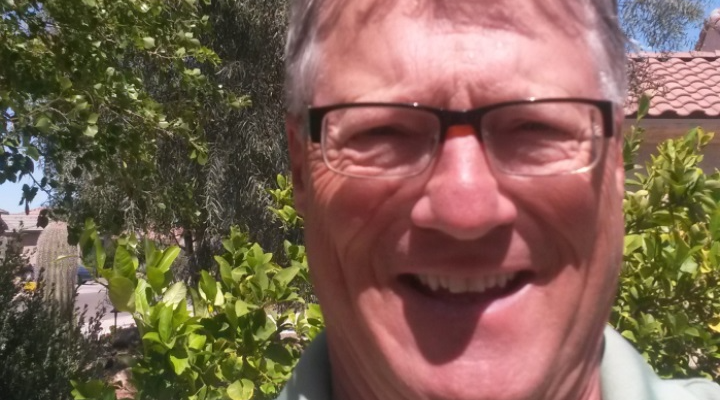 Mark Sleeper received his Specialist Degree in Educational Administration at Minnesota State University at Mankato. His career goal was to teach at the high school level and then become a high school principal.

He graduated in 1977 and accepted his first teaching job at Wyckoff High School in southern Minnesota. He taught special education students and coached volleyball, basketball, and track. After just two years, he accepted a new position at New Prague Middle School.

This teaching position was also in special education but working with 9th-grade students who were at risk of dropping out of school. He did some coaching in volleyball and basketball in addition to his teaching duties. After three years in New Prague, Minnesota, Mark had an opportunity to become the principal at Morristown High School.

He was only 27 years old and one of the youngest principals in the state of Minnesota. This became a valuable experience in the field of education administration but there was a desire to move on to a larger school district and a different location. After only two years, Mark accepted the principal’s position at Dodge Center High School in southern Minnesota.

This was a better position because it provided more staff support and an opportunity to do more things pertaining to the principal position. By this time, Mark had a family and there was an interest in a large principal position in a bigger community. He interviewed for several large school positions but was not hired because he lacked large school experience.

These schools have a significant application pool and have the opportunity to hire someone with experience. In order to gain some experience, Mark accepted an assistant principal position in Fergus Falls, Minnesota. This would expose him to all facets of a large high school of 1,200 students. He was hoping that within a reasonable period of time the principal would retire or take another position.

Fortunately, after just four years the principal resigned to work on his doctorate degree and move on to a central office position in another school. The superintendent named him interim principal and after one year received the job on a permanent basis.

Mark finally reached his goal of having a principal position in a community where he could stay on a long term basis and a good contract with many benefits. His family was happy to be in a large community with more opportunity for children.

After sixteen years, Mark decided it was time for a change and accepted the principal’s job at Princeton High School. The superintendent and school board hired him with the understanding that some major changes needed to take place in that building and they were hoping that his experience would help that get accomplished.

The first four years at this high school resulted in many positive changes. In 2005, the superintendent decided to retire in mid-year and the school board needed to decide what to do to finish out the year.

When the school year ended the chairperson of the school board offered him a two-year contract and the job on a permanent basis. In the summer of 2007, that contract expired and Mark decided to sign another three-year contract. This would bring him to the end of his career because he had reached the age of fifty-seven with thirty years of experience. This qualified him for full retirement benefits in the state of Minnesota.

It goes back to my days of a high school student. I used to watch and observe coaches and physical education teachers. I thought that was something I could do and would be a fun career to have. After that, I went to college at Mankato University in Minnesota to get my bachelors degree. I majored in physical education with a  minor in speech and also withstood the classes that would qualify me to do coaching.

It was three years in that position, I was very close with the high school principal at the time and he encouraged me with what he saw to go into administration. Management, planning, staffing, budgets, all of the things on the business side of education, I thought that would be something I would really enjoy doing.

I took a job where I was the principal, athletic director, counselor and did everything except clean the building but I was still principal. I learned on the job. I stayed for two years at this first high school, gained a lot of experience and had extremely good people to work with.

However, it was small and the town was small. It was the same thing as my first teaching job. I was about to get married and there was nothing there of interest for my fiance so I started applying and looking for bigger schools where I could be the principal and not have to do all of those different jobs all at once.

I applied for a position on the other side of the state and I got that job. The community was a little bigger community and right next to Rochester, MN which is a big community within driving distance away. I thought it was going to be a good job and it was.

When I was appointed the head principal of the high school. I was right where I wanted to be. It was time to work on some things because I had support staff all around me, including an assistant principal. I did have some challenges in the school. For one, I had to improve relations between staff and administration.

I did some things that I thought to be helpful. One of my strengths is my relationship with the staff, I was not one who worked military style such as do it my way or hit the highway. I don’t feel like that really works. I wanted it to be an inclusive environment, take input from teachers and staff and find out from them as educators what would improve the high school and the education for those students.

I did a lot of work with those staff members and put a program in that allowed all staff to have a say in the operation of the building. We spent a lot of time discussing what classes are offered what the curriculum should be, policies and procedures, discuss problems with discipline and how it is handled, budget issues, training. We worked on over a half a dozen issues in this program and it helped improve the moral of the staff. They got away from not feeling valued, from feeling like the administration didn’t care what they thought.

That was a major change in atmosphere. The program was very valuable in accomplishing that as well as working those areas of staff development and curriculum, budget, long term planning, student policies, and procedures.

I believe I was successful in what I set out to achieve by the way I communicated with the people I worked with. I always asked their opinions, for their input and their ideas. I never made it seem like I was ordering them around and I allowed them to feel as if they were part of a team.

Are you happy you went into education?

Yes, I would do it all over again. I enjoyed the field of administration. I did enjoy teaching, although I only did it 3 years. It’s a fascinating business. Nothing is the same every day when you are dealing with children, staff, and parents. You have surprises every day. You never know who is going to call you and what decisions you are going to have to make.

It is very rewarding because you can see what you have done in many ways. At graduation you get to stand up there with all those kids, it’s satisfying to watch them move on knowing that you had something to do with that.