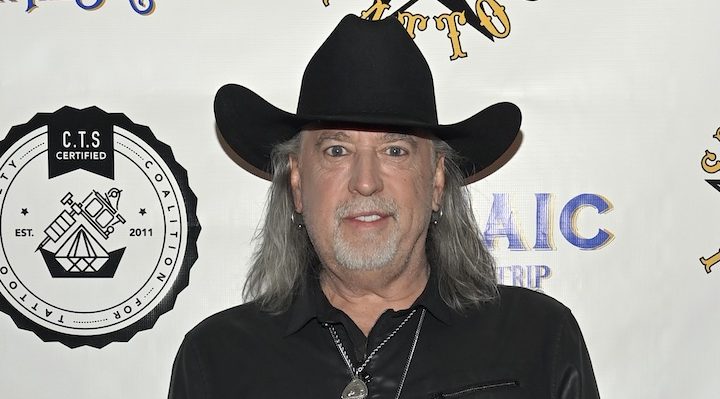 Mario Barth has over 2 billion media impressions worldwide. He is a celebrity tattoo artist, entrepreneur, rock star, and global force coming from Austria, and lived and worked in the US for over 30 years. Mario originally worked as a tattoo artist in the 1970’s, when tattooing was illegal in Austria. He is now internationally known as the “world’s greatest tattoo artist” – earning over 200 international awards, and setting several Guinness World Records.

Today, Mario splits his time between New Jersey and Las Vegas, where his corporate headquarters are located along with his signature studio Starlight Tattoo – Las Vegas (at Mandalay Bay Hotel & Casino). He has an exciting, proposed tattoo studio in Beverly Hills, which would be the first ever. Just opened, is a Tattoo-Music-Cocktails themed bar “Drink’d” coming to the Miracle Mile Shops at Planet Hollywood Las Vegas, that is the shared brainchild of Mario, with Enrique Abeyta (CEO of Project M, parent company of Revolver Magazine / Inked Magazine) and Sean & Thora Dowdell (Club Tattoo).

Mario has been featured on the covers of INC Magazine, Forbes, Bloomberg, Yahoo Finance, New York Times, “Keeping up with the Kardashians”, and more. He was a judge on the TV tattoo competition show “Pain & Fame” in Europe.

It was during 2006-07, when I started building my first tattoo shop at the Mandalay Bay in Las Vegas. It was right before tattooing exploded with popularity with the general public, and so, as an artist who was not only trying to build a career, but build an industry, it was very deflating. That’s when I started picking up the guitar just to balance out life, and distract myself from reality. It became a part of my daily routine, and by 2011-2012, I started writing songs.

I don’t know yet. I’m somewhat blindfolded on the diving board. It’s a very interesting environment. I have a lot to learn, but will figure it out as I go along.

We made some money from our first CD when it hit the radio, but I’m not sure about now, from the time I went independent and into the future. I do know it’s very difficult to get real revenue in the music industry. I think the entire music industry of performers, songwriters and producers are trying to reinvent the aspect of the business that deals with the challenges of protecting their rights, royalties and revenue streams.

Yes, you always have doubts, but that’s the balance of success. Using the fear and adrenaline to push you forward.

My closest family were my first fans. In fact, my parents still live near me in Las Vegas. However, I consider my future mother-in-law as my biggest fan. Since I met her 14 years ago, she’s always handing me my guitar, and asking me to play something when I see her. She’s a gem.

The most effective marketing strategy for my music and “About Kings” is totally old school… It is performing live shows. We’re the best live. I believe being present in the moment and being able to utilize all your senses is necessary for a great experience. That’s why we always want to get out in front of people, away from just social media. Not to say we don’t utilize social media, and love the support and awareness it can bring. We, of course, want to harness that power. But playing live is the best.

My son is 16 and our relationship was hurt during divorce with his mom. Divorce is often traumatic for the participants, and especially the kids. The more I pushed to improve my relationship with him, the worse it got. Sometimes you have to step back and let it play out, even if it hurts. My son is of enormous importance to me. As a parent, you hope to convey your love and support to your children, all of them, but you always need to know your child is their own person, and they are going through the same personal experience, but often in a completely different way, then the parent is. It’s tough.

Consistency, compulsiveness, not listening to naysayers, being truthful in what I do.

Finishing my last concert with Lonestar and Tyler Rich at The Mosaic in Las Vegas. 10 days before that show, my vocals were blown out. I had been through having COVID a month before. So, I had lost some time, and was over-rehearsing. Just singing too much and too hard. I was inhaling medication behind the curtain seconds before I went on to perform at the concert. But it was all worth it in the end. Seeing it all come together after weeks of preparation – there’s no bigger satisfaction than that. The band and crowd were awesome, and Lonestar and Tyler were fantastic to perform with.

The future is in the hands of our listeners. Of course, I would love to headline a huge show one day at the Allegiant Stadium In Las Vegas. It’s also my dream to play at the Grand Ole Opry in Nashville, where only the greatest of the greats perform. I’d sing backup vocals just to be on the stage. I may be a guy from Austria, by way of New Jersey, Miami, Nebraska, Detroit and Las Vegas…. But I’ve got Nashville in my soul.

I don’t really like taking instructions from people. I’d rather gain real life experience than read books. However, “Unleash the Power Within”, by Tony Robbins does teach very valuable lessons in life.

I’d tell myself to do everything that I did, because I’d always learn from everything. I regret nothing. I always swam upstream, but I learned that the more people who tell you not to do something, means the less people you’ll have to battle with when you do it.

Sure. They can reach out to my social platforms. Life is about paying it forward.