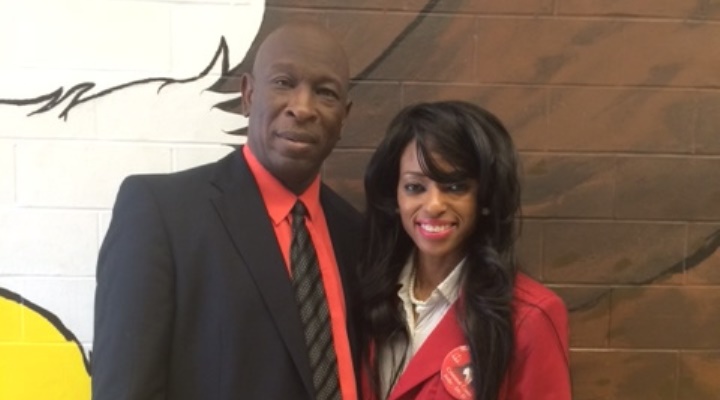 Marie Williams is a former Administrative Law Judge, legal aid attorney and Honorable official of the Orleans Parish Democratic Executive Committee.  Marie is a graduate of The National Judicial College, Loyola School of Law, Xavier University and McDonogh 35 High School.  Marie’s legal career began in the area of complex litigation with the Law Firm of Daniel E. Becnel & Associates.  In 1996, she worked on consumer rights cases that forced entire industries, such as the Tobacco and Breast Implant manufacturers, to correct the way they conducted business.

Thereafter, she turned her eye toward public service, as a legal aid attorney doing public service work for low-income persons, disabled persons, and homeless individuals, fair housing, civil rights and Service Employees International Union Local 100 work.  Marie is active in the community, a current member and former board member of the League of Women Voters, AIDS Law and other organizations.  From 2005-2010, she served as a Louisiana Disciplinary Hearing Committee Board member.

Marie worked as a partner with Peter Brigandi at the Brigandi Law Firm where they handled civil and criminal cases.  They conducted jury trials and one where the largest judgment 90 million dollars was given in Civil District Court.

When did you start your practice?

I began practicing as a lawyer for Daniel E. Becnel in August 2006.

Dropping off the kids at school, going to work, picking up the kids, doing homework, attending a community meeting or doing work on my computer at home.

What is one habit of yours that makes you more productive?

I wake up early around 5:30 am and I get a lot done early

None of my legal jobs were bad.  I loved, learned and got tremendous experience with the law and people who needed legal assistance. But, my worst job was my first out of high school as a cashier at a drug store in a neighborhood with a bad reputation but I wasn’t afraid.  We got robbed a lot, but you cannot look at a person and say who will steal, it was all sexes, ages, and races.  Early, I learned never to judge a book by its cover, you must treat each person as an individual and learn about them.  Never assume or stereotype what a robber or bad persons looks like. You must never prejudge anyone until you know facts and their story.

If you were to start again, what would you do differently?

Learn more about politics, the good and bad, before entering the arena.

What is one strategy that has helped you grow your practice? Please explain how.

My faith in God, kindness, and sincerity in helping people.

Tell us something about you that very few people know?

I am a trained singer, I studied opera. I was on the X-Factor for Daniel tv show singing, I made it to the stage before Simon Cowell.

Letter From a Birmingham Jail by Martin Luther King.  He is an excellent writer it is an open letter that became a book that defends the strategy of nonviolent resistance to racism. It says that people have a moral responsibility to break unjust laws and to take direct action rather than waiting potentially forever for justice to come through the courts. Responding to being referred to as an “outsider,” King writes, “Injustice anywhere is a threat to justice everywhere”.

All the Civil Rights Leaders, League of Women Voters Org. and people who fought for equality in any area needed.