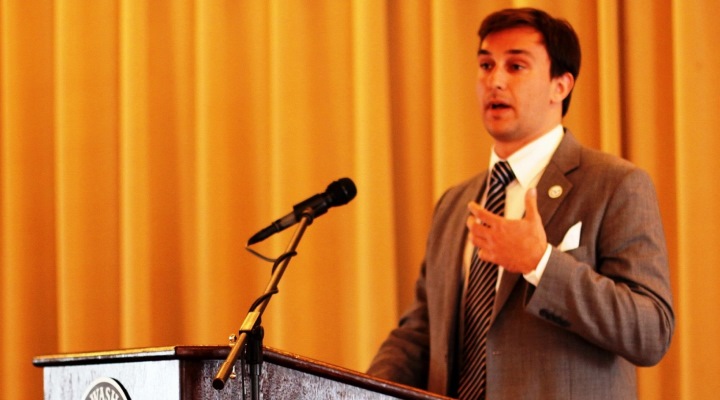 Luigi Wewege is the founder of Vivier Group and CEO of its Auckland based financial services arm Vivier & Co. He is also the Managing Director of its sister companies Vivier Investments, Vivier Developments, Vivier Home Loans and Vivier Mortgages.

Other current positions include being President of United Kingdom based Global Business Innovations and the Founding Partner of House of Pies, Germany’s first fast food Pie Restaurant & Pie Franchise which will be re-launched in mid-2015.

The Global Credit Crunch had relatively little effect on the New Zealand banking sector. In part, this fortunate stability was a result of the health of the country’s financial market and lending sector, which always faced much sterner regulation and control than many other countries during the boom years between 2002 and 2007.

For such reasons, since the 1990s, New Zealand has been the destination of choice for global investors, who have been well rewarded for their faith. Particularly, those from countries such as Japan and China, who flocked to place their household savings in New Zealand, have since received interest rates well above their domestic offerings.

It became apparent to me in late 2013 that many global investors wanted to enjoy the attractive rates offered from New Zealand, without exposing themselves to exchange rate risk and thus the idea for Vivier Group was born.

Vivier & Co generates interest income from lending on home loans and property development.  The former is typically represented by first charge mortgages on residential property, whilst the latter typically takes the form of first or second charges over residential projects with existing planning permission.

In fact not very long at all and Vivier & Co has the advantage of a lean internal expenditure structure, with mainly direct costs and minimal overheads in New Zealand and elsewhere.

Its borrowers often operate a similar cost model. In this way, Vivier & Co is able to grow deposits significantly, to maintain relatively static fixed costs and thus to predict its income with a high degree of accuracy.

Yes some years ago, the New Zealand Government withdrew their deposit guarantee scheme for all banks and financial institutions. Other government schemes typically offer low levels of cover.

Once we went live, it didn’t take very long for word to spread of our rates being higher than retail banks and to receive our first customers. The reason for this is that the larger high street banks had governments provide ample funds at low rates to them to encourage lending. Thus retail banks do not require deposits from savers and so are not paying reasonable interest rates.

We have an international advisory board, with members based around the world and we offer local customer service directly through teams responsible for each major language and/or jurisdiction.

For me, it has to be the onset of digital banking firms and I find it fascinating how it’s forced larger retail banks to increase their pace of digital adoption.

As established banks cannot stop client attrition to agile start-ups and niche players, these banks are now beginning to think more like disruptors, obsessing about consumer experience and using digital technology to avoid being totally outflanked by new entrants or established competitors.

We had to push back our timelines of expansion into Southeast Asia. There were numerous challenges for us and access to boutique financial services remains low across much of the region.

In addition, many consumers don’t have an awareness about the meaning of “boutique financial services,” so the burden falls on the first movers, like us to explain the benefits to the market.

I ask for input from others to help me reach the best decisions, and entrepreneurship is all about taking calculated risks and you will always create better strategies if more facts and information go into the decision-making process.

I have been fortunate to have several satisfying moments the past year and four in particular stood out for me above others.

Last year, after several months of negotiations, the purchase was completed of Vivier Mortgages Limited, a Dublin based home loan company. This will enter them into the mortgage industry, as well as offer a chance to take part in the fast moving Irish economy.

Similarly, the Vivier Property division has recently established an association with first rate, experienced developers in the United Kingdom. This will allow the group to invest in a wide range of residential real estate that will expand the asset side of the balance sheet and offer even more security to their clients.

Finally, the Vivier Technology division has entered the scene as a crucial part of the offering, and a short while ago, the company mandated a top design firm to rewrite the entire website.

At the same time, we have signed up with a new debit card organization, affiliated with VISA and MasterCard. This will allow us to simplify account opening procedures and online banking as well as to improve data protection and functionality from anywhere in the world.

To relax, I immerse myself in sport. I played several sports at the state level and was an NCAA collegiate golfer on scholarship in America.

Besides sports, I enjoy spending time with my beautiful wife and our Parson Russell Terrier any moment I can.

Of late it has been William L. McKnight, a former Chairman of 3M and founder of the McKnight Foundation. Every entrepreneur will hit a point when what they are working on stagnates, primarily due to lack of time and delegation. McKnight’s legacy is one of business philosopher and his thoughts on management are still as applicable today as the day he wrote them 65+ years ago.