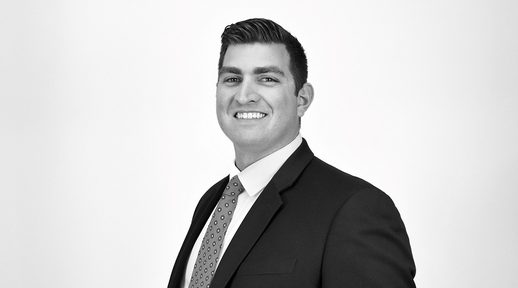 AllSocial was created to fill a current need in the marketplace. We understand the issues that users face with other social media platforms and that’s why we uniquely developed the AllSocial platform.

The Goal: to correct the areas where the current social media marketplace has yet to address. With AllSocial, your data will NEVER be sold. We want to connect the entire world to one main social hub. All your content from around the web, including other social media platforms, can be posted and played right from your AllSocial news feed. Lastly, AllSocial truly puts control back in the hands of users. No algorithm decides which posts get seen and which get suppressed. Part of the reason AllSocial has attracted the attention of Hollywood celebrities and popular influencers is that 100% of all your content gets delivered to each and every follower. With AllSocial, gone are the days of worrying about your followers not receiving your messages. Users can create a free profile and start connecting with friends and influencers by downloading the AllSocial app today.

AllSocial is a 100% free platform for all users. That being said, our revenue plan at AllSocial is to make money just like Facebook or Instagram do: through the utilization of selective ads within the platform.

As a true startup, we are backed by venture capitalists and expect to be profitable in the near future.

I wouldn’t say we doubted that it could work, but we wondered if we could actually pull it off. There’s such a demand for social media in our society and the space is dominated by one or two large platforms. We knew we had a unique value proposition and just did our best to show our consumers how AllSocial will improve their entire social media experience.

How did you get your first customer/user?

As individuals, and users of social media, we wanted to scratch our own itch and make the type of social network that we wished we could use.  We were our own first customers and the site has exponentially grown since it was first founded. We already have over 700,000 users and are expecting to cross the million mark in the coming weeks.

We use a variety of different strategies to create awareness for AllSocial, including online advertising. We’ve also tried to rely heavily on our own users, knowing that word of mouth and personal testimonials about AllSocial from current users will really help people start connecting with friends and topics on the platform. It’s been highly successful and so far, has been responsible for a major portion of our growth.

As anyone who has been involved with startups knows all too well, allocating resources efficiently and in a cost-effective manner is a daily objective. We’re constantly shifting our priority focus based on user response and technical innovations within our industry. We make tough decisions every day. Thankfully, some of them have really paid off as we approach the one million user mark in the near future.

We’ve seen success in this early stage due to the unique nature of our platform. We’re simply leveraging the needs of users in the current social media marketplace and fulfilling those needs on AllSocial’s platform. Social media users are tired of having their posts and messages controlled by an algorithm they don’t understand.  AllSocial users enjoy the peace of mind in knowing every post they publish is delivered to 100% of their followers. All Content to All People. That’s something that the major social media companies are unable or unwilling to provide.

It’s been amazing to see the response from users who have tried AllSocial and loved the platform. We’ve worked extremely hard to understand our customers and provide them with a social media experience they simply weren’t getting anywhere else before AllSocial arrived. When users genuinely thank us for our work, it’s so rewarding. We attribute our success and growth to the fact that AllSocial fills a need in the marketplace that other social platforms simply aren’t fulfilling.

AllSocial’s future is very bright. We’re gaining users at an increasing rate with no end in sight. We look forward to becoming the biggest alternative to Facebook and Instagram in the near future.

Tools of Titans by Tim Ferris

How to Win at the Sport of Business by Mark Cuban

That’s an easy one. I found the greatest Moleskine notebooks from Costco. For people who love to make lists, like I do, you need a great notebook. These particular ones came in a nice five-pack and I carry one with me everywhere I go. It might be old-school, but I love using a real pen and paper to write down my ideas and to-dos.