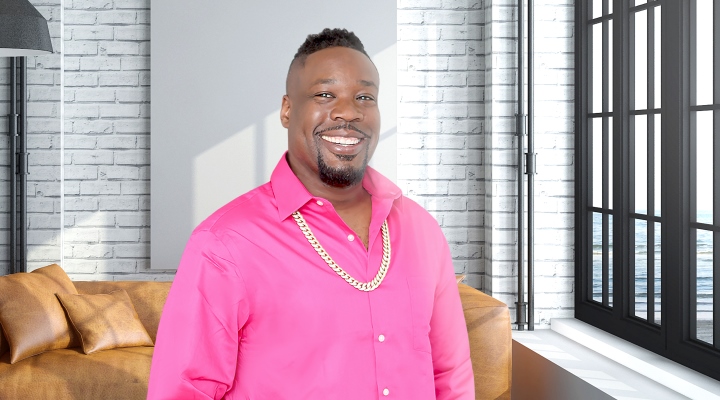 Lindsay Guion was born in Washington, District of Columbia on 28th July. He was raised in a middle-class family with his father who served in the army. In fact, his father was in the airborne division and served his country proudly. On the other hand, his mother was a loving homemaker as well as a cook. When describing his parents, Lindsay Guion is proud to say that they were loving, kind, and raised their children well.

Lindsay Guion is a middle child and he attended Bethesda-Chevy Chase high school. During his senior year of high school, he was elected as the debate club chairman and led the school team to the nationals. After graduating from high school, Lindsay Guion attended both Georgetown and Harvard. He later pursued a Program on Negotiation at Harvard Law School.

While in the last year of his high school academia, he got hired by IBM where he worked for four years and acquired his initial professional skills. However, he left shortly to establish his own organization, “GUION PARTNERS” which is a private management consultancy in New York City.

Aside from his professional life, Lindsay Guion is an ardent football fan of the Washington Redskins.

I started this business with just three employees in a tiny 3rd-floor office. In the initial stages, I only had a group of five motivated employees, and the organization has currently at least 12 employees. I am a sports & entertainment enthusiast, and I identified an unexploited niche in brand management. I took this idea, made sure that it was incubated until it was mature and ready for fruition, and finally implemented it.

In my line of business, my clients pay me to represent their brand. The company, GUION PARTNERS, also entails increasing their digital brand visibility which also means an increased sale of their merchandise. The more clients I have, the more the return of investment.

How long did it take you to be profitable?

It took roughly one and a half year for the business to break even. Most firms take only one year. However, I chose to cushion the risk to avoid the company from relying solely on the profits. While it may have prolonged the process of profitability, it was definitely better to be safe.

When you were starting, was there ever a time you doubted it would work, if so how did you handle it?

The first six months of the business were difficult mainly because I did not have a presence in this industry. Furthermore, I was bringing a new idea which the clients were not entirely comfortable with or familiar with. The frustrations of not getting where I wanted at the right time made me doubt the credibility of the concept. However, I remained determined and focused and eventually my business solidified.

How did you get your first high profile client?

I made a short Twitter video about my private client group. At the time, majority of the people were still on Facebook; thus, large numbers of activity on Twitter were an advantage. The video went viral, and within thirty minutes, I got a message from D’Angelo. We met over the next day, and that is how I got my first high profile client.

What is the one business strategy that you are using that works well to generate new business?

SEO marketing is one of the most useful tools I have come around. With the growth of websites such as Bing and Google, SEO makes sure that your brand is on top of the inquiries. With proper understanding and implementation of SEO, an individual can take advantage of it and make sure that their brand has as much visibility on the internet as possible. Consequently, clients can get organizations information once they search for a specific word.

What is the toughest decision you have to make in the last few months?

In the last few months, the organization expanded to other franchises to capitalize on the market. I had been hesitant on the move since it was new to the territory. In the end, I decided to take the risk, and in some few months, we will see the results.

I think my success comes from the cordial relationship created with my team. Furthermore, I am always open-minded to new ideas brought to the table. I make sure to analyze it and formulate possible outcomes of new ideas before acting on them.

My most satisfying moment was cashing in my first check from Sony Music Entertainment. It had been a tough six months trying to gain traction, and the first paycheck was well worth the effort.

Currently, what the future holds for GUION PARTNERS is the company exploring to other entities, and I am also thinking of expanding. I am most excited to learn the tropes of the other entities since I am a sports & entertainment enthusiast.

Outliers: The Story of Success by Malcolm Gladwell is one of my favorite books. The book looks into the research of the 10,000-hour rule. I find it necessary as it focuses on motivating employees, which is a crucial skill all entrepreneurs must possess.

What is the recent purchase you have made that’s helped with your business?

Paid marketing advertising with social media platforms has been one of the best recent purchases. The publicity has increased the visibility of the organization. As a result, when approaching a client, they are already briefed about the organization’s vision and goals.