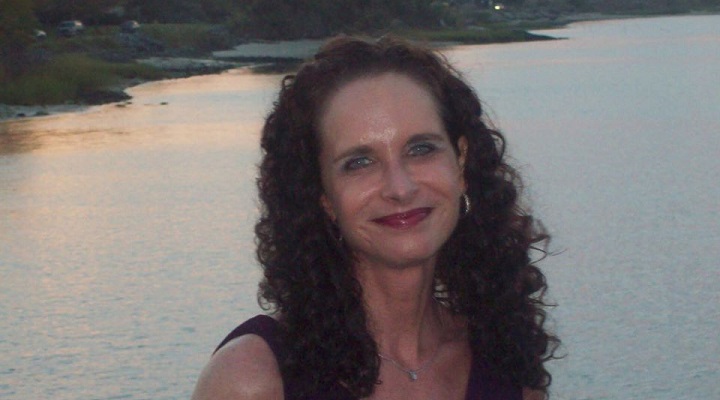 Laura Harris of Waldwick was born in southeastern Pennsylvania and, as a child of divorced parents, she lived her life traveling back and forth from one parents’ home in Pennsylvania to the other in New Jersey. The tumultuous way of life brought Laura to the conclusion that she was not a very good student. By the time she was sixteen, she was working full time and left school in favor of making her job a priority.  When the company for which she worked relocated to the state of Texas, Laura was offered the opportunity to relocate with the organization. She declined the offer, desiring to stay in New Jersey and near her family.

As the company relocated to Texas, Laura considered her options. Feeling as though she had a lot to catch up on, she went back to school at age twenty-three and enrolled at Washington College in Maryland. She earned her bachelor’s degree with a double major in political science and United States history within three years. She went on to earn her master’s degree from The College of William and Mary in one year.

Laura met her husband while she was in college, prior to moving to Waldwick. After graduation, she was offered several high powered position offers in the Washington D.C. She declined all offers to marry her college sweetheart and relocated to Suffolk, Virginia with her new husband.

With very few positions available in southeastern Virginia for a person interested in politics and government, Laura took a position as a grant writer for a children’s hospital in Norfolk Virginia. When a position opened up at the municipal building offices in Suffolk she jumped at the opportunity to work in the political arena she so desired.

Laura was hired for the local government as a Senior Administrative Analyst in a municipal administration position. She fell in love with the work. It was very hands-on. The passion she had throughout her career positioned her to climb the ladder of success, and she rose to meet each challenge.

She has been in public service for over twenty years. She followed her passion and experienced a wealth of satisfaction in her work and an abundance of gratification in her positions in municipal administration. Laura has had a very long and rewarding career.

Laura has since returned to her family in the Philadelphia area. She is an avid reader of history and 19th century literature. She enjoys exercise and staying fit. She spends most of her time with her two beloved dogs and her close family.

How did you get started as a Municipal Manager?

My first job out of grad school was as a grant writer. My first job in local government was in a low-level municipal administration position. I fell in love with the work. It was very hands-on. I moved up the ladder and became more “boots on the ground.”

There was a wide variety of work that directly impacted people’s lives. It was both satisfying and rewarding. I could see the accomplishments of my efforts. I have such love and passion for my work. I truly understand how the finer details of a project can affect the bigger picture for the residents and taxpayers that I serve.

The experience and gratification I acquired while working for four municipalities of various size, character and income levels ignited my passion and predetermined my career path. It has been a very long and rewarding journey.

Tell us how you became a good Steward with taxpayers’ money?

Municipal budgets can be quite complicated. Fully understanding municipal budgets comes with experience. Much of it is mandated by the state. You have to be fully aware of what you can do and know what you can’t do. It is a large document. As a municipal manager, I review all expenditures down to the cost of the toilet paper. Every five-hundred dollars that I spend or save matters. It all adds up. There is an enormous amount of detail to research. I spend much of my time researching those details.

I am a watchdog of planners and attorneys and such. I am not afraid to question them. If expenditures are not appropriate, I will not hesitate to stop them. Staff expenditures were also included in the budget. I made sure that all positions are evaluated and that roles and responsibilities are cost-effective.

What is your strategy for supporting elected officials?

It took quite some time to develop. I began my political career as an assistant. Over the next ten years, I worked for a very diverse town. It had a very interesting council. There were seven different people all with different agendas. The general philosophy was to be the person behind the people. I understood when things went well, they get credit and I take the hit if things go bad. I had to balance competing agendas. My research had to be thorough when I was informing them. We didn’t need any surprises. If there is a new ordinance or new project that is coming before the council for approval, or you are justifying a new position for staff, then research is critical. When it came to addressing public concerns, It was my responsibility to inform council members of questions they may receive from the public. I provided well-researched reports to protect them. I wanted them to be knowledgeable about public concerns. The report or memo would assist council members in addressing those issues. Supporting council members means being that person behind the people and protecting them when needed. Making sure communications with them was always open and frequent. And always being well prepared.

How do you go about keeping Community Relations strong with your Constituents?

Keeping in touch with everyone used to be done by sending a newsletter to everyone in town. With social media, it is much easier. We can do email blasts with applications such as Constant Contact and things of that nature. Expenses have become reduced significantly, and newsletters are put out weekly now. I have been responsible for that since the beginning of my career. We use applications that send out information to all social media outlets at once. Emergency alerts or crisis events can be addressed daily.

What is the toughest decision you’ve had to make in your career?

Typically the most gut-wrenching decisions that have to be made are personnel related. The decision has to be made when it comes to taking disciplinary action or terminating someone. Civil service and union contracts can be very difficult when dealing with these situations.

I once had an employee who was having a problem paying his water bill. He worked for that department for over twenty years. We tried to work with him on a payment plan but he refused to comply. We had to turn his water off. He turned it back on illegally twice. We had to terminate him. It was the toughest decision I had to make during my career.

When I first started my career as an assistant, I attributed my success to my written and verbal skills along with my ability to cultivate relationships with people. When I became an administrator it was my ability to handle emergencies. I didn’t panic and I understood my resources and I could cover all my bases. Being able to keep my cool is one of my strengths.

I had written a successful grant to complete a project. The person who was supposed to do the strategic planning suddenly became unavailable for the project. I had never done strategic planning but the project was given to me to complete. I learned a lot about planning through the process. I received a hundred thousand dollars. Every aspect of the project had to be addressed such as smart growth, environmental planning, transportation, mixed-use facilities, recreation, historic district planning, and so on. I coordinated all the public meetings and worked with planners. It took a year and a half to complete. It was a 250-page document that is used in New Jersey as a template for strategic planning. It was a significant success for me.

What is the most unexpected aspect of Municipal Management that you enjoy?

I have contemplated going back to earn a planning degree. Ever since I completed the previously stated planning project, I realized the positive impact of how good long-term planning shapes the character of a community. It creates a place where people would like to live. I have been fascinated with long range planning.

What books or publications have inspired you?

Treatise of Government, by John Locke. He sets forth what the purpose of government was, and still is. Which is, the protection of person and property.

One lesson I had to learn to work in local politics is when to speak and when not to speak. I had to be mindful that I was there to implement someone else’s agenda. I learned that I was to communicate to the public what the elected official’s opinion is on any given subject. I would tell my thirty-year-old self that sometimes silence is the safest and most appropriate response.

I would love to be a mentor and share my passion for this industry with younger people. I’d like to help them see the impact that they can make in their own community. I can be reached through my email at LauraHarris883@yahoo.com