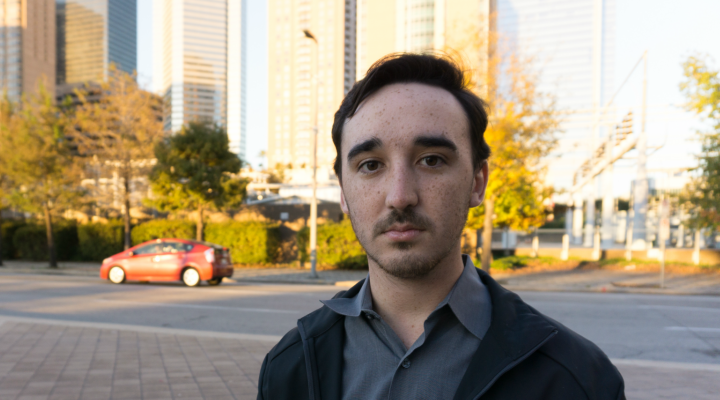 Kindrid is a Houston-based composer and EDM producer and one of the hottest emerging artists on the EDM scene.  He creates primarily half-time drumstep and bass music.

Kindrid’s “basement tape” of an original composition titled “Demise” attracted the attention of deadmau5 on a Twitch.tv broadcast and the megastar almost immediately began work on a remix viewed by thousands within just a few minutes from airing live.

Kindrid Music is a quickly growing brand with acclamation from several leading members of the EDM community and very positive recent press.

I developed a love of music from a young age.  My earliest memories include imitating and reciting sounds that I would hear from the television, radio or computer.  This love affair began when I was three years old, this is when I started taking piano lessons and I have been playing ever since. Today, I write music and use Ableton software.

How would you describe your sound and style?

My signature style is a mixture between Melodic Dubstep, Future Bass, half-tempo Drum and Bass. I create a diverse selection of music including chill-out music and progressive house.

Where/how do you find inspiration?

Melodies just come to me, but in terms of inspiration, I have always been somewhat of an emotional person, and I use that to my advantage when I write music.  I am inspired by artists like deadamu5, Paul Wall, Notaker, various classical composers, and film scores.

Which music producers/DJs most inspire you?

What has been your personal career highlight so far?

This one is easy!  When deadmau5 started to remix one of my tracks on Twitch.tv!  He even  joked that the likes of Monstercat Recordings and Spinnin Records would be interested in signing this track.  I have heard about people like Chris James being discovered overnight by large producers like deadmau5, and it was great to get the acknowledgement for my music.

Although I don’t think I am there yet, I feel like I am on my way.  For me, it’s not about the money, but getting my music out there to as many people as possible and I’m very grateful to deadmau5 for giving me this incredible opportunity and sharing some of his time and experience with me.

Where do you think the music industry is headed? One year from now? Five years from now?

Well, we just finished watching the Grammy Awards and electronic music was well represented, but as for the industry, I think it’s going to get a lot smaller and more label based once again.  The takeover and convenience of streaming services makes it incredibly difficult to make money off of music when you are small, that and the fact that people rarely want to pay for art, which is ironic, because it is one of the hardest things to do well.

What do you like to do for fun outside of working on music?

I enjoy hiking, travelling and cooking.

What is one song that never gets old for you no matter how many times you hear it?

It’s hard to choose only one song, but “Carry Me Away” by Rootkit, “Believe Her” by MrFijiWiji and “Letterbomb” by Green Day.

If you could eternally be stuck in one year’s music scene, which year would it be and why?

I think 2017 was an amazing year for electronic music.  There has been tremendous creativity and people are pushing the boundaries of the genre, sharing generously and the music has been incredible.

What advice would you give to other aspiring music producers/DJs?

Keep writing, never give up and be open to constructive feedback.